Dreams: Your Inner Guidance Every Night

by Dr. Christiane Northrup: Our souls broadcast wisdom to us every night in the form of dreams… 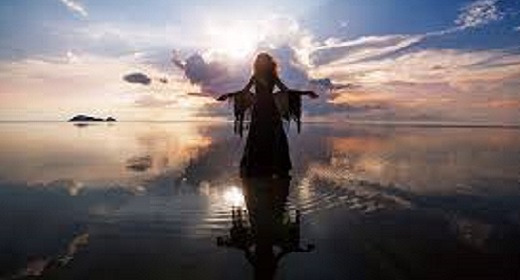 When we learn how to pay attention to our dreams, we develop a very streamlined way to access our inner wisdom. And the more you practice, the more skilled you become. Dream recall is well worth the effort.

Though I’ve always been interested in dreams, I have become a much better student of my own dreams over the past six months or so by working with Dr. Doris E. Cohen. Dr. Cohen is a clinical psychologist and psychotherapist who has spent decades doing dream analysis as a way to help people on their soul’s path. Dr. Cohen explains that everything in our dreams is symbolic, and calls dreams the language of the unconscious. For example:

If you can interpret this language and make connections between your unconscious thoughts and your waking life, you can discover a lot about yourself and what makes you happy. In doing this exercise over time, I have opened up an entirely new relationship with my unconscious and my soul. And now, I often know what a dream is trying to tell me without needing much outside interpretation. Here’s an example:

I dreamed that I was in the basement of my house (my subconscious), and a man was there, installing a new Internet router (obviously a sign that I was now upgrading my ability to access my subconscious). There was a bit of water on the floor (which indicates cleansing of old emotions), which is not usually there in waking life. I found a big box of old stuff, which I decided to go through. And at that moment, I found a big door—as big as a garage door—that led out to the lawn.

I opened the door to the outside, letting in a lot of air and light. (The door indicates easy access to the subconscious [basement] while also bringing in air and sunlight to what was formerly dark.) I thought the contents of the box would be damp and moldy, but everything was in good condition. There was an unused set of grilling tools still in the box and also lots and lots of clothes. I tried on the clothes, showing my daughter a “romper” from the 70’s and saying, “Everything old is new again,” because that style is back in fashion. Most of the clothes didn’t fit or were not appropriate (clothes represent the roles we play in life). I finally decided to take everything in the box to Goodwill or the dump. (Throwing out old clothes means discarding obsolete roles from the past that no longer work.)

Doris suggests giving each dream a title, as though it were a newspaper headline. That exercise alone is highly valuable—I often find that the title nails the meaning of the dream. Here’s the title I gave my dream: “Bringing new communication technology into basement; airing out and removing old tools and clothes.” The point of the headline title is to summarize the main points of the dream—remembering that though the title may sound superficial, it is actually shorthand for the symbols in the dream. In the case of this dream, I was bringing in better ways (Internet router) to communicate with the outer world from my deepest inner being while bringing air and light into a previously dark space. It also means I’m discarding old roles (clothes) to make way for new ones.

It is also possible to do a “dream incubation,” which is a way to ask your subconscious to give you a particular dream for guidance. I did this over 20 years ago when I was trying to decide on which publisher I wanted to work with when writing my first book. Though the details are foggy now, I recall that one of my choices was a man who, in my dreams, was shadowy, which meant I didn’t trust him. Ultimately I chose someone else.

Dreams can also help you with your health. One of my colleagues once dreamt that he was bleeding to death from his rectum. The dream was so vivid and frightening that he went in for a check up, including a colonoscopy. It turns out he had very early colon cancer, which was completely treatable. He credits the dream with saving his life.

One more thing. It’s VERY common to be going about your day and suddenly remember your dream from the night before. PAY ATTENTION. Your soul is trying to tell you something.