by Rupert Spira: Do you have a comment about finally resting in lasting Happiness? 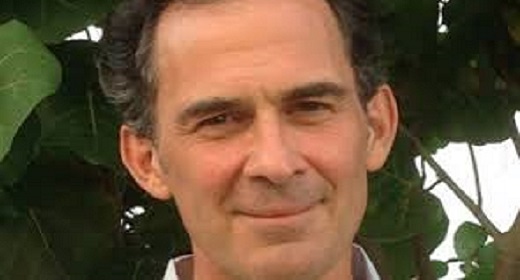 I’m writing to ask you about allowing difficult emotions to arise and unfold as they will.  The investigation into direct experience has always been a simple logical process for me with a few stumbling blocks dissolved quietly in time.  On the other hand, the allowing of difficult emotions to unfold has been a bit tumultuous.  I often find myself applying techniques of “welcoming” to get rid of them, which of course is no welcoming at all. Eventually an allowing takes place beyond any volition I can claim to control and there is space and a measure of peace.  It does not last, and I am left with what feels like a cycle.

Why I continue to identify with this cycle without any evidence to support that identification is a mystery to me.  Somehow this sense of raw misery that kind of lives in the body and mind feels like some sort of evidence of separation.  But if I look at it closely it has no validity. Sometimes this deep looking is enough to dispell it. Sometimes it only seems to exacerbate the discomfort.

It feels like I will never know peace as long as this raw misery remains. And then it also feels as though I will never know peace as long there is a wish for it not to remain.  I am dumbstruck.  The precision, grace and delight of the investigation gives way sometimes to an utter despair.  Even the psychological disfunction that occasionally accompanies this despair, appears to be nothing more than a decoy or this raw misery in disguise.

Do you have a comment about finally resting in lasting Happiness?

Any guidance or thoughts you may have are most welcome and honored.

Best wishes and thank you again for visiting us in New York.

Thank you for your email.

As you have already seen, welcoming with a view to getting rid of whatever is being welcomed is not really welcoming. The same is true of ‘looking deeply.’

The point of welcoming or looking deeply is not to dispel suffering. It is to see clearly that the one who suffers is utterly non-existent. When this is clearly seen what remains of the suffering which revolved around and depended upon that non-existent one?

Look again and see clearly that the separate suffering ‘I’ can never be found. And likewise see with absolute clarity that that in which all appearances of the mind and body arise (ie. Awareness) is always and already inherently free of suffering. Be that one knowingly. Take your stand as that.

Likewise, do not look for lasting happiness. Happiness does not last in time. Happiness is timeless.

Take this investigation deeply into the body. Once it has been seen that the separate entity is a fiction, a belief, only these raw, mildly uncomfortable sensations are left. And they are appearing in and ultimately made out of this ever-present Awareness which is freedom and happiness itself. Be that knowingly and allow all this discomfort to flow through you.