by Marc Serber: Back in February, the results of a groundbreaking new survey illuminated the dire issues Africa’s emerging generation is facing when it comes to climate change… 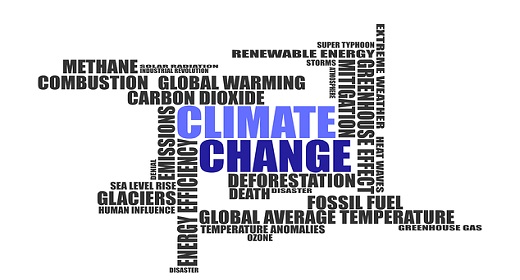 The African Youth Survey, a sweeping assessment that canvassed 4,200 18-24-year-olds across 14 Sub-Saharan nations, found that the overwhelming majority (81%) voiced serious concerns about climate change and environmental damages to their continent and respective countries.

With COVID-19 spreading across Africa, the risk of death is especially heightened in polluted areas. Unfairly, the elevated risks and the majority of climate change issues that plague the continent, are not of their own volition.

While Africa is home to nearly 20% of the World’s population, the continent has only contributed 4% of its carbon emissions. Yet this generation isn’t necessarily calling on the main culprits to fix the problem. Across the sample, 57% believe that all countries have an equal responsibility to address climate change through renewable energy and clean technology. Furthermore, 60% said they would consider a potential career in industries relating to sustainability.

This suggests that African youth are more interested in addressing climate change than pointing the finger. It is important to note that this is a major shift from the world narrative, that Africans want other nations to fix their problems. As with other trends throughout this comprehensive survey, the results show a real sense of Afro-optimism and Afro-Responsibility.

This generation is further holding its respective governments’ feet to the fire. With 79% of survey takers vexed by mounting plastic waste issues, 58% voiced dissatisfaction with recycling efforts in their countries with the highest levels of concern coming in Gabon (77%), Zambia (79%) and Zimbabwe (80%).

Yet despite this positive outlook, a willingness to voice opinions, and a desire attack the problem head-on, the bottom line is that the situation is dire. Nearly nine in ten (86%) respondents are worried about the immediate threat of water scarcity with that figure spiking to 96% in Ethiopia.

Furthermore, An in-depth report by the Brookings Institute suggests that GDP exposure in African nations vulnerable to extreme climate patterns was projected to grow from $895 billion in 2018 to roughly $1.4 trillion in 2023—nearly half of the continent’s GDP.

With coronavirus now a chief concern, especially considering how climate change may exacerbate the problem across one of the world’s most populace continents, yesterday’s Earth-Day and the results of the African Youth Survey should serve as a call to action, not only for African governments, but for those across the renewable energy industry. There is a great opportunity to work alongside those who will bare the brunt of climate change’s inevitable effects. Young Africans are taking responsibility without pointing the finger, but shouldn’t those from countries responsible for the majority of this devastation at least share some of the burden?