Pablo Picasso And His Women

by Pola Otterstein: Pablo Picasso perhaps the most influential and recognizable painter of the 20th century, is well known for his deep love and appreciation for women… 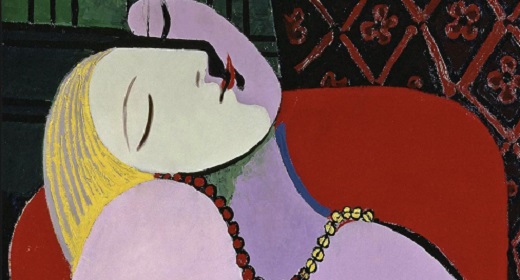 Picasso did not have an easy relationship with women – he only loved them – yet in some cases he was abusive. Although he had many lovers throughout his life, only eight of them became his muses, the women we can still admire in his paintings today. What is the real story behind the well-known sentence “Pablo Picasso and his women”?

The first of his muses was Fernande Olivier, who was also his first long-time partner. She is depicted in many pieces from his Rose Period. The painter met this striking beauty in Paris, and was smitten by her red hair and gorgeous eyes. As the years passed, however, Picasso, unfortunately, became very possessive with his lover, and in the end she had no choice but to leave him.

The second of his muses was Eva Gouel (Marcelle Humbert) who was one of Fernande’s friends. Once she and Picasso became a couple, they stayed together for three years. Eva is often called the “queen of his cubist works” as she appeared in a series of his works of that genre. Unfortunately, she was diagnosed with tuberculosis, and Picasso quickly began an affair with a woman named Gaby.

Following Eva’s death, the painter left France and moved to Italy, falling in love with Olga Khokhlova, a Russian ballerina. She became his first wife, and a big opponent of the Cubism he was developing at the time. She demanded to be painted in a completely different style. The couple had a son, Paulo, who inspired Picasso to begin a series of paintings entitled Maternité. Due to Picasso’s flirtatious character and his refusal to stop having extra-marital affairs, his wife eventually experienced a breakdown. In the end, she left with their son and moved to the South of France, but never got over her obsession with her husband.

The fourth of Picasso’s muses was Marie-Thérèse Walter, who was only seventeen when – as a victim of Picasso’s love for women – became pregnant with his child while he was still married to Olga. Even though the age difference was very significant – at 29 years – the delicate young girl was probably the only woman Picasso was truly happy with. She had the perfect look and character for modelling for his Surrealistic pieces, and Picasso manipulated her with ease. Although they had a daughter named Maya together, due to the artist’s unfaithful ways they eventually grew apart.

The woman he began having an affair with while still with Marie-Thérèse was Dora Maar. She had similar passions towards him. She was a photographer and a painter and was very intelligent. Dora was witness to him creating his masterpiece Guernica.

She suffered a total breakdown after finding out about his affair with Françoise Gilot in 1945, and once said “as an artist you may be extraordinary, but morally speaking you are worthless.”

With Françoise Gilot, a 21-year old aspiring painter and law student, he had two children –Claude and Paloma. She was deeply in love with the painter, but even that feeling was not strong enough to survive his difficult behaviour. She could not stand his abuse and philandering and left him in 1953. In 1964 she published her memoirs called Life with Picasso and moved to New York.

As he had a preference for much younger women, while still with Françoise he became involved in an affair with 24-year-old Genevieve Laporte, who also ended their relationship in 1953. In 2005 she auctioned 20 drawings of herself by Pablo Picasso.

In 1961 the painter married again at the age of 79. His 27-year-old bride was Jacqueline Roque, who treated him like he was a saint.

The period when he was with her was a very creative time for Picasso. She was his last muse and appeared in more than 400 of his paintings and ceramics. The artist died in 1973, with Jacqueline by his side. Thirteen years later, she decided to commit suicide after concluding that she had accomplished everything for him.

While Picasso left behind a huge legacy, he was highly influenced by all of the women that he had known like nobody else could have done.