Sharon Salzberg Reveals Why Our Interconnectedness Is Our Greatest Strength

by Sharon Salzberg: In her forthcoming book, Real Change, Sharon Salzberg explores how nourishing our essential goodness and compassion empowers us to be forces of change that both soften and strengthen us… 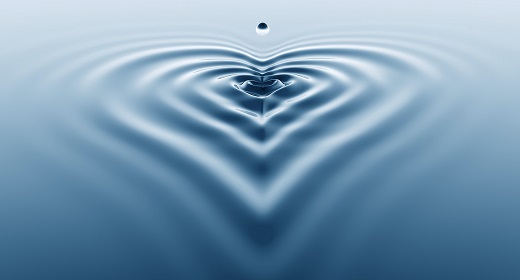 Most of us are familiar with the description of the fight-or-flight response to stress or trauma: our common tendency to perceive a situation as an imminent threat, and react either by gearing up (physiologically, hormonally, and emotionally) to fight for survival or alternatively gearing up to run away as fast as we can.

I felt gratified when stress experts expanded these familiar descriptions to include another common, ready reaction: freezing. It made sense to me as soon as I heard it. We each engage in all three of these reactions, of course, but it seems that each of us has a tendency to gravitate toward one of these more than the others, based on our individual conditioning. I’ll lay claim to freezing as my most frequent automatic reaction, rather than getting ready to bolt or starting to attack.

The reactions of fight, flight, or freeze appear to be more of a chronic state that is starting to rule our patterns of consumption and communication, our media, our use of technology, our relationships, the dimensions of our generosity, and the limits of our imagination. We are more afraid, and we are isolating ourselves more: Not surprisingly, the number of people describing themselves as quite lonely is shooting up, as reported in the United States, in England, in Japan.

It’s no wonder we’re fearful and despairing, since it can feel like we’re being hit with an avalanche of sad news on many days, while we so rarely hear inspiring visions of the future. Many people, particularly young people, feel trapped. They say that they find themselves participating in, and therefore perpetuating, a system they did not create, that does not reflect their values, and is destructive of the planet and inequitable. How to have inspiration, they ask, when the only game in town feels rigged? There’s a cognitive dissonance that goes along with that kind of trapped feeling. It’s a form of daily moral injury, what journalist Diane Silver described as a “soul wound that pierces a person’s identity, sense of morality and relationship to society.”

As I’ve traveled around the world teaching, I’ve gotten a sense of the prevalence and depth of the moral injury resulting from world events. In the political climate of the United States in early 2018, I myself encountered near at hand the very ingredients I needed to feel triggered: deception from authority figures, shifting narratives not in accord with objective reality, one’s own perception of the truth continually undermined. My childhood had been shaped by people who I believe cared deeply about me. Yet, they thought the best way to express that caring was by never mentioning my mother after she died when I was nine. They thought it best to describe my father’s overdose of sleeping pills when I was eleven as accidental—never explaining how a mere accident led to the rest of his life being spent in one psychiatric facility or another. It was painful to figure out when I was away at college: “Oh, that kind of pattern speaks more of suicidal intention than of an accident.” Feeling something to be true right down to the cells of your body while having that truth affirmed exactly nowhere outside, in fact denied, can make you feel just crazy. That was the flavor of my childhood.

I have values that serve as a North Star in my life, such as a respect for myself and others and a commitment to balance. I have insight into ways of fostering resilience, and can remind myself, with genuineness, of the crucial fact that I am not alone.

But now, unlike in my childhood, I have tools I’ve learned in meditation practice. I have values that serve as a North Star in my life, such as a respect for myself and others and a commitment to balance. I have insight into ways of fostering resilience, and can remind myself, with genuineness, of the crucial fact that I am not alone. I believe in the healing power of love. Helplessness no longer feels natural, the way things are meant to be, but a distortion I can address and do address.

When I want to summon strength and power in the midst of awfulness and hate, I contemplate water. Our ideas of strength so often surround images of things that are hard—like rock or even a clenched fist. Perhaps that’s why we think love doesn’t include strength, just softness. We are thinking in only one dimension. That’s why I think of water, in all its manifestations. Look at the many ways we experience water: It trickles, spurts, floods, pours, streams, soaks, and shows itself in many more modes. All these convey evanescence, release, flow. They are all about not being stuck.

Water is flexible, taking the shape of whatever vessel it flows into. It’s always interacting, changing, in motion, yet revealing continual patterns of connection. Water can be so expressive, a signal of our most heartfelt feelings. We cry tears of sorrow, tears of outrage, tears of gratitude, and tears of joy. Water can be puzzling, seeming weak or ineffectual, yielding too much, not holding firm. And yet over time water will carve its own pathway, even through rock. And yes, water freezes. But it also melts.

Human beings have always found uplift and inspiration in metaphors, like water, but we also take inspiration from other people, and their strength and resiliency in the face of difficult circumstances—the ways in which they unfreeze themselves and make change. Not just in one way, but in as many ways as water flows. I have been so moved by people I know who act in ways that seek change and who also tap into an inner strength—a way of being as well as a way of acting. I want to lift up exemplary human qualities wherever I see them emerge, however people get there, because it is in recognizing those qualities that we remember what’s possible for us.

Envisioning What Is Possible

This journey of envisioning what’s possible in a very large sense is about agency. It’s about how we marry empowerment to our love for the world, what matters to us, what wrongs we want to right and what collective dreams we hope to realize. Whether that’s resolving conflicts with a crotchety neighbor or combating global warming, certain fundamental principles and practices of mindfulness can lead to the clarity and confidence that let us take that next step.

I remember going to see an old farmhouse for sale down the road from the Insight Meditation Society in Barre, Massachusetts, which I cofounded in 1976 with Joseph Goldstein and Jack Kornfield. I went with Joseph and a friend, Sarah Doering. The farmhouse, as far as I could tell, was simply falling apart. Joseph and Sarah chatted happily. “Well, we could try to move this wall, or at least open up that passageway… Underneath this wrecked floor might well lie hidden beauty… What if we built a small addition onto that door for a porch?”

Finally I broke in with, “Please, let’s not buy it.” I just couldn’t imagine it looking like anything much different from what it looked like right then, even if repainted or tidied up. In my mind, it was forever dilapidated, forlorn, and in disrepair.

They didn’t listen to me at all.

I realized the vision of what was possible had already been formed in each of their minds. Their visions may not have been identical, but each was bold and, importantly, realizable. They weren’t overly idealistic visions bound to be doomed by impossible fundraising shortfalls or the prospect of too much work—except in my mind. I realized they were actually holding the vision of what it was and the vision of what it could be simultaneously. Change would take resources—time, effort, community, money—but the spark that would get things started was to believe that the vision was possible in the first place.

The Truth of Our Interconnectedness

I’m not skilled at seeing the seeds of longed-for transformation in a building. I’m better at seeing it in people. I’ve looked many times at a friend in the throes of a terrible divorce or other devastating loss and been able to picture their healing and expansive happiness. I can see it in front of me, like a faint but discernible silhouette amid the chaos and pain of their current situation. And I’ve been right.

And when I am in touch with the perspective and sense of openness that my meditation practice has strengthened in me, I very much see the healing we are capable of—in communities, in cultures, in this world.

I believe that the love we crave, and that we have available to give, is a healing force. Love is not soft and mushy. It is strong and resilient. It springs from the truth of our interconnectedness, and is powerful because it is aligned with what is true.

Love is not soft and mushy. It is strong and resilient. It springs from the truth of our interconnectedness, and is powerful because it is aligned with what is true.

And I believe in a world where the fluidity and softness of love—like water—might superficially seem like the weakest thing of all, but lo and behold, it is indomitable. It can even wear away rock.

What kind of world do you most deeply believe in?