Sharon Salzberg The Capacity To Connect To Others

by Sharon Salzberg: When the Buddha introduced the idea of intention 2,500 years ago, the prevalent social structure in India was the caste system… 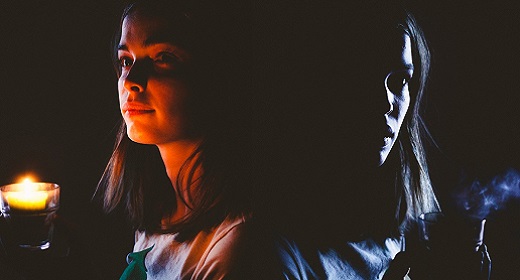 All individuals were thought to be born to fulfill a certain duty or purpose in their lives; even inanimate objects and elements of the natural world belonged to categories that had specific natures to be realized. It was in a rock’s nature, for instance, to be hard, neutrally-colored, and textured, for grass to be green, grow, and require water. These were considered to be absolute truths.

The sense of morality underlying the caste system was, unsurprisingly, even more a thread when it came to the social roles and responsibilities of people in Indian society. Individuals born into the ruling caste weren’t merely candidates for leadership. To realize their nature as rulers was the thing that would make them good and worthy members of society.

Brahman males were expected to be the mediators with the divine. Caste lines were rigid: a member of the warrior caste couldn’t devote himself to reading scriptures, as that would dip into Brahman territory. Acting in accordance with expectations outside of one’s caste was seen as inappropriate, and even immoral.

Within the caste system, the answer to the question “What makes a good person good?” wasn’t a universally acknowledged truth. A Brahman being a “good” person was completely different than an outcast being “good.” Expectations were completely different between these two castes, and were very strict. (Similarly, men and women in a given caste had different criteria for “goodness.”) But the Buddha’s teachings came along, and basically said all of this was irrelevant:

“Not by birth is one a Brahman or an outcast, but by deeds.”

In the Buddha’s view, the moral implication of a given action is inseparable from the intention of the person performing it. Morality isn’t determined by one’s status, by birth or otherwise. “A true Brahman is one who is gentle, who is wise and caring,” the Buddha elaborated further, repudiating the fixed ethical framework of the caste system. Qualities like gentleness, wisdom, and care were — and are — not tethered to a particular social status. They represent a more universal sense of goodness, righteousness, or skillfulness — all according to the Buddha’s core idea of intention.

Only we can know our own motivations and intentions for our actions. I could give a gift to my friend out of a genuine and authentic desire to be generous, or I could do so to get a gift from my friend in exchange, or to feel validated by someone. One action, two very different intentions. 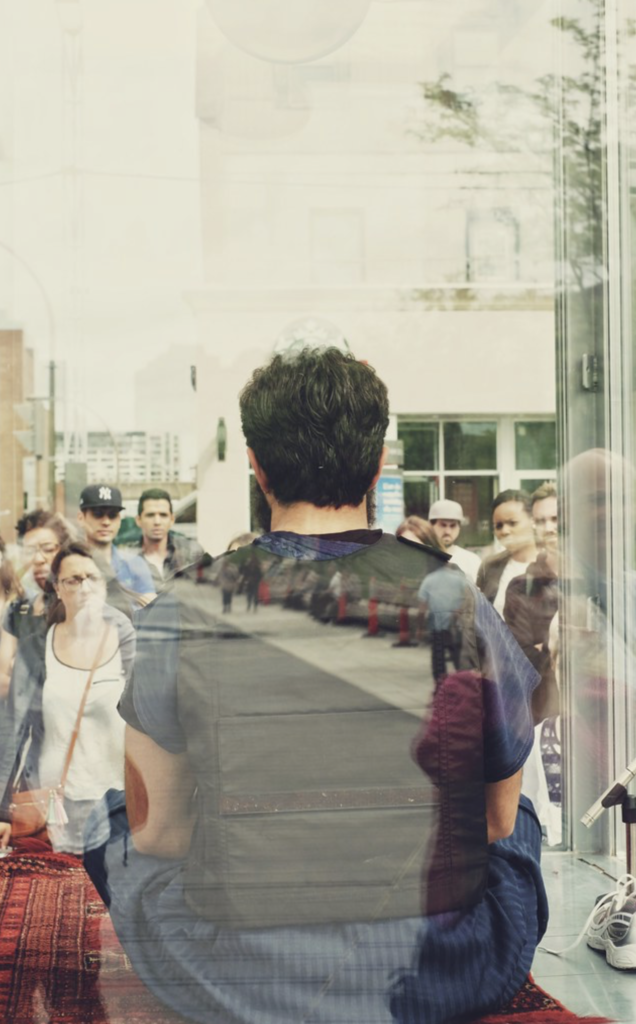 Recently, one of my students told me a story that speaks to the complexity of intention. This student was working as a pharmacist at a small pharmacy. One day, a belligerent man walked into the pharmacy to fill a prescription, and berated her. He was a known quantity around the neighborhood. When greeted by other pharmacy clerks or patrons, he would rage at or ignore them. “I was afraid and unwilling to talk to him for fear of being yelled at,” my student revealed to me. “My stomach would churn and I dreaded the days he came in.”

After several weeks of making herself sick from ill will, my student found herself muttering “I hate him” to herself. As a long-time meditator, she quickly felt disturbed by her strong feelings of aversion, and went home to send the man some lovingkindness.

Her feelings of hatred dissipated, and so she began a practice of sending him lovingkindness for several months. When the man would come into the store, my student would treat him with respect, even as he would go on ranting. By reconfiguring her intention, my student was able to heal herself of uncomfortable feelings by cultivating compassion for the man who was ostensibly causing her harm.

After many months of practicing compassion for the man, my student realized that he was in dire circumstances. He was an alcoholic who had no home and had been living in his car; he’d been re-using catheters to make them last. On Mother’s Day morning, my student was buying a card for her mother at the pharmacy when she saw the man in the parking lot. Caught off-guard, my student began to feel dread as she watched the man approach her. The man handed her a box of chocolates and wished her a happy Mother’s Day. “This is how I have come to understand the true meaning of metta,” my student explained with retrospective wisdom, telling this story years after the experience.

This student ultimately set the intention to open herself up to someone who was visibly suffering. Even as her kindness for the man defied some sense of logic or reciprocity, she acted out of generosity, realizing that there was indeed space to practice kindness for this man. By shifting her perspective away from thinking about interactions with this man in terms of one-upsmanship, this student let go of her judgments of this man as inherently bad or immoral. She allowed herself to feel a sense of innate connection to him as a human being, as someone worthy of love and respect. And clearly, from my point of view, this man eventually picked up on her feelings of compassion. 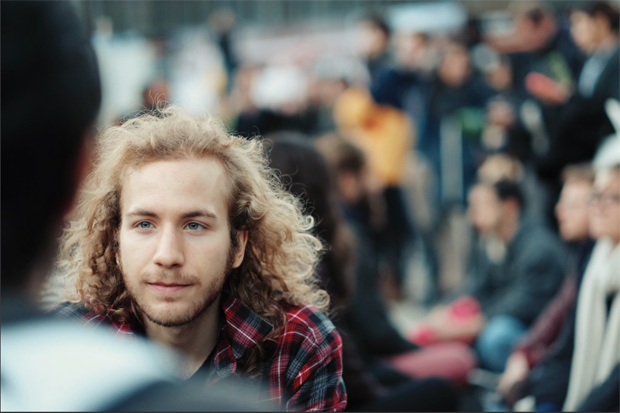 A man participates in The World’s Biggest Eye Contact Experiment in Montreal, Canada.

Recognizing our intentions in the moments of our actions is, at its core, a recognition of the power of our minds. When we realize that we are able to renegotiate our relationship to our motivations, we empower ourselves to feel greater freedom, happiness, and responsibility over our own lives. With this teaching, the Buddha not only disrupted the ancient Indian notion of social class, but he taught that we are all responsible for making change.

Mindfulness creates the space for us to cultivate empathy. As with the practice of lovingkindness, which traditionally begins with sending lovingkindness to oneself, mindfulness invites us to open up to the full range of our experiences: emotional, intellectual, sensory, and more. When we heighten our awareness, we realize just how capable we are of perceiving in a given moment. That openness becomes the basis of insight. We don’t turn away from anger or sadness because it’s uncomfortable, nor do we cling to happiness and excitement. When we come to know our own deep capacity for feeling, we give ourselves the capacity to connect to others more deeply.

In the Buddhist teachings, the visual representation of conscience is the image of a feather held near a flame. The feather curls away from heat, just as we recoil from the prospect of causing harm. To me, it’s also important that this image is filled with light. In the light, morality is simple, and clear — and that clarity is precisely the foundation for compassion.

When I began practicing meditation, I felt like I had come home. Even as I felt more in touch with suffering, doubt, and plenty of other forms of emotional discomfort, I felt some sense of wholeness — not because of some inflated sense of self, but because of a deep recognition of interconnectedness.

The Buddha taught that if we truly love ourselves, we won’t harm one another. My student felt greater pain when she “hated’ the man who bullied her than when she sent him love. I’ve really come to see that when harming others, we diminish who we are. When supporting others, we support ourselves.