by Jade Scipioni: Brain coach Jim Kwik says billionaire Elon Musk hired him after they bonded over science fiction books like “Lord of the Rings” and Isaac Asimov’s “Foundation Series…” 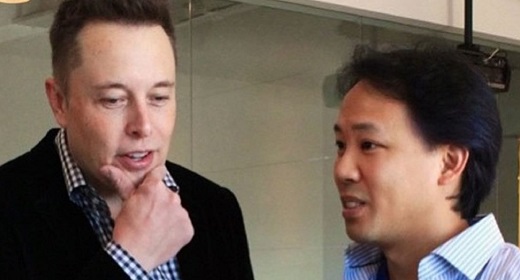 “I think leaders are readers,” Kwik tells CNBC Make It.

After the Tesla and SpaceX CEO learned more about the work Kwik does — everything from teaching people how to speed read to helping them improve memory and accelerate learning — Musk was game.

″[Musk] brought me in because he realized, [like] the most successful people on the planet realize, that in order to be successful, you have to always be learning,” Kwik says.

(Case in point: Billionaire Mark Cuban has called life-long learning “probably the greatest skill” you can have.)

Musk already had an “incredible memory” to start, according to Kwik, as he was already familiar with a lot of the memory techniques Kwik teaches. Musk had Kwik teach his tactics to some of SpaceX’s researchers and rocket scientists.

(According to Musk, Kwik’s “ideas sound sensible but he was not my or SpaceX’s ‘brain coach.’ I think he maybe gave a talk once,” he tweeted Sunday. Neither Tesla nor Kwik immediately responded to CNBC Make It’s request for comment.)

The techniques Kwik used are now in Kwik’s book, “Limitless: Upgrade your brain, learn anything faster, and unlock your exceptional life.”

The book is especially relevant, because as entire industries and the job market are disrupted, “people right now have to learn new subjects and learn new skills that will make them able to adapt and survive,” Kwik says.

And people can do that. The problem is that so many people weren’t taught how to learn properly in school, and it holds them back on accomplishing their dreams.

Kwik, who is the CEO and founder of Kwik Learning, an online accelerated learning program, has been privately coaching clients and doing corporate speaking events for more than two decades, according to his website.

In “Limitless,” Kwik gives readers tips on how to learn faster through a three-part framework, which encompasses “mindset,” which are your beliefs; “motivation,” which is your purpose; and “method,” which is the specific process for accomplishing goals.

Here are some of Kwik’s top tips.

Kwik (just like brain doctor Dr. Daniel Amen) says its important to combat all those “automatic negative thoughts” (or ANTs) that tell you that tell you can’t learn something new.

To eliminate ANTs, Kwik suggests talking back to them. For instance, if you notice a thought that tells you can’t learn to code, immediately say to yourself, ‘I can learn that.’

Over time, he says those negative thoughts will begin to disappear, and thereby remove a barrier to learning.

What you eat matters, according to Kwik. Especially when it comes to the grey matter in your brain, which makes up the outer layer of brain that is involved in muscle control and sensory perception such as seeing and hearing, memory, speech and decision making.

So Kwik suggest eating one servings daily of what he calls “brain foods.” Here’s Kwik’s list of the top 10 and why they are essential:

Blueberries: They can help protect your brain from oxidative stress (which is when you have an imbalance of free radicals and antioxidants in your body) and reduce the effects of brain aging, according to Kwik.

Broccoli: The vegetable is a great source of Vitamin K, says Kwik, which is known to improve cognitive function and memory.

Eggs: Known to contain vitamins and minerals that are necessary for the brain, Kwik says they also provide “memory-improving and brain-boosting choline,” an essential nutrient.

Green leafy vegetables: These foods are good sources of Vitamin E, which reduces the effects of brain aging, according to Kwik.

Dark chocolate: The cocoa in dark chocolate has flavonoids, which have been shown to improve cognitive function.

Water: Kwik says your brain is about 80% water, so dehydration can cause brain fog and slower reaction times. He says studies have even shown that well-hydrated people do better on brainpower tests.

Embrace the power of reading (method)

To learn, you must read, Kwik says. He suggests setting a daily reading goal, even if it’s just for 10 minutes to start.

“There’s power to reading [and] these benefits compound over time. The key is consistency,” Kwik writes in “Limitless.”

Kwik says pick a book that you’ve always wanted to read, put away any distractions and set a timer. He also suggests reading with a visual pacer, which is just a visual guide to help move your eyes across the page, like a bookmark or you can use your finger.

Also, Kwik says its important to schedule your reading time on your calendar each day so you don’t forget.

“Reading is great exercise for your mind. Remember, you can download decades of experience by reading just one book,” Kwik writes.