The Science Of Our Collective Memory 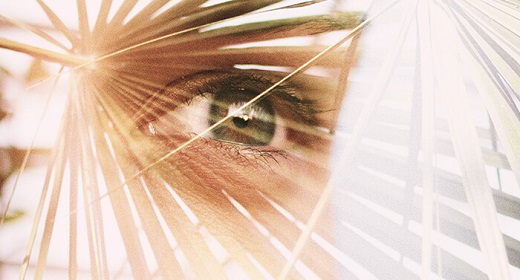 British scientist Rupert Sheldrake has been speaking about the cutting edge of the new cell biology since 1981, when he published his groundbreaking book, A New Science of Life: The Hypothesis of Formative Causation. Despite hostile, ad hominem attacks of his ideas that cell growth is directed by more than mere genetic coding, Sheldrake’s critics have produced neither valid arguments nor evidence that counters his laboratory observations and theories.

Sheldrake proposes that ‘memory’ is inherent in cells, and that life exhibits “evolutionary habits,” a quality that Darwin also noted. “Cells come from other cells and inherit fields of organization” and that morphogenesis innately depends on organizing those fields, which he refers to as morphic fields.

For instance, since the genetic basis of cell reproduction is so similar, it is the morphogenetic field of a specific organism that causes the development of a specific shape — a pink flower with five petals as opposed to an Orca Killer Whale or a Colorado Spruce. The fundamental materialistic views still held by the majority of biologists resist the implications of such a hypothesis, despite experimental evidence.

But his credentials are impeccable: He is a former Research Fellow of the Royal Society, obtained degrees from both Cambridge and Harvard, and held research directorships and fellowships with prestigious organizations around the world, including California’s Institute of Noetic Sciences. Additionally, he has published over eighty scientific papers, ten books, appears on television shows internationally, and writes for newspapers and magazines regularly.

An Interview with Rupert Sheldrake

SuperConsciousness had the great honor of speaking with Dr. Sheldrake about his work, as well as the challenges of addressing personal attacks by pseudo-skeptics.

RUPERT SHELDRAKE: Morphic resonance is the way that things tune into each other. It works on the basis of similarity, the same principle as ordinary resonance. For instance, if you push down the loud pedal of a piano and while holding it down you chant “ooh” into the piano strings, when you stop singing, the piano will go, “ooh,” back. If you sing a specific pitch, let’s say an “E,” into the strings they will vibrate back that same “E.” That’s resonance.

Many modern technologies work on resonance; radio and television are both resonant technologies. For instance, radio works because we tune into the specific frequency of a particular radio station, say 99.8 on your FM receiver. However, the room that you are currently standing in is filled with countless frequencies, including radio, television, and mobile phone transmissions. The reason we do not become overwhelmed is because we are not specifically tuned into their specific frequencies.

SC: You’ve extended the concept of morphic resonance into the biological science of plant and animal development.

The DNA or the genetic material enables each living form to manufacture the correct proteins which are a part of their specific tuning system, just like each radio or television station transmits on their specific frequency. For these electronics to be effective, they require both the correct electronic components as well as the specific tuning between them. This resonance is also true for the inheritance of form and the instincts in animals.

SC: If plants and animals develop in accordance with an invisible, interconnected, and underlying environmental system of information and frequency, that would mean that their growth is not exclusive to genetic information.

SHELDRAKE: Exactly. The conventional view tries to cram all the inherited information into the genes, but DNA is grossly overrated. They simply don’t do most of the things attributed to them. What we know they do for sure is to code for the structure of protein molecules.

SC: Is this a living field of information?

I’m suggesting that, for example, if somebody learns a new skill, say windsurfing, then the more people that learn it, the easier it becomes for everyone else because of morphic resonance. However, if you train rats to learn a new trick in one place, like Los Angeles, then rats all over the world should be able to learn the trick more quickly because the first group of rats learned it.

That’s what I’m saying morphic resonance does. It’s the kind of interconnection between all similar organisms across space and time. It works from the past and connects like a kind of collective memory, and it interconnects all the members of a species.

Are we living in a living field of information? Image: Zoltan Tasi

SC: For the past thirty years, you have received quite of bit of resistance from the general scientific community. How significantly would the field of science change if your ideas about morphic resonance were to become fully accepted by the scientific as well as general audiences?

SHELDRAKE: First of all, at the scientific level, the main reason for the resistance is that most scientists are still locked into the materialist paradigm, the doctrine that the only reality is matter. What my observations indicate is that there’s more to nature than matter. There are also fields, resonant fields within the material systems, and that the so-called laws of nature are not fixed, they’re more like habits.

These ideas would require a tremendous shift in thinking within science. Perhaps those ideas would not affect most people that much because they probably don’t spend much time thinking about the laws of nature. But it would be a big shift at the foundations of science and that’s why it’s so controversial.

SC: Once the shift in fundamental perception occurs, wouldn’t it impact the morphic field of most people in addition to scientists?

SHELDRAKE: Oh yes. It would affect our entire culture and the way we think of nature. We would begin to think of nature as alive and organic rather than mechanical. Science’s present view of nature is based on the perception that nature is a machine and acts mechanically, whereas I’m saying nature is an organism, alive, and possesses a kind of memory.

SC: Once science evolves to accept the evidence of the morphic field, will it become easier for science to integrate a more comprehensive understanding of biological matter as energy, and that fluctuations in energy affect the materiality of life?

SHELDRAKE: What we now understand in science is that activity in nature depends on energy, but energy can take any form. It’s a bit like what the Hindus call Shakti; it’s a kind of undifferentiated push that makes things happen. The same energy can power a computer, a TV, a hairdryer, or an electric toaster. It has no form of its own.

I suggest that the form the energy takes is determined, bound with, and organized by the fields. For instance, we know in modern physics that quantum fields organize quantum particles. We also know there are gravitational fields, electromagnetic fields, and in addition to those fields, there are also morphic fields — fields that organize the form and the behavior of animals and plants.

Does nature have a memory? Image: Vincent van Zalinge

SC: So you are suggesting then that morphic fields are separate?

SHELDRAKE: Yes, it’s a separate field. The gravitational field is separate from the electromagnetic field. It does different things, and quantum fields are different from gravitational fields and electromagnetic fields. We’ve already got quite a few fields in physics and one of the great challenges since the time of Einstein has been to find a unified field theory that would show how they’re all related to each other. However, physics is primarily concerned with electrons and stars and galaxies, and there’s not a lot of attention put into the fields that govern living organisms, plants, ecosystems, etc.

SC: Is that because science perceives that it already understands biological processes?

SHELDRAKE: Yes, they think they do, but the point is they don’t. Biologists think that they can reduce living processes to physics.

Physicists, on the other hand, do not claim that they understand the human mind, for example. Even within biology no one understands how minds work. And consciousness continues to be one of the greatest unsolved problems in science. It’s not as if there is a perfectly good theory of consciousness that’s not being accepted. There isn’t a good theory at all within physics.

I’m pushing forward a view that the mind is a system of fields. The fields are in the brain but they extend beyond the brain, just like the field of a magnet is inside the magnet and extends around it. And the field of your cell phone is inside your cell phone, but it extends far beyond its circuits, invisibly. I suggest that the mind is totally detached from matter and time and space.

SC: And you see mind as a field as well?

People form all sorts of social groups within modern society, such as a football team, for example. Each player in the team is working as part of a larger whole — the team — and the team works together to score goals. The connections between members of social groups link them together through the morphic field. They’re interconnected through this field and the field is an invisible interconnection that links them. It continues to do so even when they’re far away.

The next time you are far away from somebody you know well, think about them and form the intention to telephone them. They may just pick up on that thought and start thinking about you. Then all of a sudden the phone rings and it’s that person. I call that telephone telepathy, and it is the most common kind of telepathy in the modern world. It’s just another way in which we are all interconnected.