The Untold (Vegan) Story Of Baskin-Robbins

by Tanya Flink: Life could have been sweet for John Robbins… 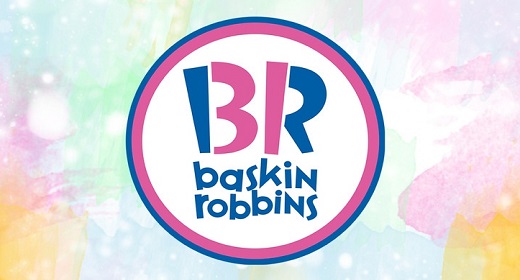 The only son of Irvine “Irv” Robbins, co-founder of Baskin-Robbins, John was next in line to assume the family legacy and reign over what is now the world’s largest chain of specialty ice cream shops. The more he learned, the more uncomfortable he became with the environmental, health, and ethical implications of dairy, and despite the familial and financial repercussions, John ultimately decided not to pick up the proverbial ice cream scoop. In light of the introduction of the company’s first two vegan flavors, we caught up with Robbins (John, that is) to get the backstory of the ice cream legacy that could have been.

The ice cream prince
Robbins literally grew up in a house with an ice cream cone-shaped swimming pool. He had access to “a seriously excessive amount of ice cream,” and was primed to take on an extremely lucrative family business. On the outside looking in, Robbins had it good. He recounted, “Most people would think that inventing flavors and eating ice cream would be a fantasy come true for a child and young adult—and there was a lot that I enjoyed—but the more I learned about the health implications of ice cream, and the more I learned about how the cows were treated, the less enjoyment I took and the more concerned I felt. I felt torn. On the one hand, I wanted to please my father, and he most certainly wanted me to follow in his footsteps and one day take over the company. That was the obvious path, and it would certainly have been lucrative, but on the other hand, I felt called to contribute, to be of service.”

Granola-crunching cabin man
That calling morphed into action, and Robbins packed up, met his wife, and together they built a one-room cabin on a small island off the Canadian coast where they grew their own food and lived off $500 a year. During this time, they had a son and named him Ocean. Talk about a hard pivot. Robbins continued …

“I remember telling my father, ‘Look dad, we live in a different world now than the one in which you grew up. The environment is degrading badly under the impact of human activities. The gap between the haves and the have-nots is increasing, and the sense of common purpose and shared community is deteriorating. We live under a nuclear shadow, and at any moment the unspeakable could happen. Do you see that for me, feeling these things as deeply as I do, inventing a 32nd flavor just wouldn’t be an adequate response for my life?’”

His father was understandably less than thrilled. How could his only son, the one who invented one of the company’s most iconic flavors (Jamoca Almond Fudge) simply walk away? Robbins was ostracized from the family, and without an heir, his father ended up selling the company.

Trusting his instincts
Robbins regrets nothing. He explained, “My wife, Deo, and I have been married now for 52 years, and we’ve been eating [plant-based] the whole time. Those are two decisions—marrying her, and eating a whole foods, plant-strong diet—that I’ve never regretted for a single moment.”

After years of living this plant-based, meditation-focused, off-the-grid lifestyle, Robbins published his first bestseller—Diet for a New America—in 1987. This seminal piece of work outlines the ethical, environmental, and health implications of animal agriculture, and dairy-based ice cream is part of this global problem. Despite the book’s direct criticism of the dairy industry—the very same industry that supported his father’s business—it ironically saved him in the long run. “Knocking at death’s door,” as Robbins put it, his father came around to read this book and immediately changed his diet. Robbins Senior ended up living 20 more healthy years.

The future of vegan ice cream
While Robbins still adheres to his whole foods, plant-based diet (and published several other bestsellers surrounding the topic), he does admit to enjoying the occasional vegan ice cream. His favorite, he claims, is anything that comes close to his signature Jamoca Almond Fudge. When asked about his estranged company’s decision to finally implement vegan options, Robbins said …

“I can tell you that the company didn’t make this move because they suddenly decided to be at the forefront of healthful and compassionate eating. They did it because they saw the handwriting on the wall. Plant-based food is the future. They did it because they want to stay in business and keep making money, and they see that sales of plant-based foods are skyrocketing. Plant-based eating [has] become an unstoppable force, and everyone in the food world is taking notice. And that is very, very good news for all life on this beautiful planet.”

Robbins currently manages the Food Revolution Network with his son, Ocean. The program helps others transition to a plant-based lifestyle to regain their health and reinforce the health of the planet.