Tips For Transcending Limitations Of The Ego

by David R. Hawkins M.D, Ph.D: In his book Transcending the Levels of Consciousness… 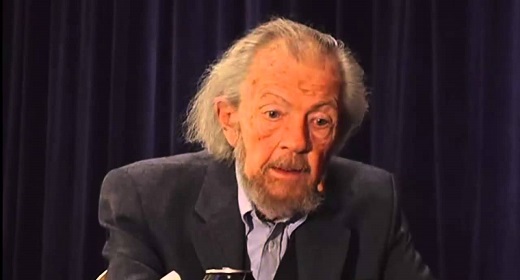 Dr. David R. Hawkins offers advice to students who are seeking spiritual enlightenment. How can we transcend the limitations of the ego, reduce suffering, grow stronger in spirit, and reach a higher level of consciousness? Here he answers his students’ questions about spiritual growth:

Q: It has been said that only a single, very simple spiritual principle to live by helps us make major progress on our path, something like: ‘to be kind to all of life’, or ‘to forgive, no matter what’, or ‘to be of good will to all that exists’, or to take a sentence or two from a favorite Psalm and reflect on it for days, weeks, or even months.

A: That is the most effective way to begin. A single tool applied consistently and rigorously is more effective than reading all the books or having sporadic episodes of enthusiasm. Persistence is characteristic of ‘one-pointedness of mind.’ By analogy, by pulling on a single strand of yarn, a whole sweater unravels and becomes undone. Each step forward summons forth the appropriate, already-acquired information that amplifies and clarifies experiences. Thus, basic dictums become experiential and confirmative. By the practice of kindness, one becomes kind, for kindness itself is transformative.

Q: But how does a spiritual practice actually result in change? What are the psychological mechanisms? How can one change from a ‘this’ to a ‘that’?

A: It is not a process of ‘change,’ but of evolutionary emergence. The larva does not change into a butterfly but instead becomes the fulfillment of its potential as a product of the evolution of Creation. To repeat, Creation is evolution by virtue of the emergence of potentiality into actuality. Intention of the spiritual will is sufficient. The seemingly ‘new’ represents the unmanifest’s becoming Manifest, just as unclenching the fist reveals the open hand.

Each positive choice moves one closer to a higher attractor field of consciousness. In the secular world where ‘the rich get richer and the poor get poorer,’ it is equally true that by integrity and effort, the formerly poor can become rich, and the formerly rich, through error, can become bankrupt. Human life offers a great value as being the optimum opportunity for spiritual evolution. By choice, the ‘iron filing’ of the spirit is drawn to the various regions of the great omnipotent, omnipresent field of consciousness itself. This is analogous to the effect of a giant electromagnetic field of infinite power.

Q: What about major revelations or spiritual experiences that result in sudden major changes?

A: It is by vibrational repetition that avalanches and other major natural phenomena occur. Egoistic positions become weakened by virtue of seemingly minor and insignificant steps. For example, even just saying “thank you” wherever possible can result in becoming a more grateful and generous person who, by attraction, now effortlessly sends forth benefits previously nonachievable by effort.

Major changes also occur as a consequence of release from negative karmic obligations. It is as though the unconscious mind is finally satisfied that a lesson has been learned or a debt has been settled by compensatory behaviors. In many ways, spiritual learning is also similar to new skills

acquired by repetition and practice until they become natural, like one’s second nature, and habitual. Learning is also facilitated by inspiration and identification with admired figures who display the desired attributes. We tend to become like those whom we admire.

Q: What qualities are of major help to a devotee other than familiarity with advanced spiritual/consciousness information?

A: Adopt the attitudes associated with Higher Mind and select any of the virtues. Refuse or reject negative attitudes or positions. Act in a gracious manner in all circumstances towards oneself and others. Reject the violation of spiritual principles for short-term gain. Create an idealized image of yourself and practice it as if for a movie role. Acting ‘as if’ brings to awareness the potentiality to actually become that which is admired. As a learning device, it is often surprisingly effective to ‘pretend’ to be the quality that is desired, and then, much to one’s surprise, discover that it has been a nonactivated aspect of one’s own potentiality. Many people make self-improvement the number one priority in their lives and identify with admired figures instead of envying them.

As a practical exercise, before leaving the house, review how one would like oneself to be and decide to act that way. In so doing, note the response of others to one’s being friendly, considerate, gracious, or loving. Decline seduction and temptation by that which is tawdry and sensational. Surrender the dubious pleasure of ‘getting even’ or ‘getting the best of a deal’ in emotional interchanges. As a pleasant exercise, consciously and purposely allow other people to ‘win’ and thus discover one’s own inner greatness and generosity. To be emotionally stingy creates emotional poverty. Every ‘win’ that one gives others paradoxically makes one richer, and by practice, one ends up emotionally wealthy.