What Humans Could Be 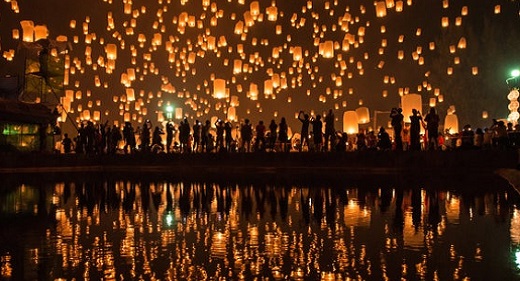 Toward the end of his life, the humanistic psychologist Abraham Maslow was developing new insights into self-actualization – and envisioning an even higher motivation, which he called transcendence. He referred to his theory as “Theory Z“.*

To Maslow, “transcenders” are regularly motivated by values and experiences that go beyond the satisfaction of basic needs and the fulfillment of one’s unique potential. These “metamotivations” include a devotion to a calling outside oneself, a seeking of “peak experiences”, and a commitment to the values of Being, or the “B-values”, including truth, goodness, beauty, justice, meaningfulness, playfulness, aliveness, excellence, simplicity, elegance, and wholeness— as ultimate goals in themselves.

Maslow observed that when he asked transcenders why they do what they do and what makes their life worth living, they often cited those values. There was no further reason why they devoted so much time to their work; the values were not in service of anything else, nor were they instrumental in achieving any other goal. Maslow believed that satisfaction of the “metaneeds” are necessary “to avoid illness and to achieve fullest humanness or growth. . . . They are worth living for and dying for. Contemplating them, or fusing with them gives the greatest joy that a human being is capable of.”**

The Theory Z worldview is strikingly similar to the modern psychological research on wisdom. Wisdom is often conceptualized in psychological literature as involving an integration among cognitive, affective, and behavioral dimensions. This includes the ability to accept multiple perspectives, to respond nondefensively when challenged, to express a wide array of emotions in order to derive meaning, to critically evaluate human truths, and to become aware of the uncertain and paradoxical nature of human problems.

As clinical psychologist Deirdre Kramer puts it, “Wise people have learned to view the positive and negative and synthesize them to create a more human, more integrated sense of self, in all its frailty and vulnerability. . . . They seem able to first embrace and then transcend self-concerns to integrate their capacity for introspection with a deep and abiding concern for human relationships and generative concern for others.”***

The transcender worldview has deep implications for the good person and the good society and offers an inspiring vision of what humans could be. It’s often during the most trying times of humanity that we see the best of humanity emerge. With the world currently pitched into a state of deep insecurity and uncertainty, there is more opportunity than ever (perhaps in the course of human history) for the transcender worldview to elevate the human species.

A New Image of Humanity

First, the Theory Z worldview offers a new image of relationships—from friendship to family to romantic love to sex. Maslow’s concept of “Being-Love” (or B-love, for short) offers an ideal we can all strive for, whether in the teacher-child relationship, student-teacher relationship, therapist-patient relationship, in industry, or in management and leadership. Instead of treating people as a means to an end, we can have love for the being of others (what Maslow referred to as “B-Love”, or “Being-Love”)– admiring people for who they truly are without trying to change them into something else to suit our own purposes.

As Maslow put it in an essay,

“we try to make a rose into a good rose, rather than seek to change roses into lilies. . . . It necessitates a pleasure in the self-actualization of a person who may be quite different from yourself. It even implies an ultimate respect and acknowledgement of the sacredness and uniqueness of each kind of person.”

Take education. A true humanistic education would involve educating the whole child and treating children and their own unique personal goals, dreams, and aspirations as valuable, regardless of how tightly aligned they are to the teacher’s curriculum. Imagine if schools weren’t only a place to learn standardized academic material but were also places of wonder, awe, and self-actualization as well as hope for humanity? What’s more, imagine if school wasn’t so separate from the rest of life. What if children went home at the end of the day inspired to continue being learners of the world throughout the rest of their day? Instilling a love of learning would be instilling an important B-value into students.

The transcender worldview also allows us to experience greater depths of joy. Maslow put forward the idea that there may exist a hierarchy of pleasures, ranging from “relief from pain, through the contentment of a hot tub, the happiness of being with good friends, the joy of great music, the bliss of having a child, the ecstasy of the highest love-experiences.” Imagine if we were all taught about the depths of joy that are possible? This would include not only the joy that comes from the relief of our deprivations, but the deeper joys that can come from being inspired to reach outside of ourselves.

Research shows that clinically depressed and anxious individuals who were given a moral elevation intervention for ten days—observing acts of virtue, generosity, and courage—showed an increased striving to help others, an increased closeness to others, and lower interpersonal conflict and distress symptoms. Sometimes the antidote to feelings of discontent and stress is a push toward the B-values and the “metahedonism” that can be experienced as a result.

The transcender worldview also allows for the possibility of healthy interactions among those who have different religious or political beliefs. As Maslow noted, it’s possible to talk of the “religionizing” or the “sacralizing” of all of life, and for all individuals, not just among those we feel most connected to based on a common identity or common religious or political beliefs.

While the word “sacred” often has religious connotations, Maslow pointed out one can have the felt sense of the sacred—experiencing reverence, mystery, wonder, and awe—just about anywhere and for anyone. Imagine if instead of only feeling a deep sense of connectedness and oneness with all of humanity in a church on Sundays, and immediately going on Twitter after church and calling out people who we disagree with, we maintained that feeling of the sacred in every encounter during the course of our lives. Imagine if we all did that with each other?

Toward a Humanistic Politics

There are deep implications for our current political landscape. Maslow was working on a new approach to politics that he called “psychopolitics”, grounded in the humanistic psychology axiom that human similarities are deeper than human differences. A humanistic politics would be based on a realistic understanding of human nature, including our shared motivation for security needs as well as our growth and transcendence needs.

To be sure, it’s essential for politicians to value safety and security. It’s hard to grow to our full heights without adequate stability. However, Maslow argued that we must not neglect our possibilities toward self-actualization and transcendence. “No real growth is possible without a firm basis of law and order,” Maslow noted. “Yet, it is also possible for a society to become stuck or immobilized at the law-and-order level and to emphasize this condition so much that an individual’s possibilities for growth are limited.”

This is why conservatives and liberals can complement each other; societies need those in power who care deeply about preserving traditional culture and the stability of society as well as those who are more concerned with egalitarianism and providing opportunities to those who are most vulnerable and in need of support.

Indeed, research shows that both liberals and conservatives are agreeable, just in different ways: conservatism is correlated with politeness, traditional moral values, and commitment to parochial aspects of life such as one’s friends, family, and nation, whereas liberalism is correlated with universal compassion and egalitarianism. Both aspects of agreeableness can make an important contribution to a “one-world politics”, as Maslow put it.

Instead, the greatest threat to a healthy democracy is really our antagonistic orientation toward one another and the rise of antagonism among those who wield great political power. Political chaos and inequality breed antagonism, distrust, and cynicism because they activate our deepest insecurities. In a highly insecure society, people’s higher motivations are put aside as the needs for orderliness, stability, and belonging become much more pressing.

However, it’s these situations of unrest in which we must be careful that we aren’t neglecting our strivings toward B-love and the B-values, or else we can run the risk of fanning the flames of populism and authoritarianism.

A New Image of Society

Historically, the interests of society and the interests of the individual have been seen as mutually exclusive, sometimes even antagonistic (whatever is good for the person is bad for civilization). However, this need not be the case. The purpose and values of the person can by synergistic with what’s good for the society. The healthiest societies are built on a realistic understanding of human needs and offer the greatest growth-fostering potential for the individuals who are part of the society. How much are we allowing for opportunities for all people to fulfill their needs, including their security, growth, and transcendence needs?

There are concrete changes to our societal structures that can increase this synergy. Maslow suggested that the healthiest societies are those in which “virtue pays”—in other words, societies that reward people who behave virtuously, rather than only rewarding those with the most money or the most prestigious accomplishments. This could start with early education, by rewarding kindness and the love of learning over one’s standardized test results. This would not only benefit the collective but would also raise the ceiling on what the individuals in the society are striving toward.

It’s time for us to take responsibility for the society we live in and to help create the conditions that will help all people not only self-actualize but also transcend. We can simultaneously work on making the good society better and making ourselves better. Improving the good society starts from within, as we shift our own perspective on human nature and work to bring out the best in each other. In so doing, we can even transcend our physical existence, impacting future generations long after we’re gone. 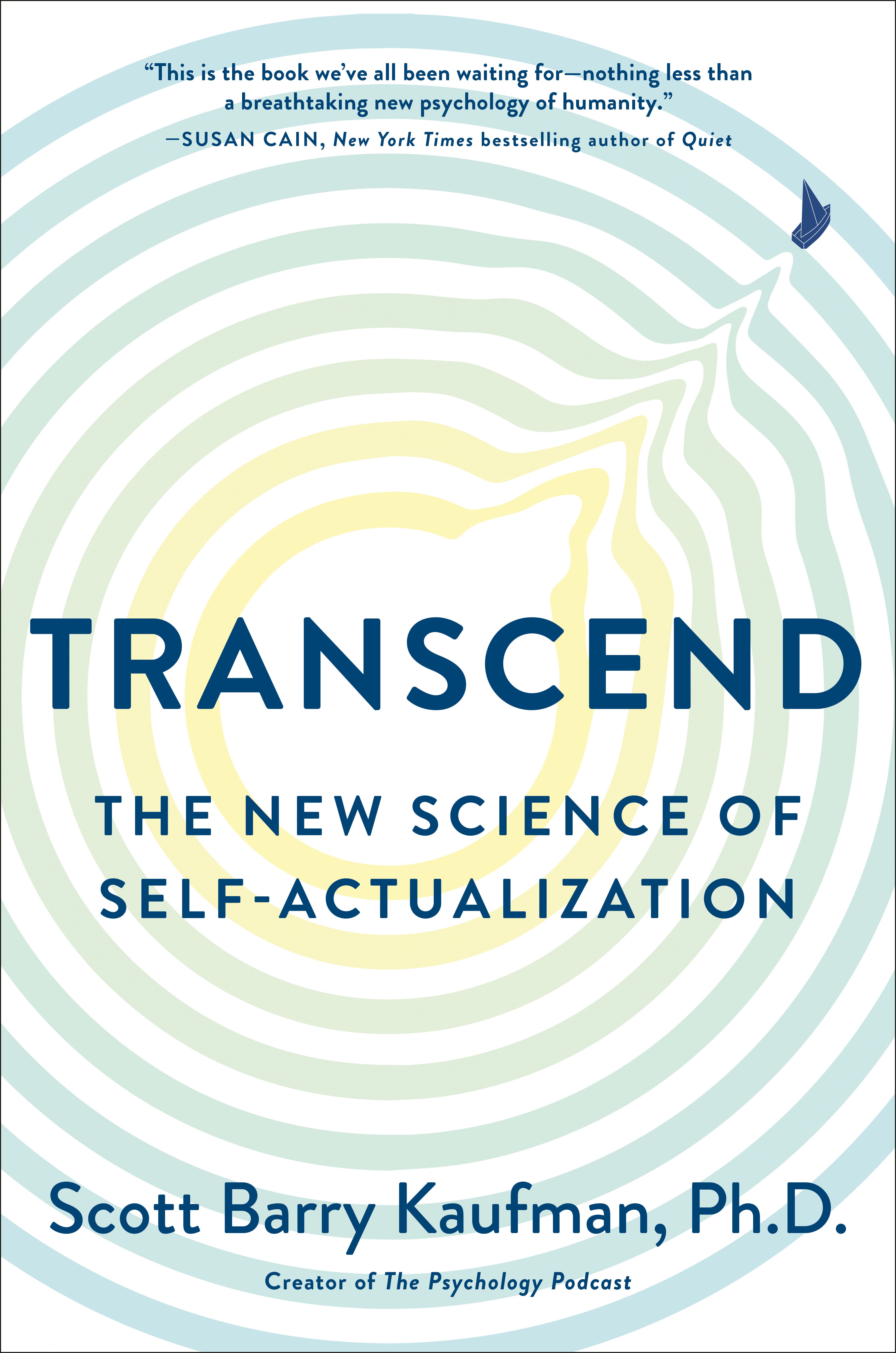