What Is Real Mindfulness?

by Dr Mark Epstein: Don’t Get Needlessly Fixated On The Technique If You Want Enlightenment, Says Dr. Mark Epstein… 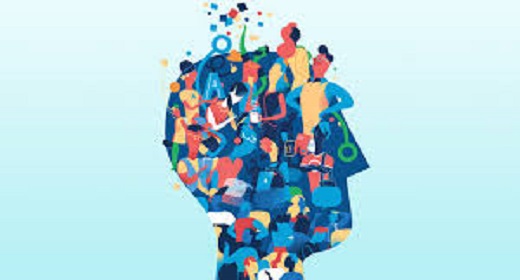 Mindfulness is the aspect of the Eightfold Path that has received the most attention in the West. It is the distinctive attentional strategy of Buddhism and has found acceptance in a variety of fields ranging from business to basketball to psychotherapy.

Rather than restricting one’s attention one-pointedly to a single object of awareness as in most other forms of meditation, mindfulness encourages a dispassionate knowing of thoughts, feelings, memories, emotions, and physical sensations as they come and go in the mind and body.

The general idea is that it is possible to empower the observing self so that one does not have to be swayed by habits and impulses or taken over by one’s inner critic. One learns to dwell in an enlivened awareness rather than being hijacked, sidetracked, or seduced by the usual array of thoughts and feelings.

What is not usually emphasized in the excitement over mindfulness in the West is that, from a Buddhist perspective, mindfulness is an introductory technique. It is an entry-level practice whose purpose is to open doors to insight. Contrary to many people’s preconceptions, being mindful is not the be-all and end-all of meditation.

The Buddha, in a famous parable, compared it to a raft made of grass, sticks, and leaves that helps someone cross a great water. “What should be done with the raft once you have gotten across?” he asked rhetorically. “Should you carry it with you for the rest of your life or put it down by the side of the riverbank?” In making this comparison, he was trying to stop people from becoming overly attached to his method. While his warning was powerful, it has not prevented many over the years from fetishizing their technique.

The trick to Right Mindfulness is not to turn it into another method of self-improvement. It is possible to try too hard and override the subtlety and simplicity of what mindfulness is. In the traditional Buddhist texts, mindfulness is compared to a cowherd who, at first, has to be actively involved in corralling his flock in order to protect his newly planted crops from being devoured. 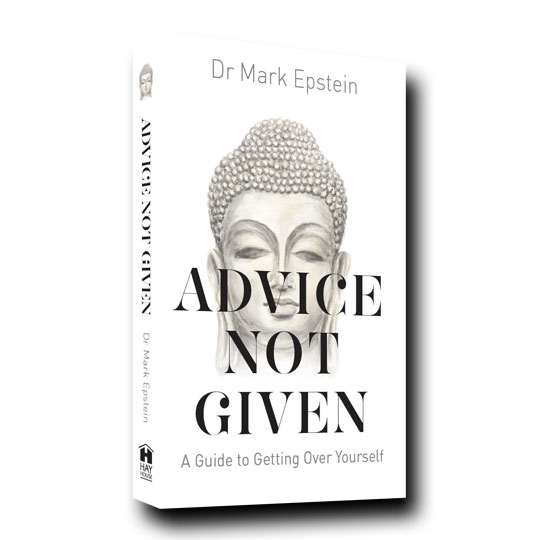 After the crops have been harvested, however, the cowherd can sit in the shade and rest, maybe watch with one eye open, barely doing a thing. His cows have only to stay within the perimeter of his awareness; there is no longer any danger to the produce that has been brought indoors. If he is too enamoured of his role as cowherd, however, or if he has an immature view of what it involves, he might continue to poke and pester his animals, agitating them unnecessarily. Right Mindfulness is similar. At the beginning, one has to actively deal with the distracted mind, paying attention whenever it wanders in order not to be carried away by its usual inclinations. After a time, however, mindfulness is just there. It becomes second nature. It sees the distractions but does not get swept up in them. That is why the comparison to the cowherd who rests under a tree is so apt. Mindfulness, once established, continues on its own steam. It hacks into the mind to see what is there, and, out of this self-observation, interesting, unexpected, and sometimes uncomfortable things can emerge.

I have long been sensitive to how easy it is to become fixated on mindfulness. The ego cannot help but try to co-opt the process.

Early Buddhist texts warn of this danger. Some amount of striving is important at the beginning, but a shepherd who is too actively trying to control his flock can sabotage the entire effort. “With excessive thinking and pondering I might tire my body, and when the body is tired, the mind becomes disturbed, and when the mind is disturbed, it is far from concentration,” reads an ancient discourse entitled “Two Kinds of Thought.”

When I apprenticed with the Dalai Lama’s Tibetan physician while on a research grant in India during my final year of medical school, I learned of a whole class of anxiety disorders unknown at the time in the West. I had done a number of silent retreats by this point and was well aware of how anxious some people become when trying to quiet their minds. I was able to spend about six weeks with the Dalai Lama’s physician, and, knowing that I was heading to a career in psychiatry, I was eager to find out whether this kind of nervousness happened in Buddhist cultures as well as in our own.

It turns out that meditation-induced anxiety is very familiar to Buddhist monks and was well catalogued in medieval Tibetan medical texts. Meditators who try too hard to be mindful make themselves agitated and depressed. Their minds rear up like angry horses determined not to be brought under control by their riders. Instead of lightness of being, forced meditation brings only anxiety and a grim determination to proceed no matter what.

Tibetan doctors have such afflicted patients do simple tasks like sweeping the temple halls or chopping vegetables in the kitchen rather than prescribing more meditation. They know that the treatment for meditation-induced anxiety disorders is less meditation, not more. The wisdom of the Tibetan physicians is important to keep in mind as mindfulness takes root in the West. Much of our culture is built on striving, and many people have trouble leaving this mindset behind.

The very word “mindfulness” tends to encourage this overly aggressive approach. It can sound admonishing at times, carrying with it the injunction, “Be Mindful!” There is a ring of the Protestant ethic to it. This is not accidental. First used in an English translation of a Buddhist text in 1881 at the height of the British colonization of South Asia, the term “mindfulness” came into general acceptance in the Western world thereafter.

But the term is a Western invention. The original word in the language of the Buddha’s time was sati. Sati means remembering. Right Mindfulness— or Right Sati—means remembering to keep an eye on oneself. Its opposite is forgetting—or absentmindedness—the kind of forgetting that happens all of the time when one is lost in thought. The distinctive quality of mindfulness is that it remembers. Once established in the mind, it remembers itself. A clearer description of what is meant by sati might be presence of mind.

I was reminded of this when lecturing in Oklahoma City about the relevance of the Buddhist approach for the treatment of trauma.

There was surprising interest in the clinical applications of mindfulness there. A big veterans’ hospital with many patients with post-traumatic stress disorder was nearby and its staff was open to new approaches to its treatment.

One of the counsellors at my talk was a fifty-year-old man with a long white ponytail. He came up to me at a break; I had only a second to form an impression of him. A large, healthy-looking man, he was wearing a long-sleeved white shirt open at the collar. He was well put together, stood up straight, and had a very confident demeanour. I could see him driving a pickup truck. “You know,” he confided, “I never use the word ‘mindfulness’ with a man in Oklahoma. People just don’t like the sound of it.” “What do you say to them instead, then?” I inquired. I thought maybe he had figured out a whole new vocabulary. “I just tell them, ‘Go outside and close the door. Stand there and listen.’ That’s enough.” His comment went to the heart of Right Mindfulness.

Rather than reducing it to another therapeutic modality handed out by the mental health authorities, his recommendation hinted at what is most compelling about it: the possibility of discovering something unexpected by paying relaxed attention to one’s everyday world.

By letting his initial instructions be about dropping one’s guard and opening one’s senses, this therapist was heading off a very common misunderstanding. While it is true that we spend much of our time needlessly dwelling in thoughts of the past or the future, the ability to stay focused in the present does not, by itself, guarantee any kind of personal transformation. Being in the moment is pleasant enough, but it is just a jumping-off place. I have encountered many people who, in making mindfulness their ultimate goal, congratulate themselves on being able to keep their attention on their breath or in the soles of their feet for extended periods of time, as if such abilities, by themselves, make them a better person.

A friend of mine confided that he tries to stay mindful when eating dinner with his wife, for example, but that this did not seem to lessen the tension between them. I pointed out that he would do better to engage her in conversation rather than hiding behind mindfulness as if it were the newspaper. He saw my point, but it had not occurred to him on his own.

Right Mindfulness opens up interesting opportunities for honest self-reflection, but there is no built-in guarantee that these openings will be used productively. The self does not give up its grip easily—all of the same defence mechanisms that Freud outlined are still operative even when mindfulness is strong. It is possible to overvalue mindfulness, to remain attached to its form rather than working directly with what it reveals. That is why the intervention of the therapist in Oklahoma was so skillful. Rather than dwelling on the method, he was trying to inculcate a state of mind.

I have tried to remember this with my own patients. Instead of teaching mindfulness to them directly, I have preferred to create an interpersonal environment in which they can listen in a new way, trusting that this mode of listening is what allows insights to come.

I want the visit to my office to be like going outside and closing the door. I want it to offer a fresh perspective on things without my having to give overly specific advice or guidance.

Even in therapy, people are stubbornly lost in their thoughts and imprisoned within the stories they repeat to themselves. They try to use therapy the way many people try to use meditation: powering through to get to an imagined place of cure.

Right Mindfulness, like a successful psychotherapy, slows people down. It pokes holes in the facades we unwittingly hide behind. When we stand outside and listen, we have a chance to eavesdrop on the ego’s endlessly obsessive self-preoccupation. With the senses aroused in a new way—if people are willing—they can step outside of themselves as well.