Cleaning Our Toxic World With Hemp 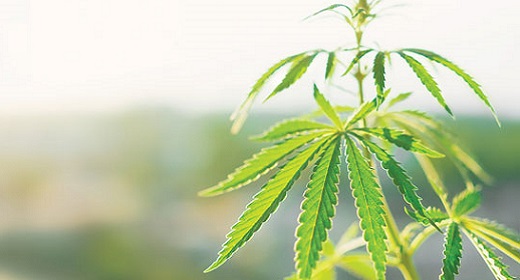 It’s the process of using plants to clean soil that we’ve polluted with heavy metals or radioactive material. The United Nations declared phytoremediation to be a “low-cost, solar-energy-driven cleanup technique” and “useful for treating a wide variety of environmental contaminants.”

For cleansing the soil, hemp makes an excellent choice because of its high biomass, long roots, and short life cycle. Ilya Raskin, one of the early pioneers of phytoremediation — in fact, he coined the term in his 1991 Superfund grant proposal — used hemp in some of his earliest work. With the Ukrainian Academy of Agrarian Sciences and his firm, Phytotech, Raskin planted hemp around Chernobyl to remove caesium-137 from the radioactive soil. This early effort led to a host of research around the world to study how hemp decontaminates soil.

In 2001, a team of German researchers found that hemp grew just fine in soil containing the poisonous heavy metal cadmium. When the hemp plants matured, the highest concentrations of cadmium were found to have accumulated in the leaves, and the plants could then be burned in a controlled manner to safely remove the contaminant. This represented a potentially more cost-effective option for low-level contamination sites than the usual pricey process of digging all the soil out of the ground and hauling it off.

The next year, a group in Hawaii demonstrated the ability of hemp plants to remove two polycyclic aromatic hydrocarbons (PAHs), chrysene and benzo[a]pyrene, from the soil. In 2004, a Bulgarian team planted hemp at various distances from Non-Ferrous Metal Works near Plovdiv. They found that the plants acted as bioaccumulators that sucked up the heavy metals. The highest heavy-metal concentrations were found in the roots, followed by the stems, leaves, and seeds. When a Czech group examined 28 different plant species in 2004 for potential use for radio-phytoremediation, they planted them in an old uranium mill tailings waste depot. At the conclusion of the study, the researchers found hemp to possess the best radioactive uptake.

More recently, groups in China found similar results for zinc and cadmium removal. In a report from 2012, a team in Huaibei published results on the efficacy of different hemp varieties at removing cadmium from contaminated soil. Of the 18 cultivars, or strains, tested, only ‘USO-31,’ ‘Shenyang,’ and ‘Shengmu’ didn’t grow well. However, ‘Yunma 4,’ ‘Qujing,’ ‘Longxi,’ ‘Lu’an,’ ‘Xingtai,’ and ‘Shuyang’ showed great biomass, little pigment reduction, and for some, higher concentrations of the toxic cadmium in roots and shoots. In the future, the harvesting of these plants and their offsite disposal at a proper radionucleotide site can allow for safe soil usage once again.

In the Italian town of Taranto — the site of Ilva, the biggest steel plant in Europe — the production of steel poisoned the local environment so thoroughly that in 2008, government officials were forced to have farmers cull any animals brimming with high levels of nickel, lead, and other toxic metals. Now, no one is allowed to graze their animals within 12 miles of the old steel plant.

To revive Italy’s long history with hemp farming (in the ‘50s, only the Soviet Union produced more), a local startup named Canapuglia, led by a hemp-lover named Claudio Natile, gathered the whole community together to clean the soil. “We went to the schools, spoke to the priests, to the farmers, and even to the local military police [to explain] what we were going to use this plant for,” Natile says in an interview from Slate’s article “Hemp and Change.” “The day we planted the seeds, we invited all of them.”

After five years, Natile and the team saw 300 hectares under cultivation and 100 farmers planting hemp. The plant is only used for industrial processing, and the seeds aren’t eaten because they could be contaminated, but each successive generation repairs the soil a little bit more.