Different Stages Of Samadhi According To Yoga Sutras

by Swati: The meeting of Atman with the Paramatma in simple terms is Samadhi… 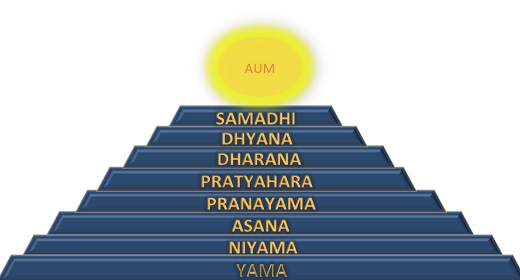 It is often considered the precursor of enlightenment. Each of us is a part of the universe. No matter what we begin as we end up in the oneness, the void or the unconsciousness. Samadhi is said to be achieved by using one of the various types of meditation techniques.

When the mind is fixed for understanding the self, it is said to be in Samādhi. According to Paramahansa Yogananda, Samadhi is a soundless state of breathlessness.  The word can be broken down as sam, “together” or “integrated”; ā, “towards”; dhā, “to get, to hold”: “to acquire integration or wholeness, or truth” A blissful super consciousness state in which a yogi perceives the identity of the individualized Soul and Cosmic Spirit.

Hindu, Buddhists both have their own versions of attaining Samadhi, while yoga has its own path. Patanjali lists Samadhi as the eighth and final step on the path of yoga. Samadhi is often achieved through meditation. In this state, the three aspects of meditation — meditator, an act of meditation, the object of meditation known as God — are finally united.

Samadhi is regarded as the climax of all spiritual and intellectual activity. The power to attain Samadhi is a precondition of attaining release from the cycle of death and rebirth (samsara). Hence, the death of a person having this power is also considered a samadhi.

Sage Patanjali has elaborated eight limbs of yoga in his book Yoga Sutras as:

But, what is Super Consciousness?

It is a state in which the soul realizes that it is much more than the conditioned body. Different types of higher states of consciousness can arise individually or in various combinations.

The list of known types of higher states of consciousness: