Esther Hicks: “I’m in the Vortex”

What is “the vortex”? That’s the term Esther Hicks uses to describe what Abraham refers to as the energy surrounding each of us. 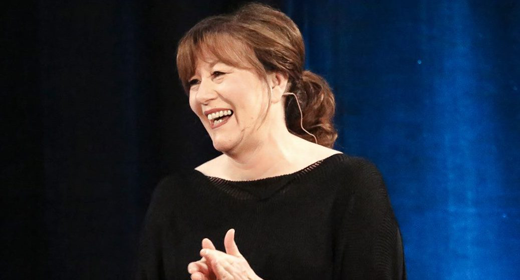 A vortex of energy that’s about to move from the non-physical – the world of thoughts and feelings – into physical manifestation.

I just watched a totally inspiring Law of Attraction video by Esther Hicks on the vortex. Before I give you the link to view it, here’s some background on how we relate to the vortex. Read this first so you get the biggest possible benefit when you watch.

How I think of the vortex is: we put our preferred future into the vortex whenever we ask for what we want.

Every time you’ve experienced what you didn’t want, you simultaneously asked for what you preferred.

Whether you voiced your preference consciously or not, the universe heard your new desire. And responded instantly.

All those preferences – edited and added to and updated as your life unfolds – now live in your personal vortex.

How we receive our preferred future from the vortex is:
we get happy about something – anything – now.

Sounds simple, but it’s easy to get tripped up.

Let’s say you’ve been dreaming for years about receiving enough passive income to take a trip around the world for an entire year and not have to think about your business at all.

Sounds logical but… that is exactly where most people mess up their vibration!

Whenever we ask and ask and ask for what we know we don’t have, we generate resistance and frustration. Behind our cheery affirmations, part of our mind thinks: where is it? When will I get it? Why isn’t it here yet? How come they have it and I don’t?

Instead of attracting what you desire into your now reality, you end up attracting more and more of the same old dissatisfying reality you’ve been living.

Now Esther Hicks and Abraham have made it crystal clear that we don’t have to work hard at manifesting.

All we have to do to receive the stuff in our vortex is to get happy now.

Jerry and Esther Hicks generously posted a 9-minute video, “I’m in the vortex,” on their website, as an intro to their new Abraham book and DVD, The Vortex.

In the video you listen as Esther generates a vibrational match to the happiness of the vortex through her words.

What I invite you to notice is: Esther voices feelings and qualities that make her happy now. She’s not dictating to the universe the specifics of what she wants from her vortex. She trusts the universe to know which creation to manifest and when.

Esther’s job is simply to remind herself of what makes her life feel good.

Also notice as you listen: Esther doesn’t make it about the money. Or about the million-dollar motor coach she and Jerry travel the country in to give their Abraham-Hicks workshops. It’s not about her soul-mate relationship to Jerry. Or their gorgeous homes in Texas and California.

Esther makes getting into the vortex about how she feels. Not about getting stuff.

It’s time we let the universe take care of the manifestation details while we get happy now.