The First And Second Planes Of The Upper World – Dr. Alberto Villoldo 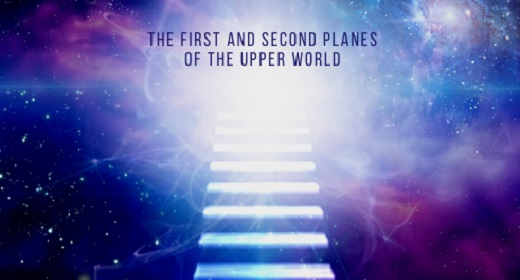 This week we’ll delve into the first two.

The First Plane: The Level of the Stone People

In the first level, time passes in a fashion similar to how we experience it in our world. It marches forward, taking the occasional detour to reverse itself, as it does in dreams, but it is basically linear.

This level is an earthbound world of darkness and suffering, where you purify yourself before moving on to higher levels that are filled with joy and peace. For indigenous cultures, the first level of the Upper World is known as the domain of the Stone People. This is where the essence and spirit of stones reside and energy vibrates at a very low frequency. In other words, it’s a perfectly nice place if you happen to be a stone, but it’s not all that great if you’re a human. There is no light, there are no senses—you have a vague awareness of the presence of others, but you can’t relate to them or communicate with them. Here, there is only suffering.

When we speak about an earthbound spirit that’s purging and cleansing and is still attached to a place where it might have lived or was killed, we’re referring to a spirit that’s stuck in the realm of the Stone People. These are spirits that cling to the location of an automobile accident, a rape, or a murder—in other words, a place where soul loss and life loss happened at the same time. A soul may also become bound to a person that they loved or hated, lingering and clinging until this other person joins them in the first tier, and they’re able to resolve their souls’ business together.

According to legend, you can’t leave the first tier until you learn the ways of stewardship of the earth, represented by the Stone People. If you die with a lot of unresolved conflicts and relationships, for instance, you can get caught in this first level until you’ve said “I love you” and “I forgive you” to those you didn’t share these statements with while alive. Such unfinished business can include wounds that haven’t healed or transgressions that you’ve committed against another person or against nature. This is akin to the Christian concept of purgatory, where penance is made for a period of time before passing on to heaven; or to the Buddhist first world of the bardo, where you “do time,” suffering and purging before you’re able to pass into the timeless realms.

The Second Plane: The Level of the Plant People

As a soul purges and heals, it becomes increasingly awake; consequently, it may pass into the second tier of the Upper World. This level is much more pleasant for humans than the first. You can see, and all of your senses are available to you, but there continues to be suffering as you purge from your last lifetime. In this plane, the tide of time still exerts a pull, and cause and effect still predominate.

According to legend, you can’t leave the second tier until you accept responsibility for the stewardship of all green life, of the flowers, and of the forests. This is the domain of the Plant People, and although it’s still a level of cleansing, it’s also one of growth, life, and sunlight—it’s a green world where the spirits of the plants reside. In Hopi mythology, this is the place where, after the coming of the light, plant life appears on the earth.

The Laika journey to this place to receive guidance as to which herbs and plants they should use for a person in need. It’s from communing with this world that pharmacology first emerged among traditional peoples—it wasn’t through trial and error, as we Westerners often believe. The healers didn’t test a hundred remedies to see which one worked on a stomachache or a wound from an arrow. Today, when an ethnobotanist asks people in the rain forest how they know which plants to use in which combinations for any particular purpose, the answer from the shaman is simple: “The spirit of the plants tells us.”

Next: The third, fourth and fifth levels.