By Karen Maezen Miller: Hold the sadness and pain of samsara in your heart and at the same time the power and clarity of the Great Eastern Sun. Then you can make a proper cup of tea. — Chogyam Trungpa 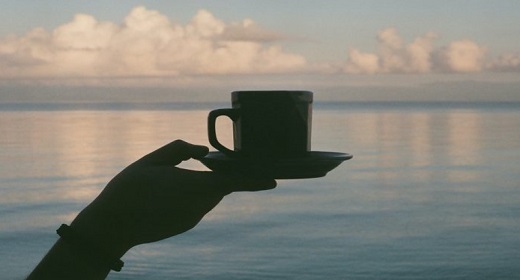 As long as you think that all the trouble and turmoil in the world is outside of you, beyond you, separate from you, then you support the world of samsara, the world of greed, anger and ignorance. Now this is not to blame you, this is to encourage you. It is vital that, since you have been led to the Dharma, you truly commit yourself to your practice, because only through this practice can we see that this world — which appears to be beyond us and outside of us and against us — is not separate. It is the world of oneness.

Right now there is momentum to make a better the world a better place, a noble aim. But I’m here to tell you what my teacher once told me: you can’t do that. You, that separate you, that ego that you carry around, is not the agent of change. As long as you carry that separate self forward, driven by your own beliefs, ambitions, and expectations, you don’t change the world.

I remember years ago when I was first asked to give talks, I told my teacher (because this is the voice of someone who’s quite full of themselves) “I just want to help people.” I thought that was the thing we were supposed to say and supposed to do. And he said, “Maezen, you can’t help anyone.” This was a shock to me, because I had testimonials! I had perfect strangers writing to me and saying “You helped me so much.” But what he was telling me was this: “Maezen, you, with what you think you can do, with your idea of help, striving for purpose and to make a difference, which is all ego, you can’t help anyone.”

But this is not the end of the story. Is it impossible for the world to change? No. It is impossible that it won’t change. What matters is how we move forward and what we share.

An excerpt from the last in a series of talks given during this, the first wave of the pandemic.