by Harry J. Stead: What is synchronicity? And how can we use it for inner growth? 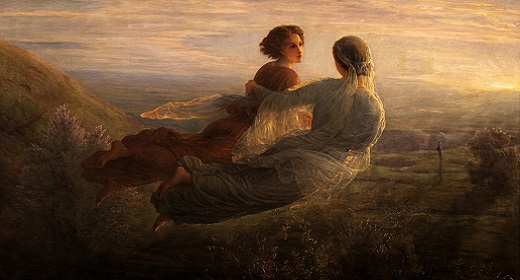 Sometimes events happen in our lives which are seemingly beyond the realm of chance without explanation or cause. Such coincidences are meaningful only to the person who experiences them and are difficult to explain to others without the accusation that one is being superstitious or reading too much into things. One often hears people say. ‘Well, the strangest thing happened to me today.’ But it is not usual for anyone to give their coincidence any further thought than the fact that it was strange. And strange it was indeed, but is that all? Might we ask whether such coincidences have any meaning, a message, some profound insight?

This is the question which psychologist Carl Jung asked when he put forward a new concept which he called ‘Synchronicity’. Simply stated, synchronicity is a non-casual event in the external world which coincides with things going on in the internal world, such as our thoughts, feelings and dreams.Through this concept Jung was attempting to remove the superstition and fantasy which surround unpredictable and impressive events, and present as best as he could a scientific framework that would provide clarification and enable a discussion of such events.

In his endeavour he was inspired by ancient Chinese texts, particularly the I Ching, which states that there is an interrelation between the individual and the cosmos, that one’s inner state participates in the external world. When these two states connect an event of synchronicity is experienced. An example of such an event might include choosing a random television programme to watch and discovering after some time that the main character is experiencing the same trials and struggle as you are. In Eastern religion such events are considered to be the revelations, messages from the divine. Revelations are sacred in Christianity also, but in recent times the West has become too logical and scientific to believe that there is any wisdom in what we would regard as ‘mere coincidence’.

Throughout his book, ‘Synchronicity: An Acausal Connecting Principle’, Jung goes to great lengths to say that he is not denying chance, that the improbable might be just that, improbable, without purpose or meaning. But sometimes coincidences pile up in a way which makes it irresistible not to think that something else is going on. As Jung writes,

‘What I found were “coincidences” which were connected so meaningfully that their “chance” concurrence would represent a degree of improbability that would have to be expressed by an astronomical figure.’

To illustrate his point, Jung gives an example of a young woman patient who was, in his words, ‘psychologically inaccessible’, that is, rational and logical to an extreme, so much so that even after several attempts Jung could not get her to open up about her emotional life; she had sealed herself with her intellect and was cold and rigid as a result. The woman told Jung about a dream she had the night before, in which someone had given her a piece of jewellery in the shape of a golden scarab beetle. While she was telling him this dream, Jung heard a tapping sound on the window. He opened the window and caught a ‘fairly large flying insect’ as it flew in, which turned out to be a scarab beetle with a gold-green colour that resembled the one which the woman dreamed of. Jung handed the beetle to the woman and said, “Here is your scarab.”

This inexplicable synchronistic experience ‘punctured the desired hole’, Jung writes, ‘in her rationalism and broke the ice of her intellectual resistance.’ As a result, Jung could continue his work with the woman with satisfactory results. The woman had been so convinced about the nature of reality, so rigid in her convictions and assumptions that nothing other than a paranormal, mystical event, beyond description and words, would weaken her resolve. Her armour was pierced, and quite suddenly she underwent a change in attitude, a psychic renewal. Her transformation had likely begun well before her meeting with Jung, but it took this synchronistic incident to cause a breakthrough. The woman’s dream of the scarab, therefore, was appropriate to the changing conditions which she was experiencing, for it is an ancient Egyptian symbol of rebirth, transformation, and resurrection. Subsequently, Jung concluded that the symbols which emerge in one’s dreams often relate to psychic events, and that such ‘symbolic parallels cannot be explained without the hypothesis of the collective unconscious.’

Synchronicity is not merely the giving of subjective meaning to improbable events; rather it entails that such events have meaning by themselves. It is a message from a greater power which reveals the deep connection between physical events and psychic events. This takes us into the realm of the metaphysics, that sub-strata of reality which is beyond the material, and invoking such it implies a deeper, unseen order to the universe. Synchronicity then is an engagement with the numinous, with the spiritual, and involves a great deal of openness, genuine openness to the mysterious, to the unknown, paranormal, esoteric. This is daring because it is contrary to our empirical, scientific worldview, and offers a counter narrative to the rational approach to religion.

Whilst modernity thinks of as coincidence or random activity, traditional cultures see all activity as the work of a strange invisible being, a spirit. If something remarkable happens, they would say it is because one of the gods transformed himself in physical form and made it happen. In the ancient world, spirits and physical matter intertwined with each other, and the gods wandered alongside us through the forests and fields; they were believed to be mediators, connecting us to the inner and outer world. They do not communicate through our human languages, but through universal, archaic symbols, images or archetypes, which derive from the collective unconscious and are the psychic counterpart of instinct. Dreams in particular are said to be messages from the gods, who are doing our thinking for us whilst we sleep. The western mind, however, has completely thrust out wonder and mystery, denouncing it as superstition, and preferring instead to fortify itself with logic and reason.

Jung is not suggesting that we should be superstitious and assume chance events are the works of gods. But what he does propose is that we treat coincidences as that which suggests something new to be added to our understanding of ourselves and the world. For it is the purpose of synchronicities to pull our attention inwardly toward something that we may not know about ourselves or an opportunity that expands our character; and by being alert through insight and illumination we can take full advantage of whatever is being offered to us. Chance events, therefore, are signs that allow us to navigate the flow of the field in the direction of benefit to us instead of simply allowing the play to take us where it will.

The most important question we should be asking is not what causes the coincidence, but what is the message that comes with the coincidence? As an example, say you dream of an old friend one night and then the next day you come across this friend in the street — the question arises: Why has this person come into my life on this particular day? Perhaps this synchronicity is an indication that you should spend more time with this person, or perhaps this person has qualities which you need to cultivate in your character — either way the symbol serves as a reminder of something within yourself which you have neglected or is undeveloped. Therefore, the simple assumption that things exist for a purpose opens your eyes wide enough to notice how things are colliding and interweaving with your life, and how they might be serving you, and what you could potentially learn from them.