Catch The Final Moments Of Harajuku Station Closing After 96 Years

by Nicolaus Li: Take a look at the new station and learn more about the upgrades for the district… 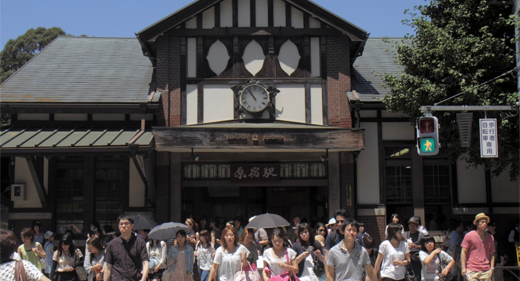 Over the weekend Japan Railways officially closed the Harajuku Station we have known since 1924 to a crowd that helped bid farewell to the oldest wooden station in Tokyo. The station that serviced the Yamanote Line was closed with a ceremony which saw its attendants in full uniform lining up at the building’s entrance calling out “Thank you very much for these last 96 years” in Japanese and bowing while the gates came down for the last time.

After 96 years and surviving the firebombing of Tokyo during World War II, the building was closed to make way for a rebuilt station that opened just three hours after the official closure. No longer meeting Tokyo’s fire safety codes, JR announced plans for the rebuild as the Harajuku neighborhood has gone through waves of modernization in the last few decades.

Located directly beside its predecessor, the new station features four times as much floor spaces and has exits for Omotesando, Takeshita dori and towards the Meiji Shrine, along with a dual-platform layout, more elevators and handicapped restroom stalls to deal with the crowds of people that will be using the new station.

Catch the final moments of Harajuku Station and the opening of the new station for the district below.

In case you missed it, Honda recently teased an upcoming collaboration with Evangelion.