by Mark Fischetti:  What scientists know about the inner workings of the pathogen that has infected the world… 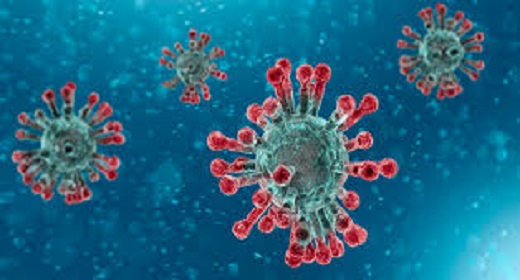 For all the mysteries that remain about the novel coronavirus and the COVID-19 disease it causes, scientists have generated an incredible amount of fine-grained knowledge in a surprisingly short time.

In the graphics that follow, Scientific American presents detailed explanations, current as of mid-June, into how SARS-CoV-2 sneaks inside human cells, makes copies of itself and bursts out to infiltrate many more cells, widening infection. We show how the immune system would normally attempt to neutralize virus particles and how CoV-2 can block that effort. We explain some of the virus’s surprising abilities, such as its capacity to proofread new virus copies as they are being made to prevent mutations that could destroy them. And we show how drugs and vaccines might still be able to overcome the intruders. As virologists learn more, we will update these graphics on our Web site (www.scientificamerican.com).

A SARS-CoV-2 virus particle wafting into a person’s nose or mouth is about 100 nanometers in diameter–visible only with an electron microscope. It is a near sphere of protein (cross section shown) inside a fatty membrane that protects a twisting strand of RNA–a molecule that holds the virus’s genetic code. Proteins called “S” form spikes that extend from the surface and grab onto a human cell, hundreds of times larger, so the particle, or virion, can slip inside; the crown, or corona, appearance gives the virus its name. Structural proteins–N, M and E–move inside the cell, where they help new virions form.

HOW THE IMMUNE SYSTEM RESPONDS

Infected cells send out alarms to the immune system to try to neutralize or destroy the pathogens, but the viruses can prevent or intercept the signals, buying time to replicate widely before a person shows symptoms. When infection begins, the innate immune system tries to immediately protect lung cells. The adaptive immune system gears up for a greater response.

THE REMARKABLE AND MYSTERIOUS CORONAVIRUS GENOME

The SARS-CoV-2 genome is a strand of RNA that is about 29,900 bases long–near the limit for RNA viruses. Influenza has about 13,500 bases, and the rhinoviruses that cause common colds have about 8,000. (A base is a pair of compounds that are the building blocks of RNA and DNA.) Because the genome is so large, many mutations could occur during replication that would cripple the virus, but SARS-CoV-2 can proofread and correct copies. This quality control is common in human cells and in DNA viruses but highly unusual in RNA viruses. The long genome also has accessory genes, not fully understood, some of which may help it fend off our immune system.

ProofreadingBecause the SARS-CoV-2 genome is so long, it can encode a huge amount of information, enabling the novel coronavirus to create more proteins and perhaps carry out more sophisticated replication strategies than other RNA viruses. One of these advantageous proteins is an enzyme called exonuclease (ExoN), which helps the virus proofread and correct copies as they are made. Only viruses with genomes longer than about 20,000 bases make this enzyme.

Once a SARS-CoV-2 virus has infected a lung cell, an enzyme called polymerase starts to make copies of its RNA while another enzyme, ExoN, finds random mutations and expels these genetic mistakes from the copies.

Accessory GenesUnusual, short bits of the genome called accessory genes are clustered with the structural protein genes. Researchers are not yet sure what they do. Several are thought to encode proteins that help the virus evade the immune system.