by (ncbi): The pathogenesis of a COVID-19 respiratory infection, in a major way, is related to what is referred to as the cytokine storm [cytokine storm syndrome (CSS, hypercytokinemia, etc.], i.e., it is a hyper-inflammatory response… 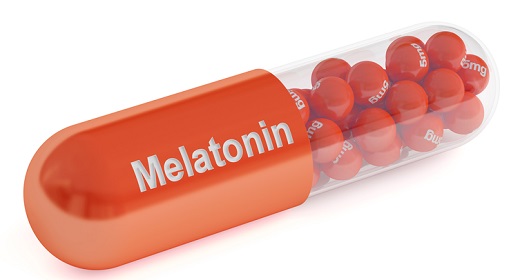 During this response, an explosive production of proinflammatory cytokines such as TNF-α IL-1β, and others occurs, greatly exaggerating the generation of molecule-damaging reactive oxygen species (free radicals) [1]. In severe cases, the cytokine storm is responsible for the most obvious signs of a COVID-19 infection including fever, lung injury which causes cough and shortness of breath (and the long-term complication, lung fibrosis) and in death.

A causative factor related to the hyper-inflammatory state of immune cells is their ability to dramatically change their metabolism. Similar to cancer cells in many solid tumors, immune cells such as macrophages/monocytes under inflammatory conditions abandon mitochondrial oxidative phosphorylation for ATP production in favor of cytosolic aerobic glycolysis (also known as the Warburg effect) [2]. This switch is driven by the transcription factor HIF-1α (hypoxia inducible factor-1α) and the serine/threonine kinase, mTOR (mammalian target of rapamycin) and other proteins The change to aerobic glycolysis allows immune cells to become highly phagocytic, accelerate ATP production, intensify their oxidative burst and to provide the abundant metabolic precursors required for enhanced cellular proliferation and increased synthesis and release of cytokines (Fig. 1 ). This figure illustrates the differential glucose metabolism in a healthy macrophage and in a COVID-19-activated macrophage. In a healthy macrophage, pyruvate, a glucose metabolite, enters the mitochondria where it is enzymatically converted to acetyl-coenzyme A by the enzyme pyruvate dehydrogenase complex (PDC). Acetyl-coenzyme A feeds the tricarboxylic acid cycle (TCA) and supports oxidative phosphorylation (OXPHOS). Additionally, acetyl-coenzyme A is an essential co-factor/substrate for the rate limiting enzyme in melatonin synthesis, arylalkylamine N-acetyltransferase (AANAT). This allows for melatonin to be regularly produced in healthy macrophages; melatonin functions intracellularly and is released into the cellular microenvironment, but not into the blood. In COVID-19-activated mitochondria, via HIF-1α, mTOR, etc., the enzyme pyruvate dehydrogenase kinase (PDK) is strongly upregulated and inhibits PDC (red X). Thus, acetyl-coenzyme A is not synthesized and mitochondrial OXPHOS falters with ATP synthesis occurring in the cytosol via aerobic glycolysis (Warburg effect). Similarly, mitochondrial melatonin production is shut down so the cell is deprived of an essential antioxidant, anti-inflammatory agent and of an immune-enhancer so the elevated synthesis of proinflammatory cytokines goes uncontested and the cytokine storm is a result. 5-HT = serotonin; ASMT = acetylserotonin methyltransferase; CoA = coenzyme A; IMM = inner mitochondrial membrane; HIF-1α = hypoxia inducible factor-1α; mTOR = mammalian target of rapamycin; NAS = N-acetylserotonin; OMM = outer mitochondrial membrane; PPP = pentose phosphate pathway.

A number of drugs have been proposed as treatments to prevent or reduce the severity of a COVID-19 infection. One agent that has been suggested to be potentially useful in this regard is the endogenously synthesized molecule, melatonin [[3], [4], [5], [6], [7]]. Melatonin was initially discovered in and thought to be exclusively a product of the vertebrate pineal gland. However, in consideration of the identification of melatonin in prokaryotic bacteria [8], from which mitochondria evolved (the endosymbiotic theory) and the uncommonly high levels of assayable melatonin in mitochondria [9], it was speculated and eventually documented that this indoleamine is synthesized in this organelle [10]. Given that most cells (a few exceptions) contain mitochondria, it is now believed that melatonin production occurs in most cells in all organisms. This has also been specifically demonstrated in human lung monocytes/macrophages [11].

Because of melatonin’s potent antioxidant and anti-inflammatory activities, it would normally reduce the highly proinflammatory cytokine storm and neutralize the generated free radicals thereby preserving cellular integrity and preventing lung damage. In the absence of acetyl-coenzyme A, mitochondrial melatonin is no longer available to combat the inflammatory response or to neutralize the generated reactive oxygen species and the massive damage that occurs in the respiratory tree resulting in the primary signs of COVID-19 disease. Importantly, endogenous melatonin production diminishes markedly with age especially in frail older individuals. This is consistent with the more serious nature of a COVID-19 infection in the elderly.

Aerobic glycolysis is an important feature of highly proinflammatory state since it ensures the necessary high levels of ATP and the abundant supply of biomolecules to ensure synthesis and release of the damaging molecules that constitute the cytokine storm. This increased aerobic glycolysis coupled with the absence of locally-produced melatonin provides the optimal environment (the perfect “cytokine storm”) for the massive tissue damage that occurs in COVID-19 disease.

Given the above information, the use of supplemental melatonin as a treatment to overcome a COVID-19 infection is justified. Exogenously administered melatonin reverses aerobic glycolysis by repressing both HIF-1α and mTOR thereby disinhibiting PDC activity and allowing acetyl-coenzyme A synthesis which also ensures locally-produced melatonin production [13]. The functionally re-instated mitochondria-generated melatonin in combination with the parenteral melatonin provides a formidable weapon to reduce the cytokine storm as well as its damaging consequences thereby relieving the signs of a COVID-19 infection.

The anti-inflammatory and antioxidant actions of melatonin in protecting the lungs from damage in many experimental models that involve inflammation or oxidative stress (or both) is well documented [14]. Moreover, melatonin has anti-viral actions against viruses other than COVID-19 [15,16]. The collective data, in addition to its very high safety profile, indicate that melatonin would be effective as a treatment for COVID-19 and support the recommendation of the published reports that encourage its use for this purpose [[3], [4], [5], [6], [7]]. Melatonin is inexpensive, non-toxic over a very wide dose range, has a long shelf-life and can be self-administered which is a major advantage when large numbers of individuals are involved. Thus, the use of melatonin to mitigate the COVID-19 pandemic would be feasible and a socially-responsible measure to attempt.