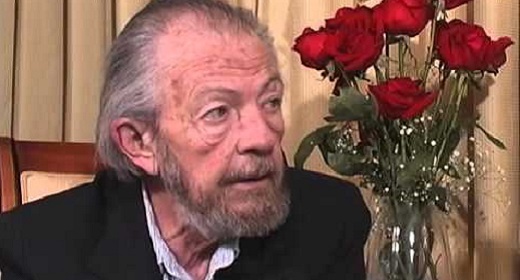 As Medical Director of the North Nassau Mental Health Center (1956 – 1980) and Director of Research at Brunswick Hospital (1968 – 1979) on Long Island, NY, Hawkins led the largest clinic of its kind in the U.S.  In 1973, He co-authored Orthomolecular Psychiatry with Nobel Laureate chemist Linus Pauling, initiating a new field within psychiatry.

Hawkins spent the last three decades of his life in Arizona, working to correlate the seemingly disparate domains of science and spirituality.  In 1983, he established the Institute for Spiritual Research, a nonprofit organization dedicated to consciousness research.  Among Dr. Hawkins’ most well-known books are Power vs. Force; The Eye of the I; and I: Reality and Subjectivity.

In his numerous books and lectures, Dr. Hawkins described his state of nondual consciousness.  The following are Hawkins’ written descriptions of this mystical awareness:

“When the self [(personal ego)] dissolves into the Self, it is experienced as a great expansion from limited, transitory, and vulnerable to immortal, infinite Allness that transcends all worlds and universes.  As such, the Self is not subject to death or birth, as it exists beyond temporality.  The obscurity of the Self was the result of merely misidentifying perception as representing all Reality.”

“The Ultimate Truth [of the Self] is beyond is-ness, beingness, or any intransitive verb.  Any attempt at Self-definition, such as “I Am That I Am” or “I Am” is redundant.  The Ultimate Reality is beyond all names.  “I” signifies the radical subjectivity of the state of Realization.  It is in itself the complete statement of Reality.”

“In the nonduality of awareness, even sequence no longer occurs, and awareness replaces experiencing.  There is no longer the experience of “moments,” as there is only a continuous Now….Nothing is imperfect….Instead of sequence, there is the observation that everything is in a state of unfoldment, and that all form is only a transitional epiphenomenon created by perception and the observational habits of mental activity.”

“With the cessation of time, the doors swing open to an eternity of joy; the Love of God becomes the Reality of the Presence.  The knowingness of the Truth of all Life and Existence stand forth with stunning Self-revelation.  The wonderment of God is so all-encompassing and enormous that it surpasses all possible imagination.  To be at last truly and finally home is profound in the totality of its completeness.”

“In the Presence of God, all suffering ceases.  One has returned to one’s Source, which is not different from one’s own Self.  It is as though one had forgotten, or is now awakened from, a dream.  All fears are revealed to be groundless; all worries are foolish imaginings. There is no future to fear, nor past to regret.  There is no errant ego/self to admonish or correct.  There is nothing that needs changing or improving.  There is nothing about which to feel ashamed or guilty.  There is no “other” from which one can be separated.  No loss is possible.  Nothing needs to be done, no effort is required, and one is free from the endless tug of desire and want.”

“Divinity is Infinite Love.  Within its Presence, even relinquishment of bodily existence is not a “problem” or a source of resistance…as the ego dissolves, so do all its fears and presumptions.  The Inner Reality is immune to considerations or doubts.  The Self is certainty.”

“The ultimate awareness and knowingness in the Presence of God is Peace.  The Peace proclaims infinite safety and preservation with infinite protection.  No suffering is even possible.”

“There is absolutely nothing in ordinary human experience to compare with the joy of the Presence of the Love of God.  No sacrifice is too great, nor effort too much, in order to realize that Presence.”

“With the expansion of knowledge to include the nonlinear nonduality of Reality, it will become stunningly apparent that the most profound radically scientific statement that is possible to make is, in fact, Gloria in Excelsis Deo [(Glory to God in the highest)].”