The Importance Of Gender Balance In Leadership

by Anodea Judith PHD: Today, more than ever, we need a balance of men and women in leadership… 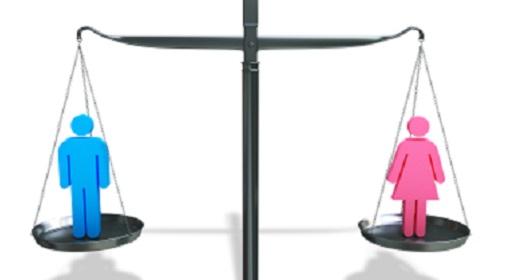 And while women have been flowing into the workplace for several generations now, the percentage of women in leadership roles still lags far behind men.

While women hold nearly 52% of all professional jobs, only 14.6% are executive officers, with only 8% being top earners. In the health care and social assistance fields, they are 78.4% of the labor force and only 12.4% of board of directors and none are CEOs! By these lights, politics is doing pretty good, with 20% of the American House and Senate comprised of women, and maybe facing our first woman president in 240 years. (These and more stats can be found here.)

Why is it so hard for women to break through this glass ceiling? 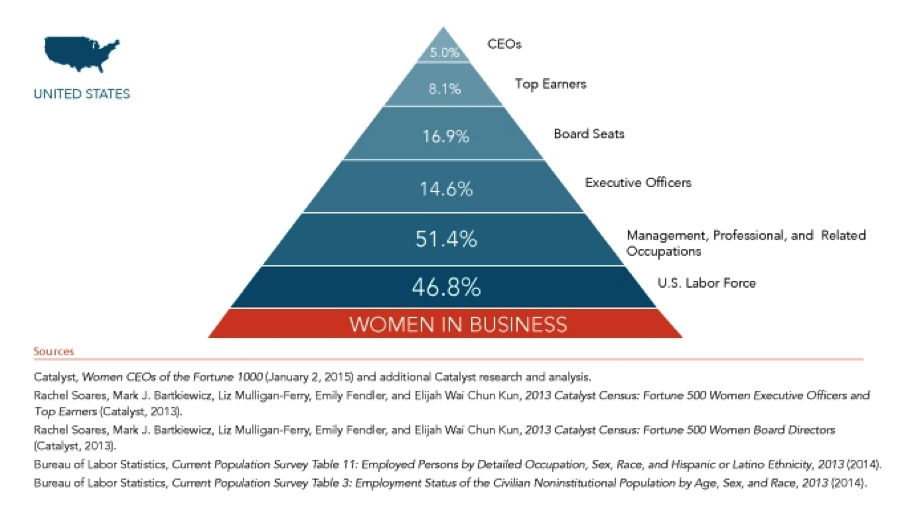 The cultural concept of leadership is predominantly masculine. Male leadership tends to be head-centered, strongly directive, and absolute. (Waffling is seen as weak, rather than a deep consideration of changing factors, for example.) Male leaders are expected to be powerful and commanding, but it often requires them to be out of touch with their own feelings and vulnerability—which is seen as antithetical to being powerful leaders.

Women’s leadership looks and acts differently. By the very fact that we have different bodies, brains, and hormones, we lead from a different place. We take our guidance less from the abstract realm of the mind than from a deep knowing within the truth of our bodies.

Women bear children from their bodies, they feed them at their breast, they feel things deep within their bodies that enables them to lead with compassion and connection—not as power over, but power with.

When women have to compete in a male culture, we have to change our natural shape to become something we are not. We can do this, of course, as we have for centuries. But it comes at a cost—and that cost is often our health, to say nothing of our authenticity.

Women, for example, without the same amount of testosterone that drives a man, tend to push forward from their adrenal glands instead, often developing adrenal fatigue.

But there is another way to lead. It is not invulnerable power, but that very power that comes from knowing our ground, feeling our guts, moving from our belly, expanding through the heart, voicing our truth, shining with vision, and holding a consciousness of the whole rather than a part.

Our bodies are one whole organism, not an assemblage of parts. And the body doesn’t lie. Every movement we make, every word we speak comes from an embodied experience of truth. What we feel inside cannot be proved by an outer authority; it is not a command, an absolute dictum, but a statement of reality. It is a truth that resonates with other bodies, and builds a resonance among a group, inviting something real to emerge.

As women adorn their bodies, they are a shining example of leading with beauty. Our bodies are full and round and supple. We come in different shapes and sizes. When we own this, and embrace the wild beauty of variety, we allow others to have the freedom to be who they are.

We can also lead with a compassionate touch or a sacred movement like a bow. This puts people in touch their own bodies, and brings them into their own truth.

Our world is collapsing because the masculine way of life has turned us away from our bodies, away from the earth, and away from the emotions, that are now running wild in their shadow form of fear and hate.

When a woman leads from within her body, it is felt by everyone in her presence as love. It is felt as congruent, connected to our common reality, the survival of a species that is gloriously embodied in an equally glorious world of beauty and wonder. We lead from this connection, not separation, from example rather than command. We shepherd, rather than dictate.