The True Meaning Of Kundalini Awakening

by Drishith: Anyone who knows about Kundalini and believes in it has this hidden desire to awaken it… 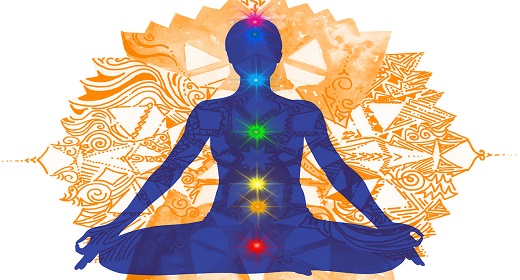 They say that once Kundalini Awakening happens, it transforms an average human into a supreme being. Probably, that is the reason why a lot of people around the world are attempting this act of courage, determination, and sacrifice. While they are quite occupied in their venture, there are quite a few of us who know very less about Kundalini, and what exactly it means when I say, “Kundalini Awakening . . .”

Let us first understand the meaning of Kundalini, it simply means ‘that which is coiled’, and it can also be interpreted as ‘coiling like a snake’ or ‘coiled up’. It is considered as a vital force or energy that we all hold within us. Kundalini is represented as a serpent coiled around the Root or Muladhara Chakra, the first of 7 chakras at the base of the spine.

Kundalini Awakening has been described in two different, yet quite similar ways.

Kundalini Awakening as per Hindu Dharma

The first description could be attained from the books of Dharma, or religion. It associates Kundalini with the Seven Chakras that exist inside a human body. Very simply, Chakras are these pools of energy that are guided by specific emotions. By maintaining the right kind of mindset and emotional balance, we ensure the proper flow of energy in these Chakras.

Awakening of Kundalini as per Traditional Indian Medicine

According to Traditional Indian Medicine and Spiritual Science, the vertebral column can be divided into three segments, when considered vertically. The left and right segments are called Ida and Pingala. These are cavities that run through the column, starting from the base of the skull till the lower back. The cavities contain Nadis, which are pathways for the flow of energy in the human body. There are altogether 72000 Nadis that spread across the human body.

The middle portion of the vertebral column is called Sushumna. Unlike Ida and Pingala, Sushumna consists of a viscous transparent fluid. At the top of the column, there is a knot structure that prevents the fluid from entering the brain, and at the base, there is a spiral-shaped muscle. It is the very segment that helps keep the fluid intact.

Awakening Kundalini causes the tip of the muscle to come in direct contact with the base of Sushumna. What the tip does is that it starts a pumping action, due to which the fluid in Sushumna starts rising. This fluid, then, surpasses the knot at the top of the column and enters the skull. It makes its way around the skull and exits it through Brahmarandra, which is a tiny hole located on the skull. It is also known as Burr Hole, and one can feel it positioned in between the eyebrows.

The liquid then flows downwards through the muscles of the cheeks, the neck, the abdomen, and finally, reaching the same spiral muscle where it all began. The entire process continues in the form of a fluid cycle.

What Happens After the Kundalini Awakening Happens?

Well, the definition of Kundalini and the technique of awakening it might be different up to a great extent from one text to another, but the impacts are more or less the same. Religious as well as medical experts believe that the body, as well as the mindset of the individual, transforms once his Kundalini is Awakened.

There may not be significant transformations look wise, but abilities wise, the changes are extreme. It is said the one who’s had his Kundalini Awakened is able to control his body and mind in such a way that he can limit the intake of fundamental things like food, air, and water as per his desire, and still be healthy. He can cut out emotions like love, friendship, brotherhood and so on, and still maintain his sanity. He is able to travel the cosmos, by letting his soul fly, while the body remains on the ground. He acquires enlightenment, and quite possibly, even becomes one with God.

What is the process of Kundalini Awakening?

Unlike other religious processes, Awakening Kundalini is not just about hiring a priest and conducting a day-long ceremony. It requires the individual to meditate in an extreme manner, and for years. He also needs to master Asanas and Pranayams to bring his body to a peak physical condition. Chanting of Mantras at specific times during the day or night is among the basic tasks.

Apart from what he needs to do, there’s a long list of things that he needs to sacrifice. He needs to give up his lifestyle, his habits, his friends, and his family. He needs to live with himself and devote himself to his individuality and to the supreme one. And all this needs to be performed in the presence and guidance of an experienced guru. Whatever the guru says, the disciple has to obey. And this is the only way.

As humans, we all desire to be special, and superior to others, and this process seems to take us one step closer to what we want. Awakening of Kundalini sounds like an interesting thing to attempt, and that is why a huge number of people are leaping at it.