These Plant-Based Steaks Come Out Of A 3D Printer

by Adele Peters: Plant-based burgers are one thing, but a fake steak that can convince meat eaters is a much harder accomplishment. Redefine Meat thinks it’s figured it out… 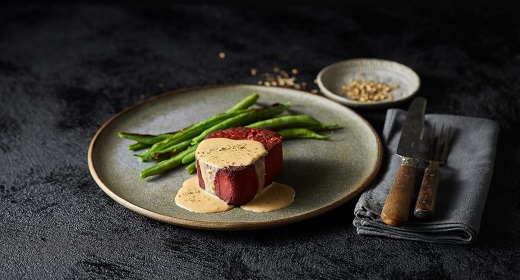 Inside a lab in Rehovot, Israel, a 3D printer the size of an industrial refrigerator is busy printing plant-based steaks. Redefine Meat, the startup that developed the technology, sees it as the next step for the world of alternative protein: If companies like Impossible Foods have created plant-based burgers that are meaty enough to tempt omnivores, now the industry wants options for realistic whole cuts of faux meat.

The startup, launched by cofounders who met while developing digital printers at HP, created custom 3D printers that aim to replicate meat by printing layers of what they call “alt-muscle,” “alt-fat,” and “alt-blood,” forming a complex 3D model. “Real meat is an extremely complicated product, where much of the sensory experience comes from the matrix,” says cofounder and CEO Eshchar Ben-Shitrit. “Meat is not just proteins, fats, and water. . . . Beef, especially, is a product that has been ‘built’ for years by the cow.” (Other startups are also working on the challenge of making realistic cuts of meat, some through the use of mycelium, the root-like fibers in mushrooms.) 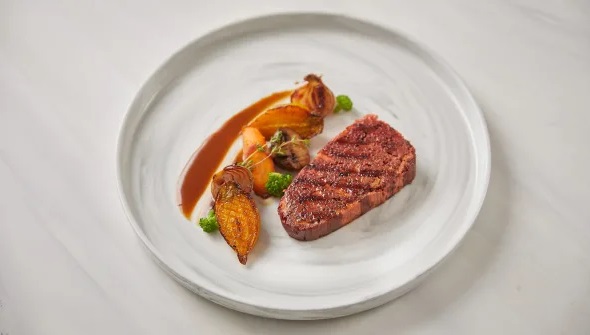 The company will be selling the printers to restaurants, which can tailor the digital recipe so “changes in the product come at zero cost or complexity,” he says. “We can use a 3D model of an entirely different meat product with the same machine, process, and ingredients, whereas traditional food production technologies have to change entire formulations. We can also iterate a steak to be softer, harder, juicier with less fat, and much more—all with a simple click of a button.” While the costs will come down as the company grows, they say that their “Alt-Steak” is already competitive with high-end steaks. Ultimately, it should be more affordable, converting plants into food more efficiently than a cow.The team, which closed a seed round last year led by CPT Capital, an early investor in Beyond Meat and Impossible Foods, has been working with chefs, butchers, food technologists, and taste experts to try to recreate the texture and mouthfeel of steak. “We are working on recreating the entire range of meat products coming from animals,” says Ben-Shitrit. “However, steak is the strongest and most meaningful symbol of what is ‘meat.’ It’s also the most challenging product from a technical perspective. Not only does it have a very unique structure, texture, and flavor, but from a culinary perspective, it doesn’t have a bun or lots of covering elements to mask the sensory experience—it’s usually cooked very simply.” 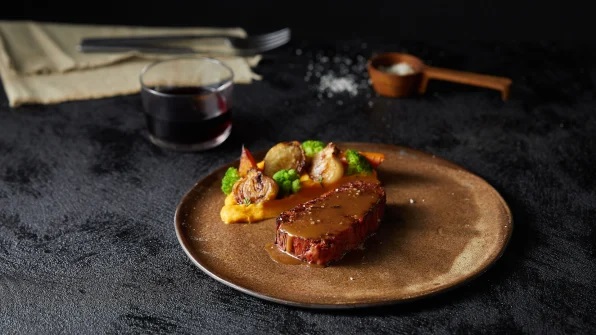 Like other plant-based meat, the new product has environmental advantages; the team has calculated that it uses 90% less water and 95% less land, and emits 90% less carbon dioxide, than meat from a cow. The meat is also healthier, with less fat than meat and no cholesterol, but the same amount of protein and more fiber.The startup will begin testing the printers at restaurants later this year, and then plans to ramp up production for distribution in 2021. It believes that it can help accelerate the changes that are already happening in the food industry. “We believe in the next 20 years we’ll see a massive shift towards replacing animals in the food supply chain,” he says. “It will happen in eggs, dairy, and meat, but the biggest problem is no doubt meat.” In the longer term, he thinks the industry could completely transform. “One hundred years from now, our great-grandkids will find it shocking that we needed to raise and kill animals for food.”