What Have You Done For Your True Self Lately?

by Pam Sichel: Time to be Kind: True Immune Nourishment… 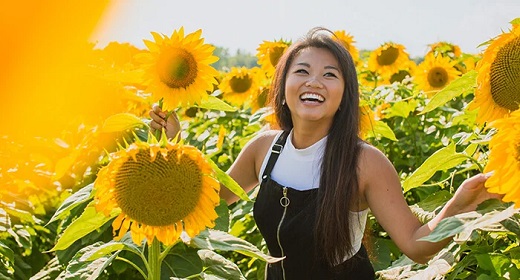 Healthy, conscious living has now become a daily imperative. In our new norm we have to adapt to new ways of living that support our mind, body, heart and soul. Perhaps a new consciousness is emerging on our planet — an awareness of what it means to be healthy on all levels — which extends into emotional and social health. We are now, more than ever before, living with an awareness of being in the same dream — time will tell whether this is the beginning of an evolutionary transformation or a hard lesson in nature’s power over humanity. Meanwhile, we must remember to care for our health and minds, and feel gratitude for time to reflect.

Love Your Worries Away

Fear and anxiety-based stress measurably weakens our immune defenses. Experts in the emerging field of psychoneuroimmunology tell us that physical, emotional, and environmental stress can compromise immune system function and contribute to a range of other health concerns. When we are overwhelmed by fear and lose the capacity for lucidity, we’re more likely to make poor choices. Fear does not always keep us safe, nor does it play a role in developing resilience and skillful adaptation to change.

As humans, we have the capacity to consciously shift out of distressing thought patterns to create new ones. This is also a powerful way to support immune health and take a step toward waking up to genuine awareness.

Shifting awareness away from the ‘monkey’ mind, that panics in the face of uncertainty, is the key. Our human capacity to manage attention is our escape hatch from reactivity and overwhelm. We’ve heard much about ideas of ‘mindfulness’ in the last decade — to truly overcome fear, we need sustained mindfulness. Rather than being fearfully vigilant, we have the capacity to become mindfully vigilant, observing and releasing thoughts and emotions rather than reacting to them. Sustained awareness is more than a short-term tactic — it is a way to enter a new type of consciousness moving forward.

There is no shortage of methods. If you have a technique, use it and get ‘professional’ about it — make it a daily priority, like brushing your teeth. It’s fine to do a few shorter sessions rather than a single long period each day, but whichever you choose, stick to it.

If you don’t have a preferred method, do a little research. YouTube offers dozens of instruction opportunities — just use the search term ‘meditation methods.’ One choice is Russell Brand talking viewers through a straightforward, dogma-free method. Another option is available from Tibetan teacher Yongey Mingyur Rinpoche, who speaks of his own experience in learning meditation to manage, and finally overcome, the panic he experienced as a child.

Relax, Take a Deep Breath — Everything is as it Should Be

Science tells us that the immune system is ‘autonomous,’ meaning that it is an automatic function of the body and cannot be controlled by the mind. Autonomous functions, including temperature regulation and heart rate, are controlled by the sympathetic nervous system, which also controls the body’s response to threats by flooding it with hormones and increasing the heart rate to activate action, such as running away from a predator.

For thousands of years, yogis have taught methods such as pranayama to harness the power of the breath and control the body’s autonomous functions. In Tibet, yogis have mastered breathing techniques that allow them to not only survive in frigid high altitudes, but actually generate enough energy in the form of heat to melt snow and ice. Yogis trained in this method, called ‘tummo,’ sit outside in the snow wearing only a cotton sheet. By producing enough heat to melt the surrounding snow, they demonstrate mastery of the practice by controlling the body’s autonomous temperature regulation.

For decades, Western science has scoffed at these seemingly impossible demonstrations, but a native of Holland, Wim Hof, not only mastered these techniques, but convinced researchers to test and confirm the results in laboratory environments. He said, “I’m not the first to be able to do this, but I am the first one to bring it to science and to take away the speculation around it.”

While Hof has demonstrated extreme feats, such as climbing Mt. Everest in a pair of shorts, for most of us, the value of these breathing practices is not in performing the impossible, but rather taking advantage of the benefits these techniques have for the immune system. Even the most basic of Hof’s breathing techniques can support immune health by changing the body’s chemistry to a desired alkaline state that supports immune system function.

The value of breathing practices is not in performing the impossible, but rather taking advantage of the benefits they have for the immune system.

We can learn to harness the power of the breath and control the body’s autonomous functions. Image: Michelle

Researchers observing Hof in laboratory settings reported that his techniques had observable, beneficial effects on the immune system and inflammation. According to the Proceedings of the National Academy for Sciences, “Hitherto, both the autonomic nervous system and innate immune system were regarded as systems that cannot be voluntarily influenced. The present study [on Hof’s methods] demonstrates that, through practicing techniques learned in a short-term training program, the sympathetic nervous system and immune system can indeed be voluntarily influenced.”

Start Laughing and Not Sweating the Small Stuff

According to the Mayo Clinic website, laughter not only relieves stress, it increases oxygen intake and stimulates the heart, lungs, and muscles. Laughter also releases the body’s stress and pain-relieving hormone, endorphins, and calms the body’s stress response by stimulating circulation that in turn encourages relaxation. According to a Mayo Clinic article, “Negative thoughts manifest into chemical reactions that can affect your body by bringing more stress into your system and decreasing your immunity. By contrast, positive thoughts can actually release neuropeptides that help fight stress and potentially more serious illnesses.” In simpler terms, laugh more.

Our taste in humor can be as unique as our taste in food or art, and comedy has as many genres as music. Think about what makes you laugh — for some, it’s pure physical slapstick like The Three Stooges or The Marx Brothers. For others, it’s situational absurdity — time to revisit A Fish Called Wanda or Monty Python and the Holy Grail. Also Dirty Rotten Scoundrels with Steve Martin and Michael Caine. Social satire and irony? Consider Jim Carrey in Yes Man or The Truman Show. Mockumenatary? Best in Show and This Is Spinal Tap. Parodies? Try classic send-ups like Blazing Saddles and Young Frankenstein.

For kids, consider Steve Martin in the Pink Panther or Kicking and Screaming with Will Ferrell and Robert Duvall. All the Toy Story movies and classics like The Absent Minded Professor fit the bill as well. Embracing laughter is no longer a pastime — it is an immune-supporting strategy.

We are What We Eat — Choose with Body Wisdom, the Mind and the Tastebuds

Mara Frank is a Doctor of Traditional Chinese Medicine (TCM) and licensed acupuncturist in Atlanta, GA. She offers a strategic to dealing with the current pandemic from the perspective of TCM. While there are many immune-supporting methods in TCM, Mara says her most important take-away is eating well to support immune health. She said, “Number one, eat real food — fresh raw and cooked vegetables.” Mara approaches nutrition from the Chinese Five Element perspective, and suggests eating foods that support the lungs (metal) and spleen (earth). For vegetarians and vegans, choose rice, navy beans, and almonds — these foods are associated with the metal element that rules the lungs. Foods that support the spleen include millet, barley, garbanzo bean, and pine nuts.

Laughter has a profoundly healing effect on the body. Image: Brian Lundquist

While the Chinese Five Element system offers a number of nutritional recommendations, Mara refers to the conventional wisdom of Grandma’s chicken soup. “Add ginger, onion, garlic, turmeric, or green onion,” she said, and suggests exploring vegan options as well. She also recommends eating fermented foods, and that coffee and tea are fine if sweeteners are left out. She suggests staying well hydrated, but with room temperature or warm water rather than cold.

Adopt Adaptogens with a Relish

We adapt to small changes every day, but sweeping social and cultural change can be stressful. Most don’t realize that Charles Darwin never promoted a theory of “survival of the fittest,” which has been retooled to “survival of the strongest or toughest.” What he actually said was that the species most able to adapt to stress and change are the ones most likely to survive and thrive. Nature, in her infinite wisdom, has provided us with plants and herbs, called ‘adaptogens,’ that support the body and mind during challenging times.

The term ‘adaptogen’ is from the Latin word adaptare, which means to ‘fit’ or ‘adjust.’ The word was first used by Dr. Nicolai V. Lazarev in the 1940s. Lazarev was a Soviet scientist, medical doctor, and pharmacologist, who studied the body’s resistance to stress. But thousands of years prior to Lazarev, the ancient Vedics recognized plants with properties that support the body’s response to physical, environmental, and emotional stress.

Centuries ago, Ayurvedic practitioners identified Tulsi (also called Holy Basil), Ashwagandha, and Turmeric as adaptogenic herbs that help the body, mind, and spirit adjust to challenges. These plants have been found to contain bioactive compounds that allow them to survive in inhospitable environments via adaptation — the Vedics concluded that those adaptation characteristics are passed to those who consume the plants, enabling users to become resilient to life’s challenges. Researchers now know that these plant phytochemicals support a healthy adrenal response, modulating stress hormones and protecting the body from adrenal fatigue and stress-induced inflammation.