2020 Is Proving Another Disastrous Year For Our Earth’s Climate

by Nina Golgowski: The year already has been marked by rising global temperatures, Arctic ice melts and intensifying wildfires and storms… 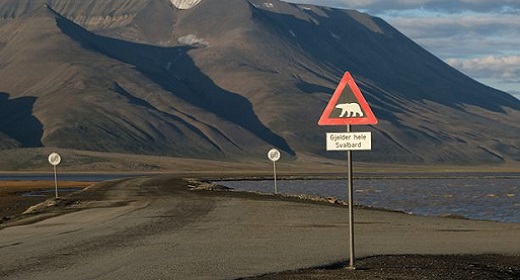 Record-breaking heat, melting ice caps, raging wildfires and a particularly grim hurricane forecast may have taken a backseat in news cycles dominated by politics and a health pandemic, but that doesn’t mean these climate phenomena have gone away.

The year still has more than four months to go, but 2020 already has proven itself to be another eventful one in terms of natural disasters, rising global temperatures and threatening environmental outlooks.

Here’s a look at just some of the anomalies we’ve faced so far in 2020.

The year is expected to rank among the five warmest on record for the planet, according to a July report by a National Oceanic Atmospheric Administration office, which said a 75% chance exists it ends up being the hottest or second hottest.

During the first seven months of the year, the Earth’s global land and ocean surface temperature set its second-highest heat record. The temperature of 58.79 degrees Fahrenheit (14.88 Celsius) was only .007 of a degree less than the record set in 2016.

“The six warmest Julys on record have occurred in the last six years, consistent with our warming climate,” NOAA reported.

Throughout the U.S., heat records have been smashed, including in Florida, California, parts of New England, West Virginia.

Temperatures in Death Valley, California, were recorded hitting 130 degrees Fahrenheit last Sunday. If verified, this would be the highest temperature recorded on Earth since at least 1913.

The ice loss was attributed to above-average air temperatures and extensive melt pond development, which reduces the ice surface’s ability to reflect light and consequently allows more of the sun’s energy to be absorbed, the NSIDC said.

Canada’s ice shelves were a sheet spanning approximately 3,475-square miles when discovered by polar explorer Robert Peary in 1902, according to NSIDC. By 2000, it had been reduced to just 405 square miles, the BBC reported.

“This drastic decline in ice shelves is clearly related to climate change,” University of Ottawa glaciology professor Luke Copland said in a statement. “This summer has been up to 5°C (41 degrees Fahrenheit) warmer than the average over the period from 1981 to 2010, and the region has been warming at two to three times the global rate. The Milne and other ice shelves in Canada are simply not viable any longer and will disappear in the coming decades.”

The St. Patrick Bay ice caps, also in Nunavut, completely vanished last month. The caps were reduced to only five percent of their former area between 1959-2015 and then rapidly deteriorated after an especially warm summer in 2015, according to NSIDC and NASA imagery.

“We’ve long known that as climate change takes hold, the effects would be especially pronounced in the Arctic,” said NSIDC Director Mark Serreze, who conducted research on the St. Patrick Bay ice caps as a graduate student in 1982. “But the death of those two little caps that I once knew so well has made climate change very personal. All that’s left are some photographs and a lot of memories.”

Amid heat waves and dry lightning strikes, California is again dealing with a massive wildfire crisis that state officials say has consumed more than 422,000 acres of land, destroyed nearly 300 structures and forced the evacuation of tens of thousands of people.

As of this past week, the state’s largest fire ― designated as the SCU Lightning Complex ― had torched nearly 140,000 acres as it burned east of San Jose. That’s nearly double the size of last year’s largest blaze, the Kincade fire, which burned more than 77,700 acres across Sonoma County.

The state’s fire season has lengthened by about 75 days and has seen an increase in larger fires in recent years, according to state officials, who blame warmer spring and summer temperatures, earlier spring snowmelt and more intense dry seasons for the vegetation’s increased fire susceptibility.

“The fire season in California and across the West is starting earlier and ending later each year,” California’s Department of Forestry & Fire Protection reported last year. “Climate change is considered a key driver of this trend.”

“This is not the last, quote end quote, ‘record-breaking’ historic heat dome and experience that we will have in the state, or in this region or in our nation or in our hemisphere in our lifetime,” Gov. Gavin Newsom (D) said at a press conference Tuesday. “This is exactly what so many scientists have predicted for decades.”

One 2015 study found that fire seasons, globally, have lengthened as well.

Forecasters have predicted an above-average season for hurricanes this year, possibly one of the busiest on record.

In just the first two months of the hurricane season ― which runs from June 1-Nov. 30 ― a record-setting nine named storms occurred. That’s seven more than the average number through early August, according to NOAA.

The agency never before has forecast up to 25 named storms.

NOAA’s predicted Accumulated Cyclone Energy (ACE) index, which measures the combined intensity and duration of all named storms during the season, also “extends well above NOAA’s threshold for an extremely active season,” he said.

Reasons for the extreme activity include above-average sea surface temperatures in the Atlantic Ocean and the Caribbean, as well as an enhanced West African monsoon, NOAA said.

Tropical storm Isaias, the ninth named storm of this season, initially made landfall in North Carolina on Aug. 3 as a Category 1 storm before traveling up the Atlantic coast, weakening along the way.

The storm brought flash flooding and tornadoes, and it downed trees and powerlines. At least nine people were killed and millions were left without power. New York City utility company Con Ed reported more outages from Isaias than any other storm except 2012′s Superstorm Sandy. Connecticut Gov. Ned Lamont governor declared a state of emergency after more than 700,000 of the state’s residents were left without electricity for several days.

Earlier this month, a rare storm known as a derecho tore across the Midwest, with hurricane-force winds topping 100 mph. The storm killed at least three people in Iowa, destroyed or extensively damaged about 8,200 homes, and destroyed a third of the state’s cropland, Gov. Kim Reynolds said.

Ten days after the storm hit, nearly 19,000 people in Iowa remained without power.

The storm was the result of unstable, extremely moist air that had lingered over the northern plains for days before forming into the powerful weather formation.

Though April is typically not one of the worst months for tornadoes, this year proved an exception.

More than 350 tornadoes were reported in the U.S. during the month, the second-highest number of twisters ever for an April, according to preliminary numbers by the National Weather Service, whose records date back to 1970. These storms killed 40 people, making April the deadliest tornado month since 41 people died in May 2013.

Weather systems over the Southeast in May and June were blamed for preventing moisture, necessary for storm development, from traveling to the Great Plains region that is known as Tornado Alley.

“It was one unfavorable pattern after another,” Jeff Frame, a teaching associate professor of Atmospheric Sciences at the University of Illinois, told CNN. “It’s rare to see something like this.”