After A Splendid Flight Test, NASA Now Has A New Ride To Space

by Eric Berger: They made it… 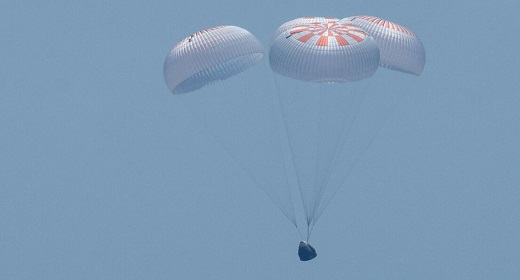 On Sunday afternoon a slightly charred spacecraft dropped out of the blue sky and splashed down into a placid Gulf of Mexico. The safe return of NASA astronauts Doug Hurley and Bob Behnken from orbit capped a nearly 64-day mission that proved the viability of a new spacecraft built by SpaceX, Crew Dragon. It was a complete success.

“This was an extraordinary day,” said Gwynne Shotwell, president and chief operating officer of SpaceX, during a post-flight news conference. “It was an enormous relief after months of anxiety.” 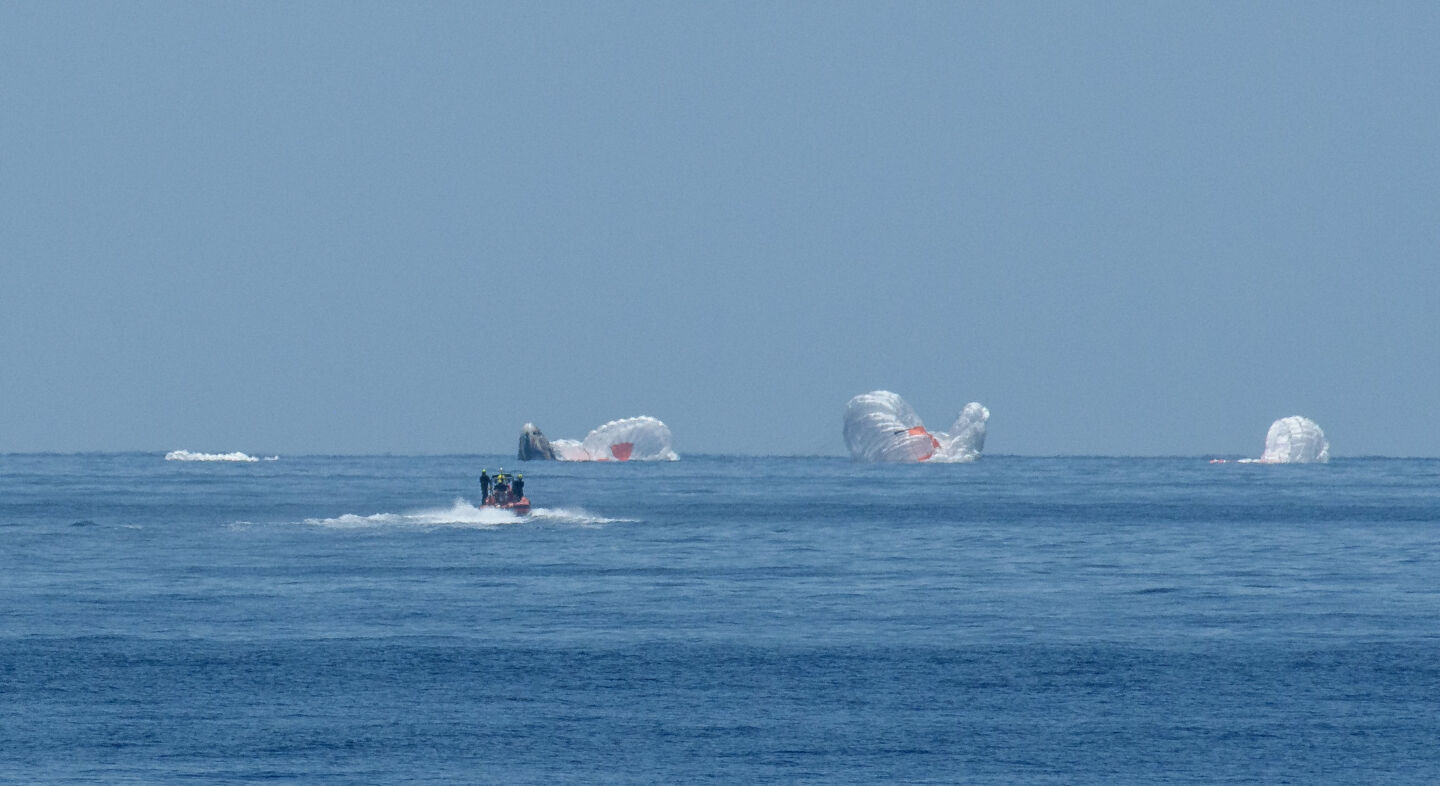 NASA and SpaceX will now closely study data collected during this test flight, and based upon this analysis the Crew Dragon vehicle will likely be certified for operational missions to the International Space Station. The first of those missions may come as soon as late September, when three NASA astronauts and one Japanese astronaut are due to begin a six-month stint in orbit.

This summer’s test flight of Dragon brings to a close a nine-year gap in human spaceflight capability at NASA. Since July 2011, the space agency has relied on Russian Soyuz spacecraft to get its astronauts to the space station. Now, NASA has its own transportation. Within the next year a second US vehicle, Boeing’s Starliner, should also make its first test flight with three astronauts. Hopefully, there will never be such a gap again.

“We are entering a new era of spaceflight,” said NASA Administrator Jim Bridenstine, who has supported public-private partnerships to leverage NASA know-how and the drive of private industry to push spaceflight forward. “The Commercial Crew Program has really just proven the business model for how we go forward, and how we do more than we’ve ever been able to do before.” 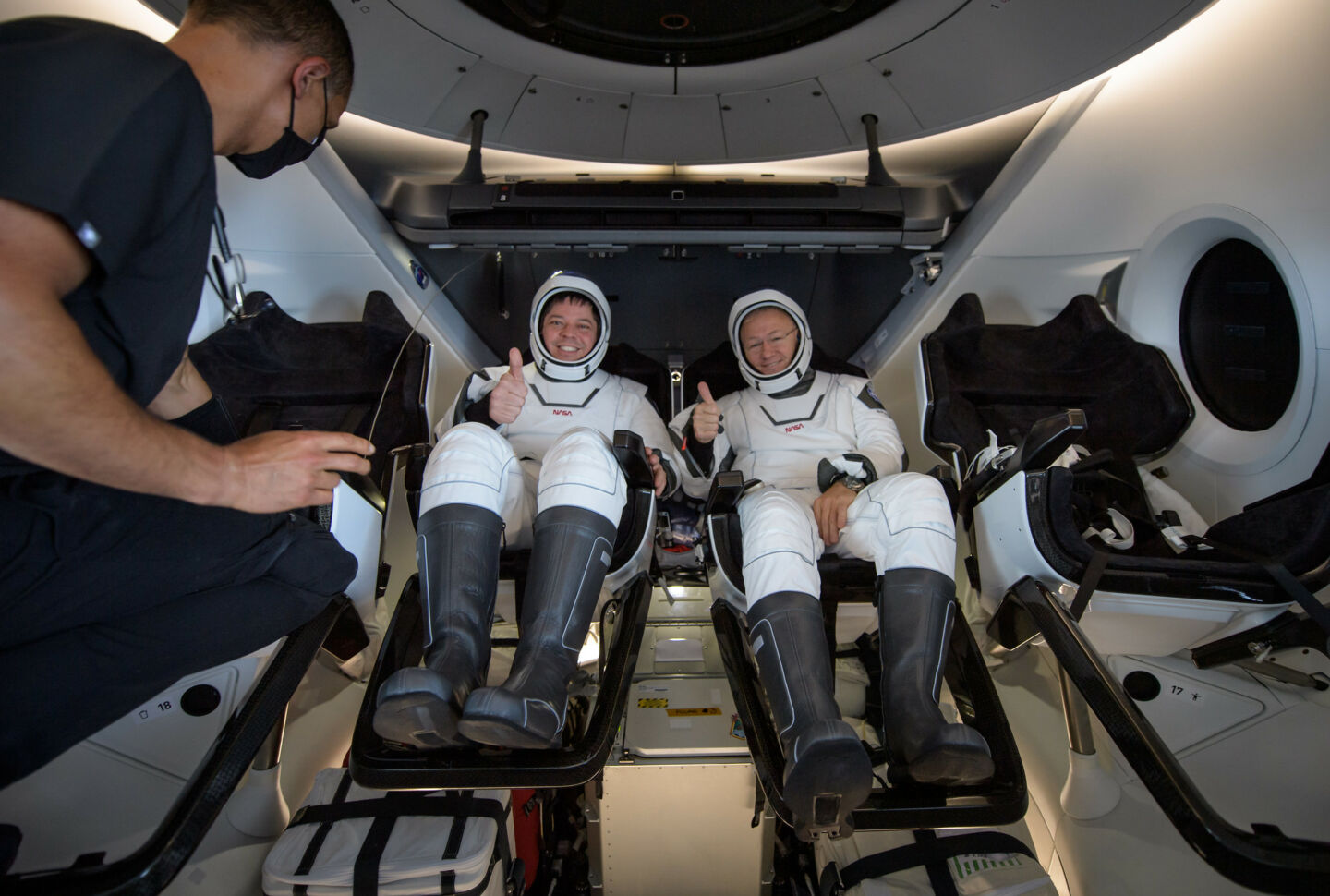 Dragon undocked from the space station on Saturday night and then spent about 19 hours performing a series a phasing burns to line up for a reentry to land in the Gulf of Mexico. NASA and SpaceX had the choice of seven locations around the state of Florida and chose the Gulf side due to the track of Tropical Storm Isaias along the Atlantic side of the state.

The weather in the Gulf could not have been more sedate, with nearly stationary winds and calm seas. The Crew Dragon spacecraft, named Endeavour by Hurley and Behnken, carried on through the very high temperatures of atmospheric return, during which plasma prevented communication for about six minutes. But after this blackout the spacecraft emerged into the lower atmosphere unscathed, popped its drogue parachutes, followed by its mains, and then a smooth splashdown.

“Welcome back to planet Earth and thanks for flying SpaceX,” quipped Mike Heiman, crew operations responsible engineer, over the radio to the crew. 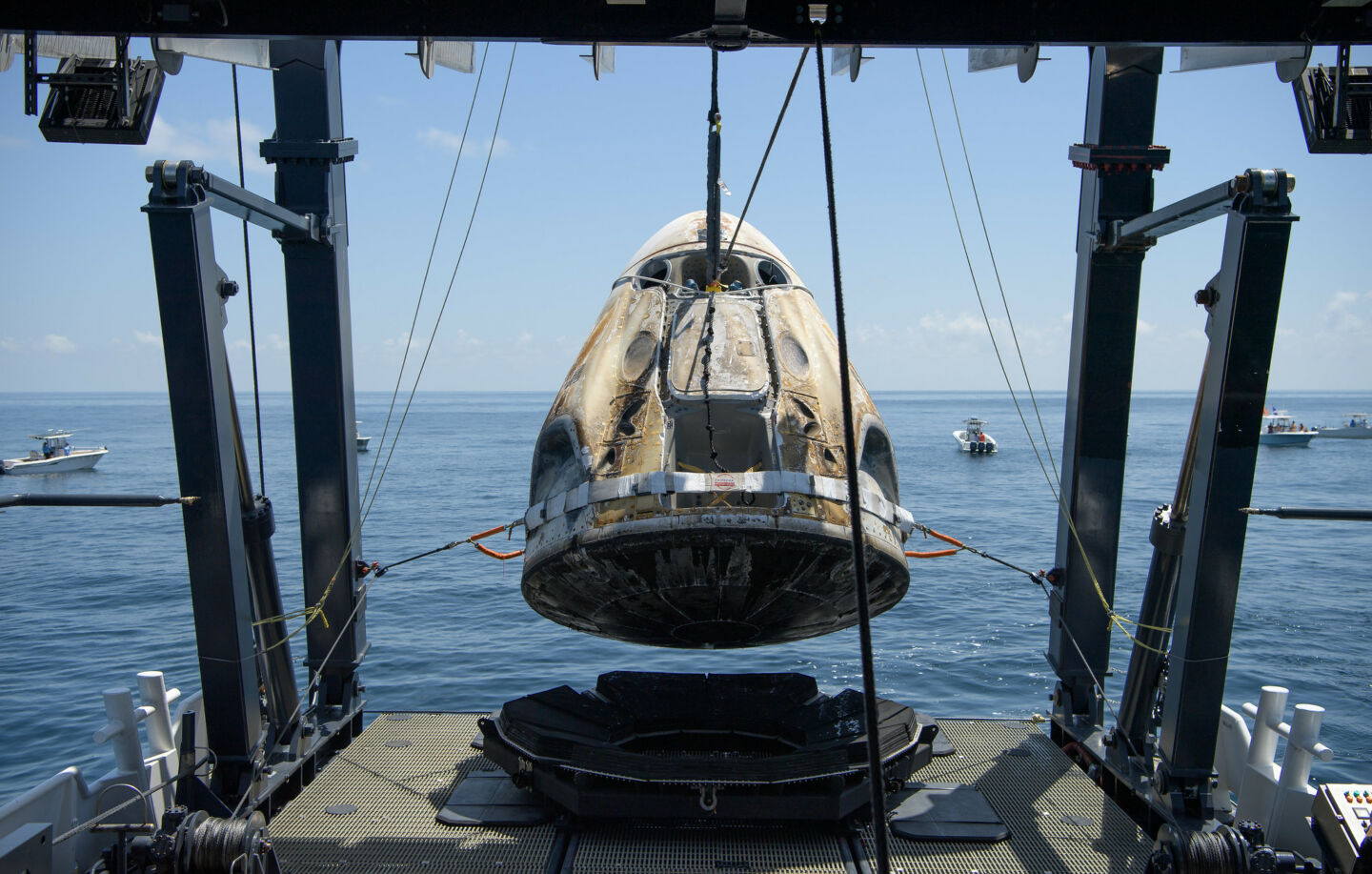 SpaceX and NASA were ahead of their timeline after moving the spacecraft onto the GO Navigator recovery ship. However, just before hatch opening, technicians noted slightly above normal levels of dinitrogen tetroxide, an oxidizer that helps power thrusters in space. Although the crew could have egressed safely, the company and space agency took the time to purge the fumes.

And then, the astronauts were ready to breathe air on planet Earth after more than two months. Just before he departed the spacecraft, Hurley congratulated SpaceX on the mission and thanked them for their dedication. He said, “Anybody who has touched Endeavour should take a moment to cherish this day, especially given all of the things that have happened this year.”

Back at SpaceX headquarters, they were cherishing this day. Inside the mission control room in California, they popped champagne after the crew safely emerged from the spacecraft. “We should think about this as a springboard to doing even harder things, with the Artemis program, and then moving on to Mars,” Shotwell said.

There can be little doubt they, and NASA, will.