The coronavirus pandemic of COVID-19 is still making its presence felt in the Americas and many parts of Asia and Russia, among other regions… 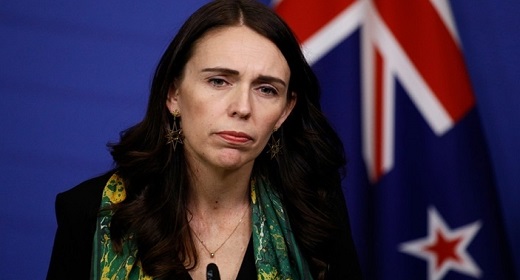 The impact the novel virus is having on daily life, community interactions, and economic activity is enormous. However, COVID-19 outcomes depend greatly on policy responses that determine whether prevention and control measures are successful in reducing the toll of the pandemic.

A thought-provoking new study published on the preprint server medRxiv* on Thursday suggests that countries headed by female leaders showed better outcomes over a variety of indicators. 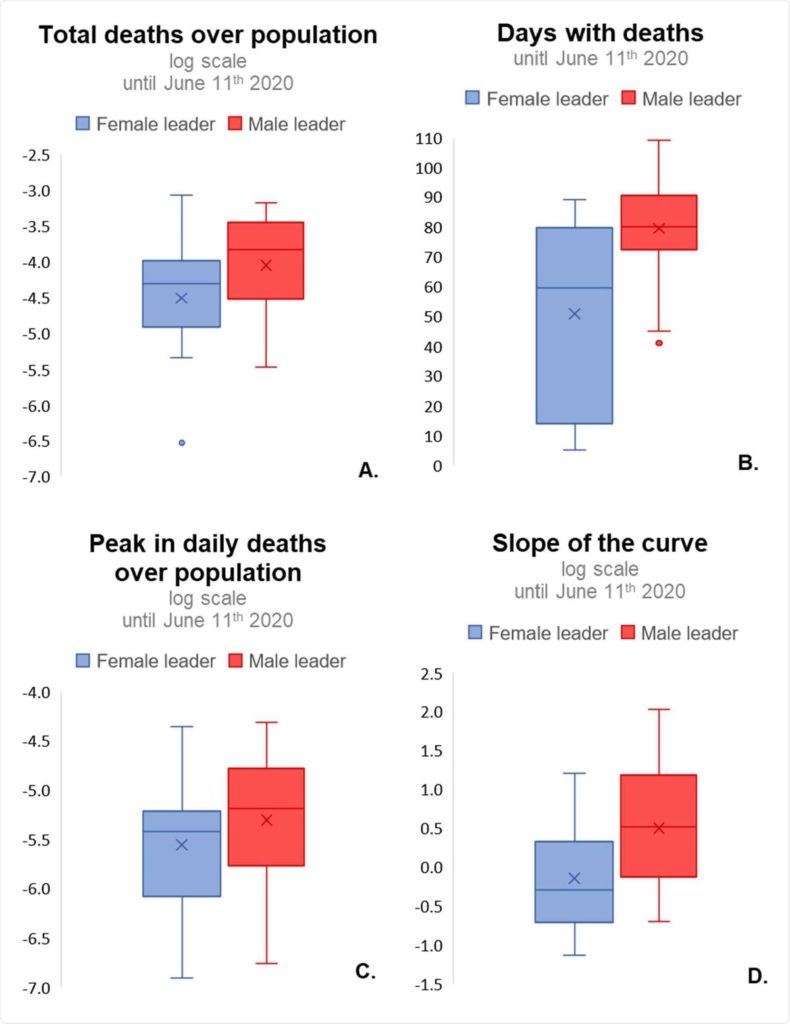 The Importance of Early Threat Recognition and Action

One of the biggest challenges that faced health authorities in the early phase of the pandemic was flattening the curve, which means slowing the increase in the number of cases in a given period. The logic was inescapable: the faster the number of cases shot up, the higher would be the peak, and the greater the risk of overloading the healthcare systems.

This, in turn, would mean denial of adequate treatment to many patients with COVID-19 as well as other conditions. The outcomes would include more deaths, more significant restrictions held over longer periods of time, and more significant economic losses, which in turn increase the health threats.

Most countries resorted to lockdowns in various degrees, at various times, and accompanied by various government interventions in terms of financial aid. The earlier the lockdown, in general, the more successful was the limitation of viral transmission.

However, the biggest debate in many countries was whether dealing with the pandemic should take precedence over preserving economic growth.

In this context, it has already been reported that women in leadership had less hesitation in saying “Yes” to this question compared to male leaders. 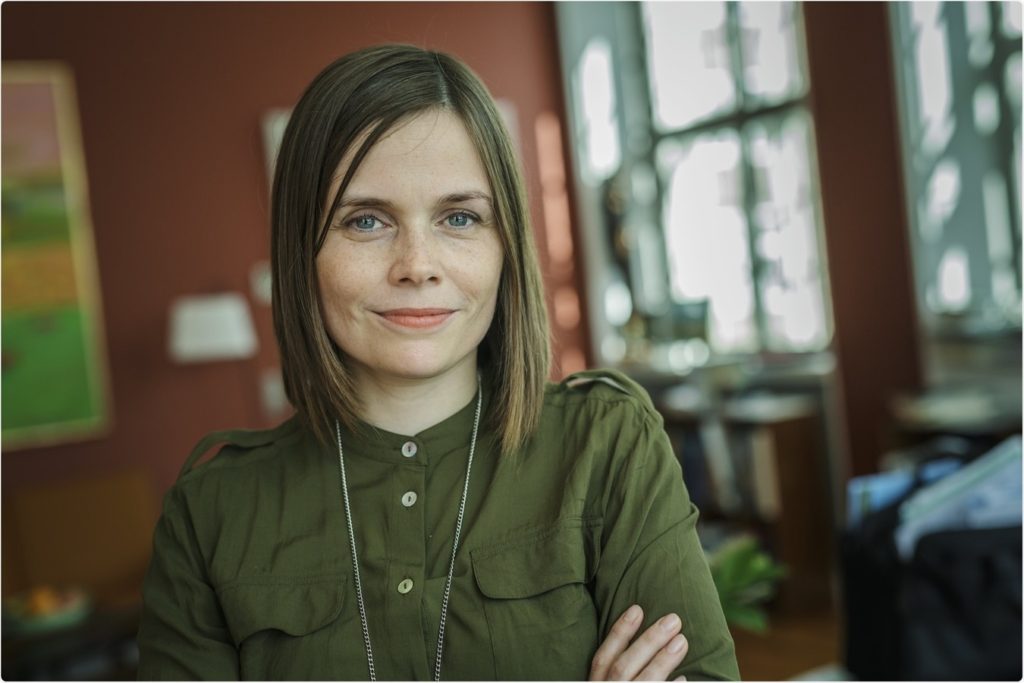 The international team of researchers took data on cases and deaths from the European Center for Disease Prevention and Control (ECDC), with respect to countries that supplied continuous data from December 31, 2020, to June 11, 2020. All included countries had high or upper-middle incomes, high human development index scores, and a democratic government.

These criteria ensure that the confounding effects of poverty, lack of democratic liberty, or lack of resources cannot be cited. Moreover, the democratic setup reduces the chances of a lack of transparency about data. However, China was included since it was the country where the outbreak first was reported.

The various indicators measured in the current study include the number of deaths, the number of days with reported deaths, the peak in daily deaths, deaths up to the first day of lockdown, and excess mortality in countries led by women as compared to men. The researchers also discuss some possible reasons for their findings.

Of the 35 countries, 10 were led by women either directly or indirectly appointed or elected. Some of the 10 were those with the most socially progressive standards as well. 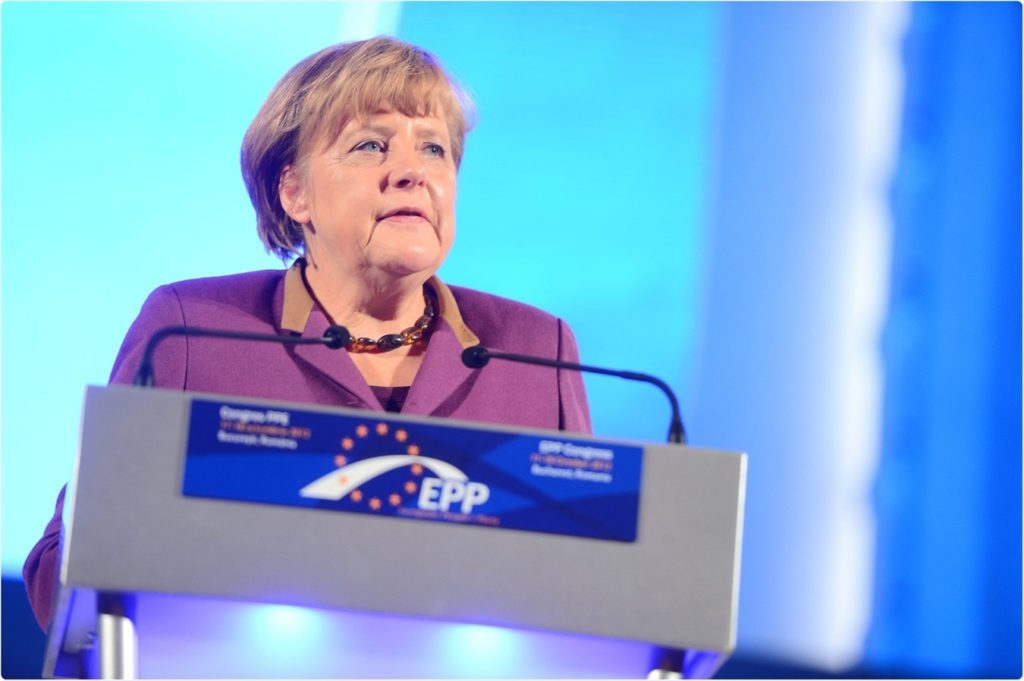 They found that countries headed by women leaders had six-fold fewer deaths from COVID-19 compared to those with male leadership. The average number of deaths was about 2,000 and 13,000, respectively. When normalized data is used, women-led countries had 1.6-times fewer deaths per capita than the others.

On average, there were 50 and 79 days with confirmed COVID-19 deaths in women and men-led countries. The flattening of the curve was more effective and rapid in the former than the latter, with a four-fold less steep slope.

More proof of the speed and effectiveness of government response to the pandemic came in the form of average deaths over population at first day of national lockdown, which was 1.6 times higher in male-led countries. The ortality rate in excess of expected per capita was 4.8 vs. 21 in female and male-led countries. It is universally recognized that excess mortality is the least biased method of comparing COVID-19 deaths across countries. Moreover, all these parameters are interlinked.

As might have been expected, economic backwardness was correlated with COVID-19 deaths. All social measures were higher in female-led countries, including the Social Progress Index (SPI) of 88 vs. 82 in female vs. male-led countries. Among the three components, namely, Basic Human Needs, Foundations of Wellbeing, and Opportunity, the first was 95 vs. 91, 88 vs. 83 and 80 vs. 71 in countries headed by women vs. men, respectively.

The Gini coefficient was also used to evaluate the relationship between female leadership, the economic backwardness, and how COVID-19 affected these factors. A higher Gini Index indicates greater inequality in income distribution. The researchers found that the Gini coefficient was 29 and 36 in female- and male-led countries, respectively.

The Gender Inequality Index (GII) deals with gender inequalities in reproductive health, empowerment, and economic status, measured by indicators like maternal mortality ratio and adolescent birth, adult educational status, and employment of adults. Higher values of the GII reflect higher gender disparities. The GII varied from 0.07 to 0.15 in countries headed by women and men, respectively.

The researchers next examined 25 countries with more economic equality, outside the sample, as a control, that is, with a lower-than-average Gini coefficient and GII. Here too, they found that countries led by women had a better profile, with fewer death-days, fewer deaths per population, and lower excess mortality per capita in female-led countries.

Comparing different policymaking approaches with the attitude of a strict parent and a nurturing one, the scientists feel that both of these attitudes are present and necessary in every modern society. However, in the current situation, the second might have been more successful.

The researchers discuss the hesitancy on the part of the US, UK, Brazilian, and Singaporean male leaders, by way of illustration, to first admit the presence of the crisis, and to take timely and appropriate decisions. This led to unnecessary sickness and deaths.

In contrast, they show how female leaders in Taiwan, Iceland, and New Zealand recognized the implications of the outbreak, listened to the experts, took quick and effective decisions, and therefore were able to relax the restrictions sooner or avoid lockdown altogether.

The important take-away from this paper emphasizes two points. One, when women emerge into political leadership, the environment is likely to be more caring, egalitarian, less competitive and power-obsessed, and more progressive societies.

Thus, unequal and hierarchical societies ignored human wellbeing in favor of economic growth, ending up with higher costs in all areas. On the other hand, even among more equal societies, countries led by women succeeded in dealing with the pandemic, as they have already achieved happier, more progressive, and greener societies.

This is important as the world is likely to face more pandemics, as pathogens adapt and spread over more extensive habitats as a result of climate change and ecological destruction.

Overall, the researchers comment, “These results point to female leadership as a marker for healthier and more equal societies, where policymaking prioritizes long-term social wellbeing over short-term economic considerations.”