Energy Storage Systems Market To Expand By Over 6% Per Annum

by (Smart Energy): The global energy storage systems market size surpassed $340 billion in 2018 and is set to achieve over 6% CAGR up to 2025, according to a report released by Global Market Insights… 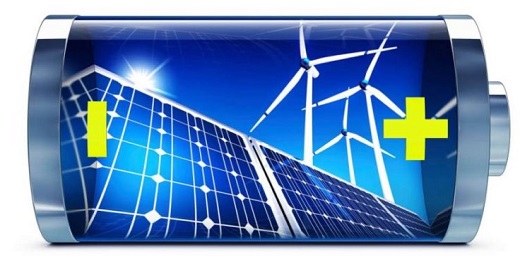 The rapid growth pace of energy storage systems market is rather evident from recent agreement between Taiwan Power Company and Delta Electronics.

This pact entails the development of the former’s largest energy storage system which would act as a part of a smart grid project on Kinmen Island.

Apparently, the solution would support Taiwan Power Company to stabilise the grid by supplying backup power within a radius of 200 ms in no time post an unplanned generator outage takes place. This move, indeed, is indicative of the fact that the demand for energy storage systems is gradually soaring over time.

Robust properties like high reliability and boosting system resilience at every level has enabled the energy storage systems to erase minor instabilities in the energy output for small as well as large electricity sources.

Energy storage systems serve as a vital cog in the operation of power systems while ensuring the continuity of the energy supply and improving the reliability of the system. On these grounds, the energy storage finds high-end applications across myriad segments spanning transport, manufacturing, and other industrial sectors.

Lately, energy storage has been gaining widespread acclamation worldwide due to its importance in integration and development of umpteen renewable energy technologies. Mentioned are the distinguished energy storage systems that have potentially proved their significance in global energy space ever since their inception.

Solar energy demand today is unravelling new heights across the globe owing to the fact that it is pollution-free and helps minimise toxic emissions. And, in this regard, it is important to mention that these parameters are poised to bolster the demand for solar energy storage systems in the upcoming years. That apart, the deployment of these systems could also reduce the peak demand, accentuate everyday reliability, minimize consumer costs, and offer emergency power, all together.

The solar energy storage space is extensively comprehensive and is currently defined by extensive research studies and prominent initiatives by various conglomerates. Solar energy storage system manufacturers have been relentlessly looking for opportunities for developing novel products while eyeing potential acquisitions, partnerships, and collaborations in multiple projects that would allow them to gain a competitive edge over other rivals in the market.

For instance, NV Energy, a public utility company in Nevada, announced in mid-2019, that it had procured three new projects for solar plus storage, one of which was claimed to be development of the largest solar plant in United States. The projects are currently being developed by EDF Renewables and Quinbrook Infrastructure Partners, 8minute Solar Energy, and Arevia Power, and are expected to be completed by 2023, which at this point of time seems to be questionable due to the ongoing COVID-19 pandemic spread and enforcement of lockdown in various regions worldwide.

This energy storage system perfectly balances the demand for intermittent renewable power and requirement for all-time reliable and clean energy supply. The utilities across the world look forward to adopting these storage systems to meet the unmet needs in the renewable energy generation.

A fundamental factor that drives the product demand is unprecedented demand for electricity globally. Also, the demand for energy storage is highly governed by the burgeoning global initiatives towards the GHG emission abatement.

Various countries, states, and companies operating in this terrain are taking up umpteen measures to bolster the demand for these energy storage devices. Speaking of which, Tesla’s Hornsdale Power Reserve is likely to foresee a drastic expansion of $71 million on the grounds of boosting the reserve’s capacity to 150MW. This expansion would augment the stability of the South Australian power station.

With energy being one of the basic requirements for numerous operations worldwide, various energy storage systems are likely to gain massive traction worldwide in the years ahead.