Forgive Yourself: The Path To Healing Your Heart

by (Purpose Fairy): Healing of any kind begins with an act of forgiveness. When we forgive ourselves, we heal any imbalances present within our bodies… 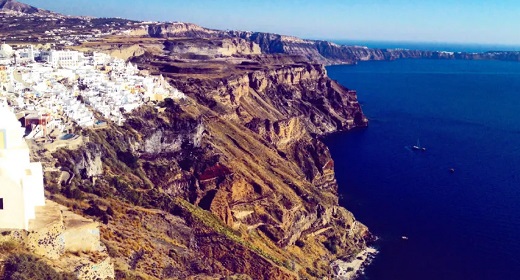 And when our bodies are healed, our lives begin to heal as well. ~ Luminita D. Saviuc

For me, the past years have been somewhat filled with almost everything. From heartbreak, building myself back up, to getting to trust life and people again. From moving to another country, starting fresh, to meeting new people and making new friends. From trying to be in a relationship, making the wrong decisions, quitting my fulltime job, and taking a break from everything.

I used to think that if someone stopped loving me, it was my fault because I wasn’t worthy of love. And because I was someone who always believed that love comes from outside of myself, I was really devastated when I had to end my longest relationship. No details needed.

After that happened I decided to move to another country by myself and even though it wasn’t easy in the beginning, I found this to be one of the best things I could have done for myself at that point.

I was on my own for the first time ever, away from my friends from home, away from my family. Nobody said it was easy but it was an experience that changed me.. I was away from the familiar places, from everything that would bring back memories of a past that I didn’t feel like it was mine anymore.

Being in a different environment made a big difference for me. I got to spend more time with myself, I rediscovered myself and gained a confidence that I never thought I had. I got to meet new and exciting people, and make new friends. I loved it!

Later on, I tried being in a relationship. Try being the right and wrong term at the same time, in this given situation As much as I tried, and as many tries, as I gave it, it just wasn’t IT. I guess a part of me wanted to give love to someone, wanted to be cared for and to take care of someone, but failing pretty miserably.

After so much trying I believe I even lost myself, my principles, the things I stood for, just because I wanted to love and be loved, the way I thought it should be. But in the process, I was overlooking the many warning signs to get out ASAP. I tried until I just couldn’t take it anymore and stopped it all. It was impossible to take that much pain, stress, for just a few moments of so-called happiness.

You see, when you have to “try” to do something, make something happen, it just gets harder and harder to get to where you want to, and believe it or not, IT”S NOT WORTH IT. It never is.

Forgive Yourself: The Path to Healing Your Heart

I quit my job, left that country, and decided to take a break from it all.

What I needed was to understand, who I wanted to be, and take a good look at my actions and the repercussions my actions had on my life, and other people’s lives. DONE!

First of all, I found the strength and courage to ask for forgiveness from the ones I had hurt in the process of me getting what I wanted. It was brutal! It involved me being vulnerable, opened, and honest and it wasn’t all that easy but I made it. I felt lighter, but something still felt off. I had panic attacks, I would cry for no apparent reason, feel sad and alone, lost and confused.

I ignored these feelings most of the times but it just kept getting heavier and heavier on my heart, so heavy that before the holidays I had this really bad pain in my heart area. Like someone had left a 20-pound dumbbell on my heart and started pushing down on it more and more.

Even though I kept telling myself that I was OKAY, my body was telling me otherwise, and I remember trying to talk about it with a friend, I realized it was useless.

The struggles that went on within were mine, and as long as I didn’t take a better look within myself, this pain would get heavier and heavier. I understood that I had asked for forgiveness of the people I had hurt, but I hadn’t forgiven the most important person I had wronged: MYSELF.

Maybe it sounds strange, or selfish, but forgiving others is one thing, being forgiven is another, and to forgive YOURSELF, that’s a whole different story.

I had an aha moment when I understood that I was holding on to so much pain, resentment, and loathing towards myself because of my mistakes, the wrong decisions that I had made, the many beautiful moments I had ruined because of me being so rough on myself. I needed to FORGIVE MYSELF in order to be able to feel lighter, better, at peace. These were the things that were missing from my life at that point.

How can you forgive yourself when that would mean you had to love yourself?

How could you love yourself when all of your life you thought you’re not worthy of it?

There comes a point in your life when you have to say ENOUGH. And you say it to yourself because you’re tired of making the same moves, having the same outcome, and feeling more lost than at peace with yourself and the world around you.

That was my moment. I admitted to myself the many mistakes I had made, and that was the first step. I had to understand that beating myself up over and over again for what had happened would never change the past, but would only hurt me more. So I decided it was time to forgive myself for everything, for all the craziness, and start loving myself like I hadn’t done before, EVER.

This is coming from someone who’s in her 30’s, and in the process of figuring things out but if there’s one thing you should take from my story is this: If you know who you are deep down inside, nothing and nobody can take that away from you. We came here out of LOVE, we are made to be LOVE and spread LOVE. Don’t let anything or anyone tell you otherwise. Not even that annoying voice inside your head!