How Corporate America Is Becoming A Powerful Ally For Clean Energy

by Amanda Schupak: Why companies are fighting for stricter energy laws… 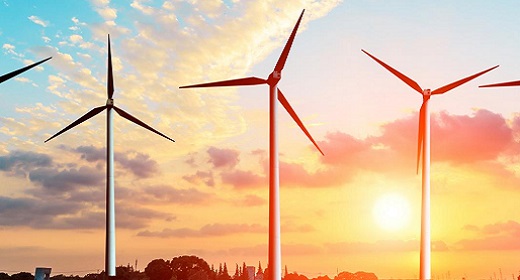 The fossil fuel industry has historically steered American energy and environmental policy. Now, retail and technology companies are grabbing at the wheel.

Corporations are making big pledges to cut emissions or go carbon free, in part by powering their operations with electricity generated from renewable sources like wind and solar. Hundreds of companies, including Apple, Ikea, Facebook, Google and Danone have committed to going 100% renewable.

“There is real corporate interest in getting renewables, not just for PR purposes and reputational enhancement, but also based on economics and eco-efficiency,” said Zdravka Tzankova, an associate professor at Vanderbilt University who studies environmental policy.

Renewable energy is increasingly attractive to companies; the costs for large-scale wind and solar technologies are comparable with those of traditional energy generation technologies and continue to fall. Yet little progress has been made toward decarbonizing the U.S. energy system.

Companies often find themselves butting up against a complex and antiquated electricity market that is beholden to the fossil fuel lobby and won’t adapt fast enough for their needs. While there is still plenty of on-the-ground work that must be done to expand the delivery of clean energy across the country, that’s not really the problem, says Tzankova.

“At the current moment, what is really blocking renewable transitions in the U.S. is not technology,” she said. “It really is politics.”

That’s not to say that every company making bold climate promises will follow through, or that pushing pro-environmental laws precludes supporting anti-climate agendas that benefit corporate interests.

Visa, for example, was one of more than 300 companies organized by the sustainability nonprofit Ceres calling on Congress to adopt green recovery plans after the coronavirus pandemic. But the company also recently donated more than $150,000 to politicians who routinely oppose climate policy, according to an analysis by New School professor of business sustainability Raz Godelnik that was published by Heated.

It’s also problematic, Tzankova said, when companies show public support for enviromental policies while also being dues-paying members of powerful industry groups, such as the U.S. Chamber of Commerce, that lobby strongly against such policies.

While she worries about the prevalence of corporate hypocrisy, a problem not likely to be solved anytime soon, Tzankova is hopeful about the trends she’s seeing. “The reason why I was so excited about my findings is because it spells a potential to help finally tip the political scale in favor of U.S. renewable transition,” she said.

Tzankova spoke to HuffPost about the forces companies are fighting to achieve their clean energy aspirations, and how their muscle can help green America’s grid.

Why are companies pushing for political change, rather than simply buying energy from cleaner sources?

Some of these companies, because of the mess of electricity regulation, are actually having a hard time getting the type of electricity and the competitive prices that they’re looking for. There is this phenomenon of companies who look to fix their renewable energy needs and they’re unable to get what they need by working through the market alone. And that’s when they start getting engaged in advocating for public policy and regulation that helps them meet their own renewable energy goals, by making the public policy and regulation more renewables-friendly.

If environmental groups manage to mobilize the political power and policy influence of corporate renewable buyers, I think it could be a game-changer. These are very powerful companies … and they have a lot of power over state legislators.Zdravka Tzankova

To me, that was the big “aha” moment: You have corporate energy users that haven’t been previously involved in the politics of energy and electricity and renewable transitions, and now they’re starting to add their voice to an existing coalition of environmental groups, and wind and solar industry companies. There is a powerful, potentially very influential political partner joining the pro-renewables coalition.

What’s preventing companies from getting the clean energy they need to meet their environmental goals?

An important variable stymieing corporate renewable procurement is the regulation of electricity markets. Because it’s not a free market. In a lot of the states, you have monopoly utilities regulated by state energy and utility commissions, so renewable electricity buyers don’t have as much leverage because they have an incumbent power company that they’re dependent on. It’s not easy to opt out of the grid if the grid is not green.

So some of the advocacy that companies are doing is asking state regulators to push utilities to give electricity buyers better options — basically saying, “If my current utility doesn’t provide me with the competitively priced green power that is now widely available, then I should have the option to opt out of my utility,” which is not trivial.

The advocacy happens on different levels. Some of it is just for better, stronger renewable portfolio standards — state laws that say a certain percentage of the electric power sold in our state has to be renewably generated.

It’s hard not to be skeptical when you see companies making bold proclamations about their commitment to climate solutions. Have you identified particular companies that stand out to you for genuine and concerted efforts pushing for pro-climate laws?

I wouldn’t say any companies stand out. The big heroes in this new trend of bringing big corporate energy users to advocate in favor of renewables are groups like Ceres, Advanced Energy Economy, World Resources Institute — these nonprofits that are trying to mobilize the corporate political influence and power behind the pro-renewables policy agenda.

Ceres is keenly aware of the problem of inconsistencies in corporate political engagement on renewables, and urging the companies they work with (companies that have an economic interest in sourcing renewable-generated electricity for their facilities) to inventory their direct and indirect lobbying and align all their lobbying activities with their climate and renewables pledges and actions.

Do you think political action from companies is going to be crucial in truly advancing renewable energy in the U.S.?

If Ceres and AEE and other environmental groups manage to mobilize the political power and policy influence of corporate renewable buyers, I think it could be a game-changer. These are very powerful companies — we’re talking about tech companies like Google, Apple, Salesforce, Facebook, and some large retailers, Walmart, IKEA — and they have a lot of power over state legislators.

Because I’m seeing some of these companies really use their weight as employers and tax-revenue-generators to demand renewables from state governments, I’m really hopeful.

This alone is not going to solve the problem — greening the grid is partly about building more renewable capacity and interconnecting that capacity — but I’m really hopeful that if this political influence of these big corporate renewable buyers really gets thrown behind policy advocacy in favor of grid greening, we’re going to really move the needle.