The Mammoth Magnets That Could Help Make Nuclear Fusion A Reality

by Masahiko Inoue: Tokamak. It sounds – and looks – like something from a science fiction movie… 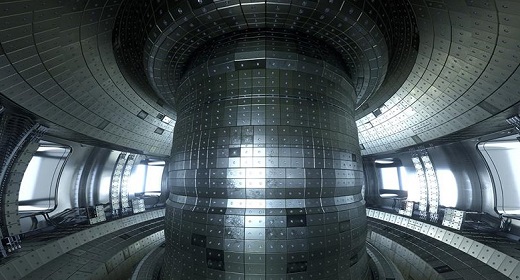 Think Back to the Future, The Dark Knight Rises and Interstellar – all of which have featured nuclear fusion technology.

A tokamak, however, is the real deal – a scientific device that produces energy from fusion. And a large-scale version is currently being built in southern France as part of the ITER initiative. A project 35 years in the making, with 35 participating nations, ITER is a nuclear power plant designed to explore using fusion as an industrial-scale source of carbon-free energy.

When ITER goes online in late 2025, it will feature the world’s largest tokamak. The technology is based on the use of toroidal (doughnut-shaped) magnetic field coils and was originally developed in the Soviet Union in the 1960s (‘tokamak’ is a Russian acronym for the technology).

One big advantage of fusion is that it doesn’t bear the inherent risks associated with fission, the traditional form of nuclear power generation. 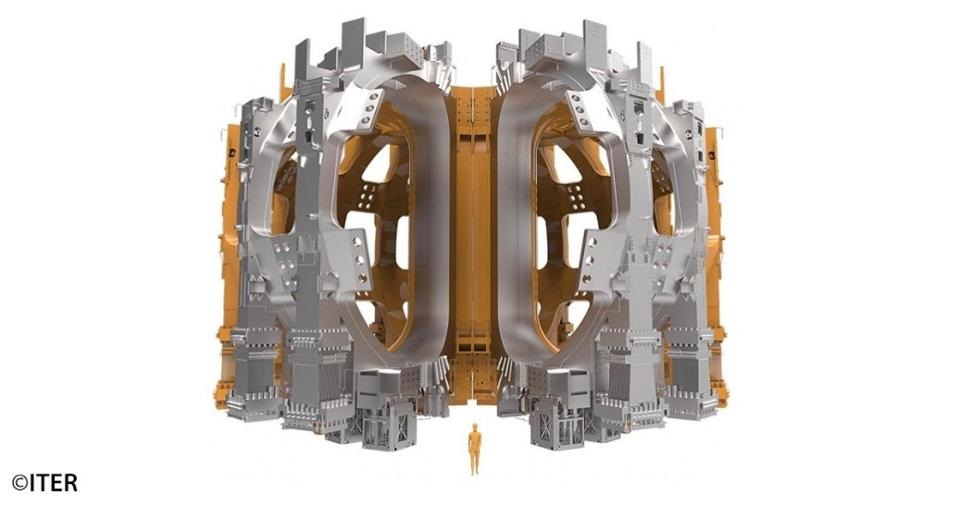 ITER’s field coils are the most powerful superconductive magnets ever designed. The power plant will use 18 of these, weighing 6,000 metric tons. It needs these to contain the plasma created by the fusion process.

Fusion is akin to bringing the energy of the Sun to Earth. A fusion reactor engineers the collision of hydrogen atoms that, as in the core of the Sun, merge to form larger helium atoms.

The fusion process releases great amounts of energy. The walls of the tokamak capture this energy as heat, which is then used to produce steam to drive a turbine that converts it into electricity.

One big advantage of fusion is that it doesn’t bear the inherent risks associated with fission, the traditional form of nuclear power generation. In fission, a series of chain reactions leads heavy atoms to be split into ever-smaller parts. Fusion, instead, merges very light atoms, like hydrogen, to form heavier elements, with no chain reactions involved. Demonstrating this on a large scale is part of ITER’s scientific brief.

In laboratory conditions, two hydrogen isotopes (variations), deuterium and tritium, have been found to offer the most efficient fusion. In the tokamak, their electrons and nuclei are separated at temperatures of over 130,000° Celsius (234,000 degrees Fahrenheit), creating a plasma that could be described as a super-heated gas a hundred thousand times less dense than air.

When it goes online five years from now, ITER will be the first fusion reactor to produce net energy.

The plasma volume inside the tokamak at ITER will be several times larger than that generated by any previous fusion reactors. Because of the high temperatures, metal cannot be used to confine the highly unstable plasma. Therefore, an enormous magnetic field is used to contain the plasma and ensure the fusion reactions can happen. This is achieved by a series of toroidal superconducting magnets, or field coils. 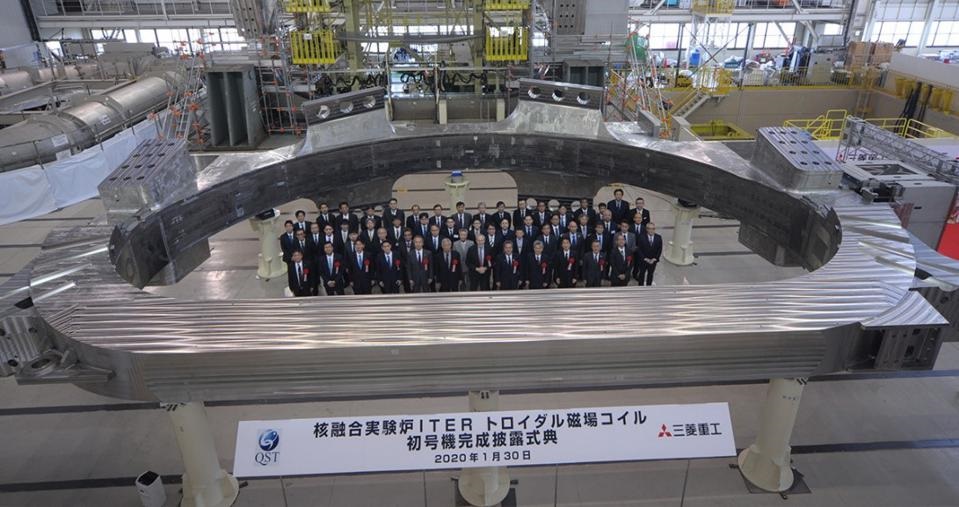 Magnets the size of buildings

Japan’s National Institutes of Quantum and Radiological Science and Technology (QST) leads the development and construction of the toroidal field coils to contain ITER’s plasma, with Mitsubishi Heavy Industries (MHI) Group delivering five of them.

Each field magnet weighs 310 metric tons, measures nine meters (29 feet) in width and 16.5 meters (54 feet) in height. This is the equivalent of a five- or six-story building.

MHI delivered the first of ITER’s 18 magnets in January 2020 – seven and a half years after they were commissioned. Transportation from Japan to France took two months; MHI then executed a high-precision, laser-guided insertion of the field coils, meeting tolerances of +/- 5 mm (.2 inches).

Another three magnets will make their way to ITER by 2021, and the remainder in 2022.Then there will be a wait of three years to ‘First Plasma’ – the grand launch of ITER.

When it goes online five years from now, ITER will be the first fusion reactor to produce net energy. This means that, unlike previous reactors, the total power it produces will exceed the activation energy needed to start the fusion reaction. It is expected to produce 500 MW – the equivalent of a small fission plant – from only 50 MW input power. This represents a ten-fold energy return on investment, and the point at which the “science fiction” of fusion becomes a reality.