The Time For Electric Trucks And Buses Is Now

by Katie Fehrenbacher: Despite the pandemic, sales of electric trucks and buses are expected to surge in the United States and Canada over the next couple of years… 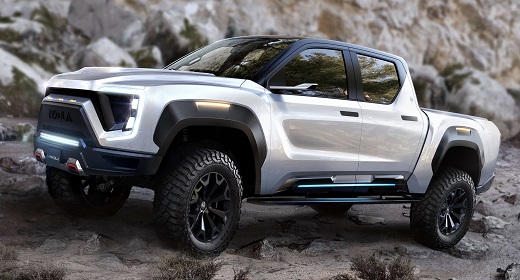 And perhaps, surprising to many, they’ll soar even within this year (the year that can best be described as WTF).

What’s more, between 2019 and 2023, the amount of zero-emission commercial vehicle models is expected to double, to 195.

Why does this matter? Because diesel-powered trucks and buses are responsible for a disproportionate amount of transportation-related carbon emissions and are also a source of air pollution, much of it in disadvantaged communities, who live closer to industrial areas or freeways. In addition, commercial vehicles are offering a bright spot for automakers that are seeing slumping sales of passenger vehicles in the wake of COVID-19.

If data and analyst predictions make your eyes glaze over, you can look at the trend another way. Companies are increasingly making zero-emission truck and bus announcements. Every day when I skim Twitter or my inbox, I see more. Here are just a few from the past couple of weeks:

CALSTART says that the surge is coming from a combination of market demand, policies and economics as EV battery costs continue to drop. Big companies such as Amazon, IKEA, UPS and FedEx are making big purchases (or working with partners to make purchases). But cities across the United States are also buying EVs, including electric transit buses, garbage trucks and pickup trucks.

Substantial growth in the number of commercial EV models available is particularly important for the market because model availability has long been a major hurdle. The large automakers have been pretty slow to offer a variety of models, citing a lack of demand from customers.

It’s a pretty standard chicken-and-egg scenario that happens in a nascent market. But as a result, much of the early commercial EV models on the market have come from startups such as Rivian, Nikola, Chanje and Arrival. The bigger automakers are entering the market and playing catch-up.

COVID-19 also has shone a spotlight on the need for a resilient and dynamic transportation supply chain, as shippers across the country have relied heavily on trucks and truck drivers to meet unusual spikes and valleys in demand. The trucking industry, like all operators of commercial vehicles, will need to become cleaner, too, as customer demand, policies and economics evolve.