Why I Continue To Teach Kundalini Yoga, As It Was Delivered

by Kaline Khalsa: A long awaited report was released yesterday, revealing the findings of the investigation into the allegations against Yogi Bhajan, relating to sexual & power abuse… 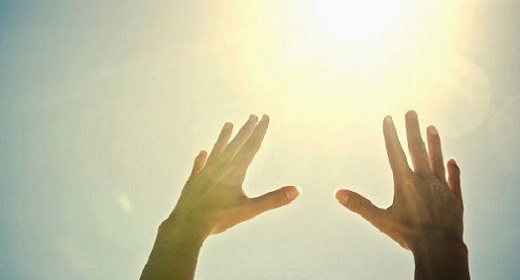 No matter how beneficial and healing my own direct exchanges always were with him, the reading of the report makes for a shocking experience. No matter how prepared I aimed to be, the reading was brutal because the stories are brutal on levels beyond the expected ones.

I understand that many people, students and colleagues alike, have been waiting for an official position from us, as teachers and trainers of Kundalini Yoga as taught by Yogi Bhajan®. That is why I am forcing myself to “make an act of presence,” when all my being is requesting more silence and time for integration, for grieving. On some level, I can feel as many do that this is a much needed “death” for a much needed resurrection, but it does not make the process any less harrowing.

A TIME TO SPEAK OUT?

My speaking up may feel overdue to some. I have refrained from public comments on social media for months because there were no official declarations from the “reporters of harm”; I did not want to base my decisions on a mixture of rumors, social media and peer pressure from those “in the know.” Due to the dichotomy between the vast array of experiences Yogi Bhajan provided, it was a complex case and the investigation took a painfully long time.

The pain runs so deep and the feelings are so raw in our yoga community… and in addition, this upheaval is set against the background of a world that has become so polarized, that in order for a true space to exist, in which all positions may be given the same amount of tolerance, a lot more conscious work is still needed.

Our current leadership (KRI, 3HO….) has demonstrated that they are willing to provide the space for us to work together to reach this place, and I am grateful for their transparency and relentless service. They too, have to deal with shock and pain: it has been confirmed that most people close to Yogi Bhajan were not complicit.

VALIDATING THE PAIN SOME SUFFERED

First and foremost, my heart goes out to the people who suffered. Healing thoughts and compassion for them are a priority. I pray that we collectively find a way to help them recover, feel recognized and validated. I grew up with my own experience of what it is like to not be believed, to be victim of a brutality that is unperceived by others and to suffer while others, all the while unaware, go praising the perpetrators of your misery. I can only imagine what it was like for these women to live this way, on the scale of a worldwide community which was veiled and protected by the label of “spirituality.”

Because I grew up in a similar kind of divisive, unprotected, subversive, public-shaming and manipulative atmosphere described in the report, with little respect for boundaries and permanent danger hovering around… because I was no stranger to sexual assault growing up, I hope it gives me the leeway to state the following: the trauma I carried from these formative years only started to subside and heal when I met Yogi Bhajan and the technology he imparted.

I had previously looked for help everywhere for many years, but he was the only person who immediately identified and relieved the kind of pain and terror I had harbored inside for most (if not all) of my life. What is more, I subsequently spent 14 years married to a wonderful man, who remains my true friend to this day, and one of my favorite persons in the world, whose kindness and respect for women he always claimed to have learned from Yogi Bhajan—whom he met when he was 9 and remained close to growing up.

For that and more, I cannot deny Yogi Bhajan as a teacher and a healer. Which is different from denying his wrongdoings. I do not aim to “separate the man from the teacher”, I just can’t deny him as a teacher but I also cannot ignore the pain he caused. It’s a conundrum that I believe may take years to integrate, as it will require a big shift in paradigm to elevate the debate out of these seemingly incompatible polarities.

HE HELPED THOUSANDS, BUT SACRIFICED DOZENS

It is clear that Yogi Bhajan was many things to many people. A saving grace to a multitude. I am so deeply sorry to find out he was an ogre to some. He helped thousands, but sacrificed dozens. I write “sacrifice” because that is what it felt like reading the report.

The scenes depicted go beyond the usual “spiritual guide/teacher pretending to be celibate sleeps around with students and thus breaks his own rules,” to reach some kind of almost ritualistic or vampiric level… The shock of the report is that it raises somber questions about human nature which are profoundly disturbing and bring me right back to that inner place of terror I felt before I met Yogi Bhajan. Except, now I have the tools he taught to rise above it. Catch 22! Genius or trickster? Angel or demon? Sacrifice or tormentor? All of the above it seems. Which begs the question: why Light to some and Darkness to others? The report quotes “you could not say ‘no’ to him”… I can understand, yet I said “no” to him many times (nothing related to sexuality) and I never was retaliated against, not by him at least. Which begs another question: co-responsibility (I did NOT write “guilt”) for what we participate in creating when we deny our deepest inner feelings for the sake of pleasing or appeasing others, when we give in to peer pressure.

I never subscribed to seeing the teacher as a demi-God, and the pressure to do so never came from him, but from some in his privileged entourage. I never felt, nor was ever, part of a cult, never abandoned my religion and often openly hated him because of the brutality of his form. But, anytime I would step away from his physical presence after a meeting with him, anger would dissipate to give way to a profound new insight that was akin to a healing wind of grace erasing the pain of the past.

Looking back on my life, 16 years after his death, his words and deeds only brought me expansion and healing. I am glad I expressed my gratitude then because I surely did respectfully express my resistance. I did not come to feel any love for the teacher until he was no longer in his physical form. But since then, my loving reverence has grown stronger because his words have served me over and over, and helped me serve others. And now this, these revelations…

A NEW ERA, YES, BUT I CHOOSE TO BE ONE OF THE KEEPERS OF THE SYSTEM AS IT WAS DELIVERED

The empathy and compassion I feel for Yogi Bhajan’s victims I can integrate as part of the greater experience of this system, but I cannot let their experiences replace my own – nor those of all the people I was, and am still able to help in turn, via the same system. I also intuit that if I am benefitting from a technology, and from the status that teaching it has and is giving me, then denying the one who taught it to me goes against a fundamental flow and law of life.

What I can and will do, is to voice out the harm caused and the shadow side of my teacher. (I am aware I can only do so according to my limited understanding at the moment). There is nothing to hide, everything is an opportunity for deep and real conversations and self reflection. This is indeed a time for emancipation, but for me, emancipation does not mean I can deconstruct the teachings and pick and choose according to my feelings. I have always felt free, and free to experiment, but I would never teach my own explorations or combinations as being “Kundalini Yoga.” I would not want the responsibility, the karma.

This is the Aquarian Age and we are doing away with pyramidal structures of authority and a Saturnian model of teaching. Everyone is free to be the kind of teacher they want to be, as long as each one agrees to bear the consequences. I choose to be a keeper of the teachings as they were handed to me, because I have witnessed how they can clear even the most blocked life, when they are taught without alterations. I will continue to teach them and to give credit where credit is due, emphasizing the teacher as a sacred function and channel, instead of a personality. I will be totally open about the dark side in the history of the organization guarding the teachings. I am glad I got to have my own direct experience with Yogi Bhajan because I would find it impossible to navigate the current troubled waters otherwise and I would feel swept over by the trends in opinions. But no one can rob you of your experience. And that’s why he imparted this technology, and that’s why we in turn teach it… so each of you/us can learn to recognize his/her own true experience, beyond what the conventional senses perceive and beyond what the common general perception of the moment dictates.

One person cannot create havoc without a structure of willingness and unwilling enablers. Furthermore, if each person can stand firmly by his/her inner virtues and principles no matter what and no matter who, this world will be a better place for all.

Thanks for reading me. Love to All.

Kaline-GianJot teaches in English, Spanish and French. She is currently spending reflective time in Mexico while continuing to teach and provide healing sessions online, to individuals and groups in various countries. Info@yogaKaline.com +1 310 930 3157