Why The Electric Vehicle Wave Is Still Coming

by Katie Fehrenbacher: If you look at the 2020 annual estimates for global electric vehicle sales, it sure seems grim… 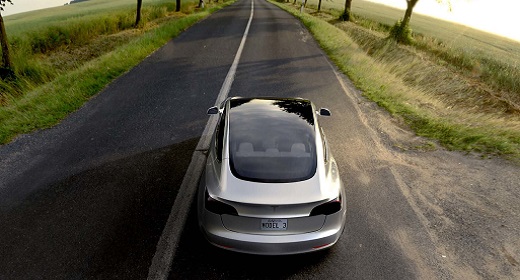 Wood Mackenzie predicts that because of the pandemic and resulting economic disruption, sales of EVs around the world will drop by 43 percent this year. Automakers that sell vehicles to consumers tend to be hit hard by macroeconomic trends, and with a dramatic recession emerging, potential buyers are likely to buy fewer cars in general — let alone electric models that are newer to the market.

So we’re looking at an EV industry that could see a contraction by almost half in a crucial year that was formerly expected to be an important breakout year for EVs.

Yeah, that’s not good. But let’s all take a deep breath and look at the bigger picture. The longer-term forecasts are much, much brighter.

Core industry, technology, environmental and policy shifts have been happening over the past decade that will continue to ensure that electric vehicles continue on their trajectory to eventually reach the mainstream car buyer.

Core industry, technology, environmental and policy shifts have been happening over the past decade that will continue to ensure EVs continue on their trajectory to the mainstream.

Here are four trends to remember that will keep EVs moving forward, and ultimately, yes, still, one day dominating transportation:

1. Economics: The price of lithium-ion batteries — which power the bulk of electric vehicles — dropped by 87 percent between 2010 and 2019 and is expected to continue to drop below $100 per kilowatt-hour by 2024, predicts the researchers at Bloomberg New Energy Finance (BNEF). These price drops are due to ever-larger factories that benefit from economies of scale, manufacturing efficiencies and innovations, fierce competition in the battery industry and new battery chemistry technologies.

Once lithium-ion batteries reach below $100/kWh, all types of electric vehicles will be cheaper than they are now. More important, that will ensure that EVs more effectively will compete with fossil-fuel-powered vehicles. The same type of manufacturing innovation and factory scaling that turned solar panels into one of the cheapest forms of electricity is doing the same thing to batteries for electric vehicles.

Partly because of this economic and tech trend, automakers already have committed $140 billion to electrification initiatives through capital spending on factories. These initiatives have been led by global automakers such as VW Group, Hyundai Kia, Changan, Daimler and Ford. Auto manufacturers are not going to abandon these investments because of the coronavirus.

2. Policies: While EV sales in the U.S. and China are expected to drop this year, sales in Europe could still grow. Why? Many countries in Europe already have enacted strong mandates and incentives, while some European cities have banned fossil fuel-powered vehicles from city centers.

BNEF predicts that Europe’s EV sales could be up by 50 percent this year despite the COVID-19 fallout. Other markets need equally strong policies to maintain EV sale trajectories.

That’s where the potentials of a green stimulus come in. A recent Politico Pro article reported on an Ipsos-Mori poll for 14 G20 countries that found that the majority of respondents agreed that an economic recovery should prioritize climate change. Expect some significant recovery funds in European countries and progressive states such as California for clean economy industries that can create jobs such as solar panel installations, building weatherization and electric vehicle factories and infrastructure.

3. Electric fleets: While consumers might be less eager to buy cars in a recession, many fleets are already moving toward low-carbon and electric formats to meet mandates or corporate sustainability goals. Public and private fleet managers need to replace older vehicles and continue to buy the most efficient and cost-effective vehicles.

Part of the push behind green fleets, again, is strong policies. For example, in California, the Advanced Clean Truck (ACT) rule appears to be continuing to move forward in the face of the pandemic, although a recent hearing was pushed to June. The ACT rule is a world-leading manufacturing (and eventually fleet-purchasing) mandate in California that significantly will boost the amount of zero-emissions trucks on California’s roads. California is also already requiring all of its transit buses to be ZEVs within a little over two decades.

But it’s not just about policies. For many fleets — delivery vehicles, transit buses and school buses — it can be cheaper to operate an electric vehicle than it is to operate a diesel-powered vehicle. Why? Because for specific routes, in targeted regions, electricity is cheaper than diesel. Another checkmark for the economics box.

Electric fleets have such potential staying power that startups are still getting funding in this space. Amply Power, which sells charging solutions to electric fleets, just closed on a $13.2 million funding round, led by George Soros’ fund and power company Siemens. Amply CEO Vic Shao says that while consumer appetite for EVs might be down this year, “the same is not true for fleets.”

4. Clean air: We’ve been in a global transportation experiment since late March. With much of the world’s transportation halted, the air in many cities has been cleaner than it’s been in decades. The big hope is that this moment in history will galvanize all of us to continue to push toward what’s needed to accelerate and scale zero-emission vehicles.

But even without this grand experiment, clean air has emerged as a major driver for ZEVs in the past couple of years. School district transportation leaders such as Tim Shannon, who manages the transportation for Twin Rivers Unified School District in Sacramento, California, points to “clean air for kids” as the No. 1 reason to electrify school buses.

Likewise, protests around shipping distribution centers in Southern California — which have large numbers of idling trucks — have helped shine a spotlight on the need for ZEVs within the context of the ACT rule and around Amazon’s fulfilment centers.

It’s gonna be a rough year, folks, but don’t abandon all hope.