A Beginner’s Guide To The Low Glycemic Diet 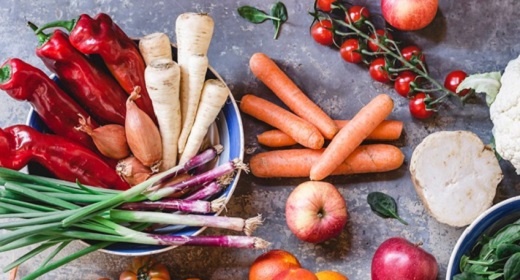 Studies have shown that the low GI diet may result in weight loss, reduce blood sugar levels, and lower the risk of heart disease and type 2 diabetes.

However, the way it ranks foods has been criticized for being unreliable and failing to reflect foods’ overall healthiness.

This article provides a detailed review of the low GI diet, including what it is, how to follow it, and its benefits and drawbacks.

What is the glycemic index (GI)?

Carbohydrates are found in breads, cereals, fruits, vegetables, and dairy products. They’re an essential part of a healthy diet.

When you eat any type of carb, your digestive system breaks it down into simple sugars that enter the bloodstream.

Not all carbs are the same, as different types have unique effects on blood sugar.

The glycemic index (GI) is a measurement system that ranks foods according to their effect on your blood sugar levels. It was created in the early 1980s by Dr. David Jenkins, a Canadian professor (1Trusted Source).

The rates at which different foods raise blood sugar levels are ranked in comparison with the absorption of 50 grams of pure glucose. Pure glucose is used as a reference food and has a GI value of 100.

The three GI ratings are:

Foods with a low GI value are the preferred choice. They’re slowly digested and absorbed, causing a slower and smaller rise in blood sugar levels.

On the other hand, foods with a high GI value should be limited. They’re quickly digested and absorbed, resulting in a rapid rise and fall of blood sugar levels.

You can use this database to find the GI value (and glycemic load, described below) of common foods.

It’s important to note that foods are only assigned a GI value if they contain carbs. Hence, foods without carbs won’t be found on GI lists. Examples of these foods include:

SUMMARYThe glycemic index (GI) is a ranking system that classifies carb-containing foods by their effect on blood sugar levels. It was created in the early 1980s by Dr. David Jenkins.

Factors that affect the GI of a food

A number of factors can influence the GI value of a food or meal, including:

SUMMARYThe GI of a food or meal is influenced by a number of factors, including the type of sugar it contains, the structure of the starch, the cooking method, and the level of ripeness.

The amount of carbs is also important

The rate at which foods raise blood sugar levels depends on three factors: the types of carbs they contain, their nutrient composition, and the amount you eat.

However, the GI is a relative measure that doesn’t take into account the amount of food eaten. It’s often criticized for this reason (1Trusted Source).

To solve this, the glycemic load (GL) rating was developed.

The GL is a measure of how a carb affects blood sugar levels, taking both the type (GI) and quantity (grams per serving) into account.

The GI is still the most important factor to consider when following the low GI diet.

However, the Glycemic Index Foundation, an Australian nonprofit raising awareness about the low GI diet, recommends that people also monitor their GL and aim to keep their total daily GL under 100.

Otherwise, the easiest way to aim for a GL under 100 is to choose low GI foods when possible and consume them in moderation.

Diabetes is a complex disease that affects millions of people worldwide (6).

Those who have diabetes are unable to process sugars effectively, which can make it difficult to maintain healthy blood sugar levels.

However, good blood sugar control helps prevent and delay the onset of complications, including heart disease, stroke, and damage to the nerves and kidneys (7Trusted Source, 8Trusted Source, 9Trusted Source).

A systematic review of 24 studies reported that for every 5 GI points, the risk of developing type 2 diabetes increased by 8% (14).

The low GI diet may also improve pregnancy outcomes in women with gestational diabetes, a form of diabetes that occurs during pregnancy.

Moreover, the low GI diet has been shown to reduce the risk of macrosomia by 73%. This is a condition in which newborns have a birth weight over 8 pounds and 13 ounces, and it’s associated with numerous short- and long-term complications for the mother and baby (15Trusted Source).

SUMMARYThe low GI diet appears to reduce blood sugar levels in people with diabetes. Diets higher in GI have also been associated with an increased risk of type 2 diabetes.