Battling Cognitive Distortions As A Music Producer (A Psychologist’s Take)

by Ricard Magnusson: Having Doubts About The Success Of Your Release? 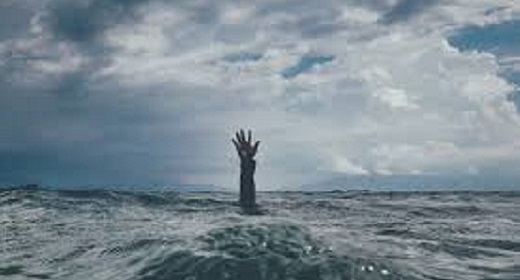 And not the kind that helped shape the sound of modern music.

No, you might be suffering from the kind of distortion that kills creativity instead of spark it.

Cognitive distortion does not live in your music production software, but in your mind.

Often it’s a case of cognitive bias: our mind has a tendency to come to conclusions that reinforce our preexisting beliefs, rather than more accurate and logical conclusions.

It’s the minds’ way of making sure any new information we take in will live happily side by side with what we already know (or think we know). That way we avoid the psychological discomfort that arises when conflicting pieces of information tries to occupy our mind at the same time. 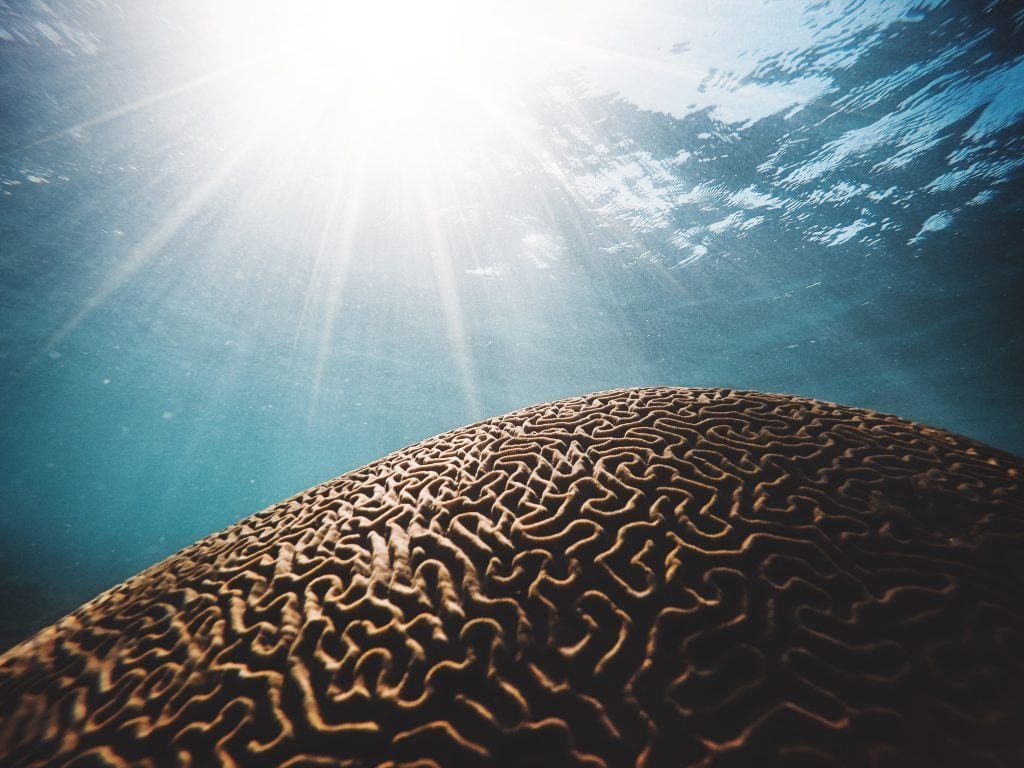 It’s like a dissonant chord that seeks to be resolved, and being a brilliant musician, our mind finds a way to resolve it.

Another reason for cognitive distortions is that often the amount of information we receive is so vast and hard to interpret, that our mind automatically simplifies the information to make it less exhausting to make a quick assessment of the information at hand.

Unfortunately, it often leads to faulty conclusions and flawed logic.

It seems we have a lazy mind, and sometimes it cuts corners.

American psychiatrist Aaron T Beck proposed the idea of cognitive distortion in an article as early as 1963 (Beck, 1963), and it’s had a profound impact on the development of cognitive-behavioral therapy (CBT).

Research over last 50 years has shown, over and over again, that there is a well-established link between cognitive distortions and mental health issues (Hu, Chibnal, Slavin, 2019; Kendall, 1992; Beck, 1963).

Music distribution platform Record Union recently made a study with almost 1500 participants that shows that a staggering 73% have experienced depression or anxiety related to their music-making (The 73 percent, 2019).

One of the main reasons being fear of failure. Cognitive distortions are often a key component in depressive feelings and anxiety.

Why Do We Suffer From Cognitive Distortion?

An example is when your fresh, new release only gets 41 plays in the first month on Spotify. Your mind tells you that you are a failure and that you might just quit making music altogether.

The cognitive distortion, or error, in this conclusion is failing to take into account that thousands of tracks are released each day, and your tracks’ potential success might not only be down to your qualities as a songwriter.

It’s more likely the case of lacking a grand marketing budget, leaving your track lost like the proverbial needle in the hay.

Another example: You send your latest musical masterpiece to a friend, hoping for some feedback. Your friend responds with a simple “Nice.”. Your mind quickly jumps to the conclusion that your friend obviously thinks your music sucks, or the response should have contained an “awesome” or at least an exclamation mark.

Once again your mind fails to take into account the myriad of alternative explanations.

Maybe your friend was driving and couldn’t elaborate more. The fact is you don’t know, because you can’t read minds.

In both situations, we walk away feeling bad, discouraged and useless. 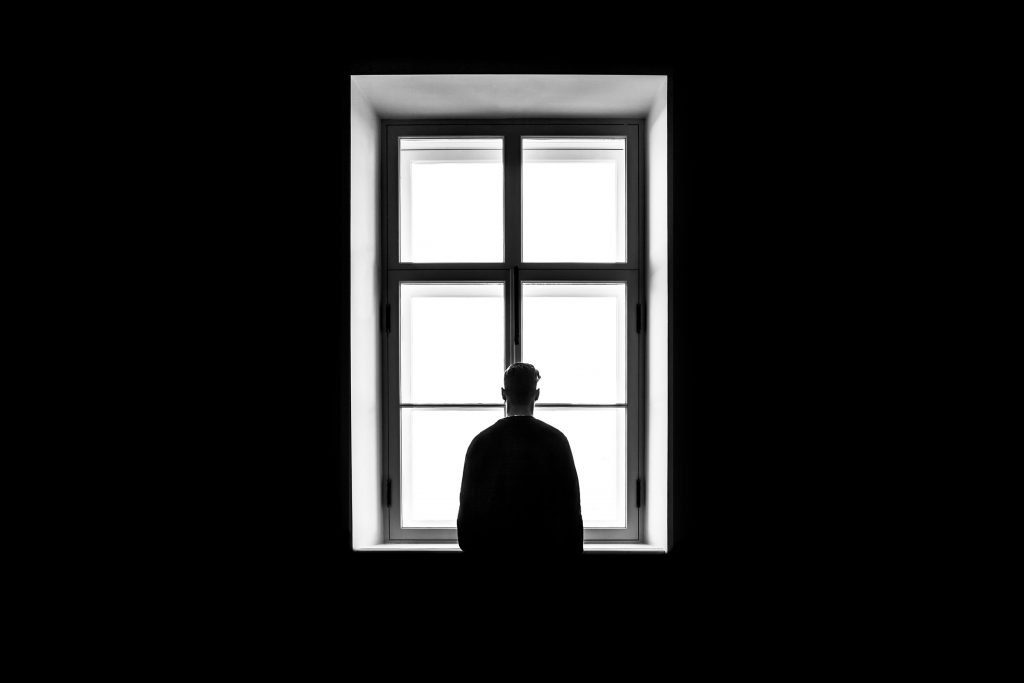 There are several types of thinking errors, and here are some more examples of the most common types of distortions:

“I can’t stop thinking about that one bad review…”

Do ever play your music to family and friends? You can live off the sentence “Wow this is really good!” for a few days, but the statement “It’s a bit boring” can haunt you for weeks and undermine your every attempt at making music.

Or maybe you are performing on a stage somewhere in front of a (hopefully) ecstatic crowd, but after the show you only remember the guy in the front who was looking at his phone the whole time.

There is a logical explanation for this.

Being able to quickly detect threats is vital to survival. Here the perceived threat is possible social exclusion. Imagine yourself as a caveman – if you are excluded from the group you are left to fend for yourself against all sorts of nasty predators.

So why does this still matter? Well, your brain is still that caveman in many aspects, particularly those related to survival — hence why we tend to feel the burn of the negative, more than the reward of the positive.

When you label yourself one way or the other, perhaps as a bad producer, you at the same time make it harder for your mind to take in the more realistic view that while you might have areas you need to improve, you still are pretty good at other areas.

“EVERYONE’S GOING TO HATE THIS.”

Nothing can sabotage the confidence in yourself and your work like imagining the worse possible outcome at all times. When you do this, you start making artistic decisions out of fear of failure rather than out of musical, aesthetic reasons.

“I BET YOU THINK MY MUSIC’S TRASH.”

Most of us are quick at deciding what people think of us or our work. A glance, a twitch in the mouth, often that’s all it takes to convince us we know what someone is thinking.  In reality, our assumption probably is more based upon fear of failure, fear of not fitting or any other fear.

“THIS ALWAYS HAPPENS TO ME.”

A common thinking error is when you take one situation and generalize it to your whole career or every aspect of your life. If you fail to meet deadlines on one occasion, your mind might come to the conclusion that you are always late with your work.

If your new track isn’t a complete success, it’s a devastating failure. Or is it? Maybe there are steps between the success and the failure. Maybe if you start describing your work with less black or white words, and identify the grey areas in between, you might have a more realistic view of your work.

We often act on our feelings as if they were true, logical pointers on how to interpret the current situation. This is in many cases simply not the case. Often, our feelings are not the clear, unbiased, rational compass we think they are.

Our feelings are often automatic responses that might even be unrelated to the current event, like an echo of a previous, similar situation.

“THEY SOUNDED ANNOYED — I MUST HAVE DONE SOMETHING WRONG.”

Humans, no matter how compassionate and empathic, have a limited ability to see things from other peoples’ perspective. This makes it easier to not get overwhelmed by other peoples’ pain, and gives me a sense of self in relation to others.

The downside is that we sometimes make the mistake of thinking everything revolves around us. This might lead us to faulty conclusions that make us feel bad. I’m sorry to have to be the one to say this, but you are not the sun.

How other people feel, react or act, might not be a direct consequence of something you have said or done. It might not have anything to do with you at all.

So now that we know we might have a distorted view of reality, what can we do about it?

In cognitive-behavioral science (CBT), the exploration of a persons’ thinking errors play a big part, and a lot of time and efforts goes into trying to help the patient understand his own way of thinking.

There are however a few steps that will help you conquer your inner critic, and find more helpful ways of thinking… 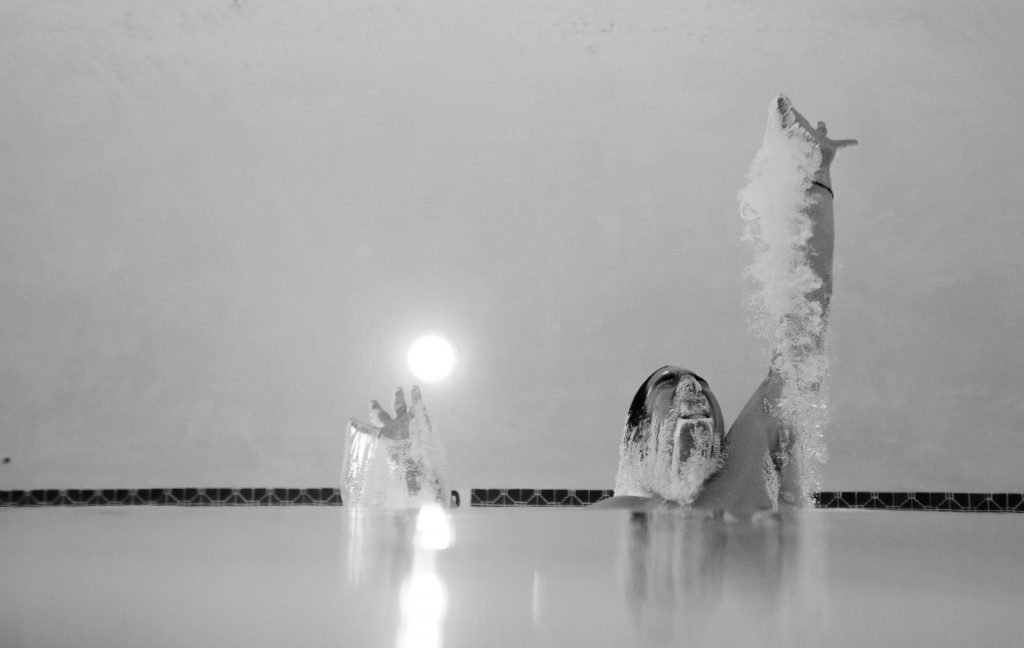 As previously stated, our mind is a lazy creature. We commit these thinking errors because it’s easy, and it happens with little to no effort.

It’s an automatic process that most of the time we are not aware of. The first, and most important step, is noticing when it happens.

Try to find your own examples of when you have made any of the mentioned thinking errors. Make a habit out of trying to spot when you or others engage in cognitive distortions. You could even write it down.

The next step is about challenging your inner dialogue, the machine in your head that constantly makes statements and judgments about everything and everyone. Try to look at all the available information and ask yourself:

Now that you have looked at the situation and examined all available information, is there another way of phrasing your thought that is more in line with what’s actually going on?

A less distorted way that corresponds better with reality? Maybe even a way that does not contain any judgments at all (ie good/bad, success/failure)?

But what if we are right?

What if we truly suck…?

We all live with the possibility that that just might be the case, but will an overly negative and distorted view of reality boost or hinder your creativity?

Will it lead you forward in the intended direction or make you quit before you even started?

Or are we better off with a mind that is supportive, realistic and less influenced by fear of rejection?