by Dr. Alberto Villoldo: In past blog posts I’ve written about some of the shamans I had the privilege of working with… 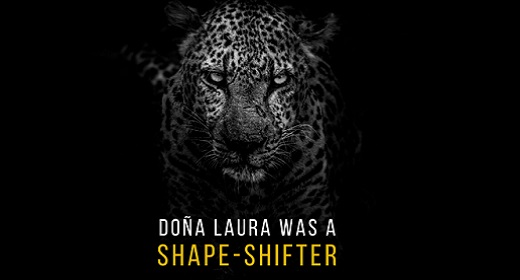 Doña Laura was the medicine partner of my mentor, Don Antonio. They had learned their art in the highlands from the same teachers. He had moved to the city. She had moved even farther into the mountains and lived above the snow line near Mt. Ausangate, the Inka holy mountain.

She was a fierce old crone, one of the most frightening people I have ever met. She could look right through you, and by candlelight her features seemed to transform, her nose becoming a hooked beak, her eyes turning into those of a falcon. She disapproved of Antonio teaching me the ways of the Indio, and routinely scolded him. It was only after I completed my rites of passage, and became a kurak akuyek myself, that she stopped calling me “boy” and we became friends.

I never took her contemptuousness personally. She was fierce with her own students, beating them with a stick when they committed particularly stupid mistakes. Getting a smile from her, however brief, was worth more than praise from any other teacher. She was the head of the medicine societies, of equal rank and stature as Don Antonio. And she was a shape-shifter. Whereas most shamans could travel in the shape of a spirit eagle or jaguar in dreams, Laura could do it while awake, in broad daylight. She could merge with a condor and fly the giant bird according to her will, diving into ravines or flying miles above the ground, contemplating the landscape below.

Once, at the base of Mt. Ausangate, she was challenged by one of her students, a short, pudgy Indian fellow named Mariano who had a great sense of humor and a knack for gathering medicinal plants, but who managed to do most everything else wrong. “How do I know you are really inside the body of the condor and not imagining it?” he asked. I was a dozen feet away, at our camp with Don Antonio. The air suddenly became electric, and I saw a faint smile cross Antonio’s face. We all knew better than to challenge the old woman, and all of us were waiting intently for her response.

“Is there a difference between reality and imagination?” she answered in a gentle tone. We looked disappointedly at each other.

It was getting close to dusk, and a half dozen of us set out to collect brush and masto, the dried llama droppings that are used for fuel so high in the mountains. Half an hour later we were all back at camp except Mariano. Most of Laura’s students were women, and they had given the two male apprentices women’s names, which they used when they were not around. “Where is Maria?” they taunted playfully. “Maybe she has gotten lost,” one snickered.

I could tell that Antonio was getting worried. It was wintertime on the second highest mountain in South America. In half an hour the temperature would fall below freezing. He motioned to me and another man to go search for him. As we were setting out we noticed Mariano staggering toward camp. His face was bloodied, and he was barely able to stand. I carried a first-aid kit, which I kept stowed at the bottom of my bag, for situations like these. My mentor did not like to use Western medicines, but at that altitude no medicinal plants grew. We were so far above the tree line that no plants of any kind were to be seen. We were surrounded by a barren, icy landscape punctuated by patches of bare rock.

We brought Mariano into our tent and saw that the back of his jacket had been slashed; the white filler was stained red with blood. The gash had gone through his clothing and torn his skin, leaving three deep gouges on his back, like those made by the talons of an animal. We asked Mariano to tell us what happened, but all he would do was shake his head and say that he had fallen and cut his face on the ice. Later that night we overheard him apologizing to Doña Laura. It seemed that a giant condor had swooped down from the sky and tried to carry him away. Condors have been known to abduct a fully grown sheep, fly several hundred feet into the air with the animal in their clutches, and drop it to its death on the rocks.

Over the years Doña Laura and I became friends. One day she told me that the secret of shape-shifting was to realize that you were no different from anything else in the universe, no better and no worse. You could even become invisible to others. Antonio had mastered this—he was invisible to the Catholic Church. No one knew who he was, so he was free to change the world. “You can accomplish anything,” she told me, “as long as you are willing to let others take credit for it.”