by Anna Chan: Iggy Pop has a lust for life — all life… 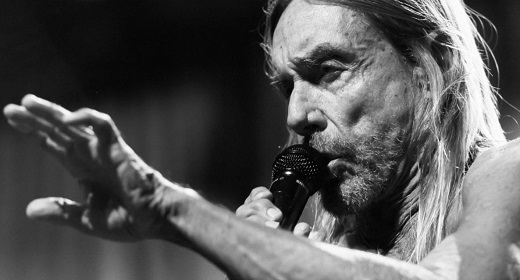 The iconic punk rocker has donated his song “Free” to help PETA spread the message about the horrors monkeys that are used in experiments face, the non-profit is sharing first with Billboard.

“Anyone can see the pain and terror in these monkeys’ eyes,” Pop tells Billboard exclusively. “No one should have to suffer like this.”

The song, the title track off the musician’s 18th studio album, soundtracks a new PETA video that shows terrified monkeys caged, being held down for experiments and more. The haunting tune, which features the rocker repeating the simple lyric “I want to be free” twice, is a perfect fit for the heartbreaking video.

“As soon as PETA heard Iggy Pop’s song ‘Free,’ we knew it was perfect for highlighting the suffering of monkeys held captive and tormented in laboratories,” PETA spokesperson Moira Colley tells Billboard. “Luckily, Iggy is as kind as he is charismatic, and he immediately agreed to let us use it after seeing our disturbing footage of traumatized monkeys.”

The Godfather of Punk is the latest musician to lend his voice to PETA. Swedish singer Tove Lo teamed up with the animal rights organization in June to urge people to “Adopt, Don’t Shop” for their pets. And Paul McCartney worked with the non-profit that same month to spread his birthday wish, which is for more people to adopt a meat-free diet.