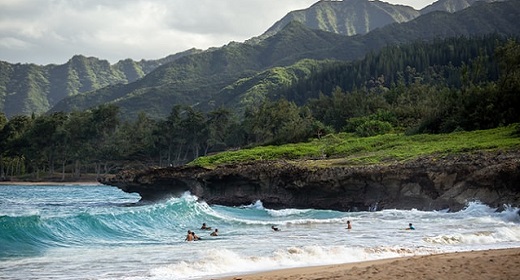 Hawaiian Electric has submitted eight contracts for new grid-scale renewable energy and storage projects on O‘ahu and Maui to the Public Utilities Commission (PUC) for review and approval.

The six projects on O‘ahu and two on Maui are part of the largest renewable energy procurement on Hawai‘i. If approved and completed, the combined projects are expected to lower electric bills by about $1 a month on O‘ahu and Maui.

The O‘ahu projects are expected to provide generation and storage needed to retire the state’s only coal plant, the 180-megawatt (MW) plant at Campbell Industrial Park owned by AES, by September 2022. On Maui, the renewable energy projects would help enable the retirement of the 38 MW oil-fired Kahului plant, by 2024.

These projects were part of the second phase of Hawaiian Electric’s renewable procurement effort that began in February 2018. Three of the original projects withdrew and contracts for three other projects are still being negotiated with Hawaiian Electric.

In addition to the projects planned by independent developers, Hawaiian Electric plans to build two standalone energy storage projects, one on Maui and one on Hawai‘i Island. Those projects were submitted to the PUC as well.

The eight contracts submitted for regulatory review represent nearly 300 MW of new renewable generation and about 2,000 megawatt hours (MWh) of storage. If completed on schedule in 2022 and 2023, they are estimated to add approximately 9 percentage points to the renewable portfolio on the five islands served by Hawaiian Electric.

The company’s renewable portfolio is expected to reach 30 percent by the end of this year with the anticipated return to service of Puna Geothermal Venture on Hawai‘i Island.

Kapolei Energy Storage does not produce energy so has no per unit price. A fixed monthly payment is made for energy stored in a single battery system intended to provide a four-hour, 135 MW, 540 MWh load-shift of energy to the evening hours when demand increases but solar generation diminishes and a 30-minute, 50 MW, 25 MWh fast frequency response in case of a system contingency to allow operators time for other resources to stabilize the grid.

Hawaiian Electric has made community outreach a formal part of the procurement process and requires developers to engage with residents in the communities where their projects are planned. Community members can provide comments and feedback as part of the regulatory review process.