How Kindness Can Get Lost In Communication

by Barry Boyce: Founding Editor Barry Boyce muses on the messiness of communicating, and how finding the deeper meanings of words may require some inner searching… 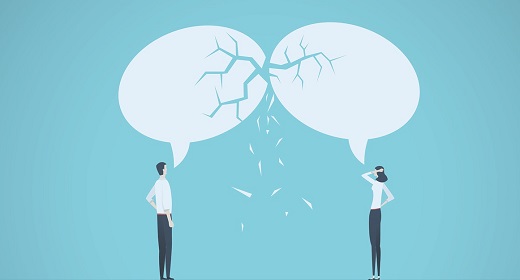 Many years ago, the five-year-old son of a friend of mine came rushing into his father’s workshop talking rapidly in a rush of insight and pointing to a tool on the bench: “Daddy, this isn’t a screwdriver; that’s just what we call it, and a rock isn’t a rock; we just call it that; that’s not grass; that’s just our word for it…” He went on for a while, then summed up his realization by saying something like, “These are just names we give to things. They’re not the things themselves.”

What is Mindful Speech?

I was studying rhetoric and semantics around that time and something called mindful speech, and I remember thinking how valuable it could be to carry that kind of childlike mind with us, so we might better understand the fuzzy and squiggly relationship between words and meaning and our intentions.

Our labels, names, words, and concepts can shed light, but they can also obscure. Like windows, they can be opaque, fuzzily translucent, or transparent. They can be used to elucidate or they can be weaponized. Consider even the word mindful. It refers to a positive quality, but when used to shame—You weren’t very mindful!—the tone of contempt and calling-out obliterates the positive connotations of the word, resulting in blunt force trauma.

In a case like that, the co part of communication is lost. The invitation to dialogue and listening that’s the power of mindful speech disappears, and we’re left with finger wagging and pointing. At the core of mindful speech is understanding words as tools we use to achieve a desired result. We need to pay attention to whether that result is achieved—and also to other consequences, such as unintended meanings or possibly harmful distortions.

Real truth is not owned by those of us who stand on a pulpit, dais, or soapbox (real or virtual) and bestow truth on others. It’s found in the middle, in the mix.

If I tell someone, for example, that mindfulness will make them calm, what happens when it freaks them out? If I say it’s about being nonjudgmental, what happens when they think that means being passive and making no distinction between right and wrong? Saying something, writing something, tweeting something, is only half the story. We need to take some responsibility for how it lands in minds and hearts. And we need to vigorously seek dialogue. Real truth is not owned by those of us who stand on a pulpit, dais, or soapbox (real or virtual) and bestow truth on others. It’s found in the middle, in the mix.

A final example. From time to time in our pages and in our other media, we talk about privilege. It can be a highly loaded word. A white person in a large number of contexts enjoys privileged treatment that people of color do not. In simple terms, that’s the meaning of “white privilege.” While we may be created equal, we are not treated as equal. Many white people, though, bristle at the term, saying they’re not necessarily privileged. That’s latching onto the word and not probing to the intention. We’ve arrived back where my friend’s young son landed. A word is simply a marker, a stab at shared understanding. Easy enough with grass and rock, not so easy with intricate concepts and words that can shed both light and darkness. In those cases, to get to real meaning, you need a dialogue, a back-and-forth.

In dialogue with each other, we have a chance to get to deeper meaning, to probe together, to dig beneath the surface of the words and labels we may be slinging about; but if we don’t find enough opportunities for real dialogue together, our words may do more harm than good. We might be better off silent.