Justin Trudeau: ‘The World Is In Crisis, And Things Are About To Get Much Worse’

by Jeremy Blum: The Canadian prime minister argued in a U.N. speech that COVID-19 is a “wake-up call” that current global systems simply don’t work anymore. 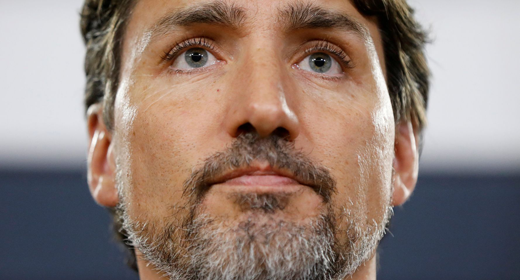 Canadian Prime Minister Justin Trudeau warned Friday that the current global order will be upended if leaders across the planet fail to come together to uphold human rights and tackle upcoming threats such as climate change.

Trudeau delivered the grave words in a prerecorded message to the United Nations General Assembly.

Trudeau described the COVID-19 pandemic as a “wake-up call” and argued that organizations formed in the wake of two world wars — such as the International Monetary Fund and the World Bank — are no longer effective because of red tape and because countries repeatedly push their own interests.

“There are few consequences for countries that ignore international rules,” Trudeau said, alluding to incidents in nations such as Russia, China and Iran without specifically naming names.

“For regimes that think might makes right. Few consequences for places where opposition figures are being poisoned while cybertools and disinformation are being used to destabilize democracies. Few consequences when innocent citizens are arbitrarily detained and fundamental freedoms are repressed. When a plane of civilians is shot from the sky. When women’s rights are not treated as human rights. When no one has any rights at all.”

“The international approach we relied on since the second half of the 20th century was built on an understanding that countries would work together,” Trudeau said. “But now the same countries are looking inward and are divided. We need to recognize where we are. The system is broken, and the world is in crisis. And things are about to get much worse unless we change.”