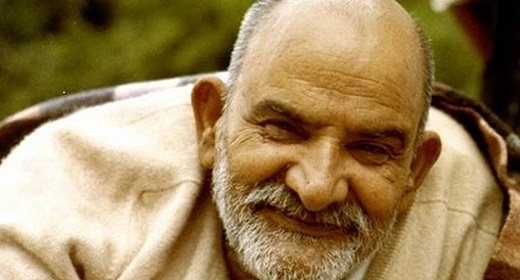 He was being transferred to Delhi, and he told Baba that he wanted to tour Kashmir before taking up his post. When Vaish was leaving, Baba gave him an umbrella and said, “Keep it with you. It rains heavily there.” Vaish hesitated to accept the umbrella and said, “I have an umbrella at home. This one will serve many people here at the ashram.” Baba did not listen to him and again asked him to keep it with him. During his stay in Kashmir, Vaish went about holding the umbrella. On his return to Delhi, he again went to Kainchi for Baba’s darshan and to return the umbrella. On seeing him, Baba said, “You have come to return the umbrella?” Baba then said, “Keep it with you. It will be a protective umbrella over you.” Vaish did not understand what Baba meant, but he went back to Delhi, taking the umbrella with him.

In 1978, five years after Baba’s Mahasamadhi, Vaish was transferred to Lucknow and left his extra luggage, including the umbrella, at his house in Delhi. In Lucknow he started suffering from heart, liver and spleen trouble. A check-up at Balrampur Hospital revealed that his spleen was enlarged by thirteen centimeters, but the doctors did not advise an operation due to his heart trouble. As no other treatment option was available to him in Lucknow, he and his wife went to the All India Institute of Medical Sciences in Delhi. Back in Delhi, Vaish was getting ready to go from his house to the hospital when his wife noticed the umbrella lying there. The idea came to her that by not keeping the umbrella gifted to him by Maharaj with him always, he might have been deprived of Baba’s protection. In the hot month of June, Shrimati Vaish escorted her husband to the hospital and hid the umbrella under his pillow.

Vaish was examined thoroughly once again. His spleen was still enlarged by thirteen centimeters. The doctors told him that he would have to stay in the hospital for six months and agreed that it was not advisable to operate on the spleen in his condition. They would have to rely on the medicines to affect a cure. They told him that he would have to take a special tablet once a month that would reduce his spleen by two and a half centimeters over thirty days. He took the first tablet that same day. The next morning he felt so much better that he asked the doctor to get his spleen examined again. Saying encouraging words to him, the doctor explained that the process of measuring would be repeated after six months, not every day. Vaish was not satisfied with this and sent his wife to the chief medical superintendent with a request to get his spleen examined again as a special case. The superintendent ordered it to be re-measured, and the results showed that his spleen had indeed reduced in size by thirteen centimeters. Since the tablet was not that effective, the doctors were all amazed at the sudden change. When they expressed their surprise to Vaish, he pulled out the umbrella and said, “By its grace.”

Maharajji and the Smallpox

Dada’s nephew was dying of smallpox and apparently the last moment had come, for the body had been moved from the bed to the floor. It was suggested that a drop of water from the Ganga, with which Maharajji’s feet had been washed, be placed in the boy’s throat. When this was done the boy sat up, and by the next day the smallpox was gone.

At that same time, many miles away in the hills where Siddhi Ma was with Maharajji, suddenly Maharajji developed these spots all over his body. Since smallpox was not frequently seen in the hills, the hill people were not familiar with what it looked like. They got lotion and treated it as an allergy. By the next day the spots were gone and Maharajji said, “That was wonderful lotion. What could those spots have been? I must have been allergic to something.” Only much later was it ascertained that the boy’s cure and Maharajji’s “allergy” coincided.

One day Baba was sitting on a parapet by the roadside when a sadhu named Balak came and offered pranaam to him. Baba said to Balak, “What’s the trouble?” Balak told him that he had been suffering from stomach pain since the previous evening. Baba gave him some of the remaining water from the lota (metal pot) that he used when washing. Balak drank this, and then Baba made him run around. In a little while the pain subsided.

The same day Pandit Mama also had pain in his stomach. Baba immediately got him admitted to Ramsay Hospital in Nainital and sent his devotees to enquire about his health throughout the day. A devotee asked Baba the reason for according different treatment to Pandit Mama. In reference to Balak, Baba said, “God takes care of the person who has no one to look after him. Pandit is a well-to-do man. He wants good treatment and also expects others to express their sympathy for him.”

When I explained the situation to Maharajji, he asked who the other doctor was, and when I told him his name Maharajji said, “Nay, nay! I want to see the first doctor, not this other one.”

Maharajji told me to come to him after three days. This was a long time and I was impatient. After two days the first doctor had returned, so I made an appointment for Maharajji. I went immediately to the dharmashala (hostel) to tell him, but Maharajji’s luggage was just being carried out. When I told him the doctor had come, he laughed and said, “Today I’m going to Rameshwaram.” He refused to let me accompany him.

Nearly a month later, on my way to Bombay, I broke my spectacles. A specialist there made new spectacles for me, but within five minutes of putting them on I got a serious headache. The specialist checked everything and said they were all right but it would take a few days to get used to them.

I returned to Madras, but I still couldn’t put on those specs for more than a few moments. I decided to show them to a specialist in Madras and wondered which one I should go to—the first doctor or the second. Now, the second was very quick and always available, while the first was very busy and one had to wait for hours to see him. But I remembered what Maharajji had said, so I made an appointment with the first one. When I told my son, he asked to come along for a checkup. The doctor tested my eyes and found that the new specs the Bombay doctor had given were the wrong prescription. That was corrected. When he examined my son’s eyes he found the cornea was torn— serious enough for an immediate operation. Although he missed his final examinations at college, my son’s eyes were saved. This is what Maharajji’s lila (play; game) of a month earlier had been about.

In 1972 Babaji once complained that there was something wrong with his heart. It was painful and he could not sleep at night. Of course, there was no question of his sleep—he would be awake all night whether ill or not. Someone suggested that he be taken to Dr. Joshi, the Civil Surgeon, at Nainital. Babaji just looked at me and said, “Joshi is coming this morning.” He was a devotee and sometimes came to Kainchi and had actually said he would be coming on that day.

When Dr. Joshi heard the story, he said Maharajji should come to have a test at Ramsay Hospital in Nainital. The next day the devotees took Babaji to the clinic where the electrocardiogram machine was kept. All the talk was about the machine, where it was made, how it was made, and Babaji wanted to see how it worked. There was no talk of disease or illness. The test was made and nothing was wrong.

Before Maharajji took his mahasamadhi there was such a drama created in Kainchi. For two days all the devotees were confused and upset because it seemed that Babaji had had a heart attack, but the doctor had come and said he was all right. On the ninth of September when Babaji said he would leave, Inder at first refused to take him to the train station because Baba had not been well. However, Babaji insisted and it was done. On the day that he took his samadhi, he visited his devotee in Agra, the doctor, who examined him and found everything – heart, pulse, everything – perfect. How is it to be explained?

– Excerpt from By His Grace by Dada Mukerjee

In the Form of Destiny

On a dark evening in Bhumiadhar, November 9 1962, Brahmachari Baba was warming himself by a fire, outside the temple on the roadside. Maharaji was sitting alone in meditation in his kuti. A thin, weak man with long, matted hair, wearing shabby and tattered clothes, came and sat quietly near Brahmachari ji. His hands and feet were both twisted. Brahmachari was looking at him, taking in every detail, when Maharaji came running out shouting, “You have come, you have come,” and sat with them by the fire. Since Brahmachari ji was in Baba’s service, he got up and stood beside him.

Baba asked the visitor, “Where have you come from and where are you going to?” He replied, “I have come from Pilibhit and am going to Meerut.” Brahmachari ji wondered to himself why he had come to Bhumiadhar instead of going directly from Pilibhit to Meerut. Just then Baba asked, “What is the purpose?” He said, “Lal Bahadur Shastri is to be made the prime minister.” Hearing this, Brahmachari was surprised, for there was no question of making Shastri prime minister in the lifetime of Jawahar Lal Nehru.
Baba then enquired about his devotees one by one. The first question Baba asked was about Brahmachari ji, who was standing by him. The man said, “Brahmachari is the guru of sadhus.” After many questions like that one, Baba asked about Tularam Sah saying, “He is lying sick in Ramsay Hospital, what about him?” With a heavy heart he said, “It is not good that you save everyone. He will certainly die on the seventh day from today.” Baba at once got up and returned to his kuti. The stranger also went on his way and disappeared at once. On the seventh day after this incident, on November 16 1962, Tularam passed away. The sadhu did not mention a timeframe for Shastri ji, but he became prime minister after a year and a half.

You Will See God

My mother remained ill for a long time and suffered a lot. When her end came, we observed many wonderful changes in her. All her suffering disappeared, and a great tranquility was seen on her face. An attractive radiance engulfed her.

While she was in this blissful state, I went to the prayer room and fetched the picture of Ram durbar (Lord Ram’s court) that she worshiped daily and placed it before her eyes. No sooner did she set eyes on it than she transcended herself. Her eyes were fixed on that picture, and looking at it without blinking, she passed away.

My mother’s joyful face and the luster in her eyes gave us the impression that she saw God personified in that picture. All of us forgot the grief of parting, and overwhelmed by emotion, we chanted the name of Ram. This event took place after Maharaj’s Mahasamadhi.