New Zealand Is About to Test Long-Range Wireless Power Transmission 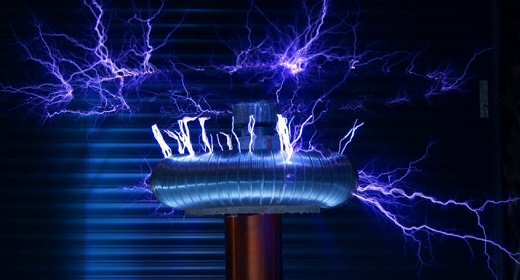 oblivious to the profusion of artificial lightning rending the air meters away. By then, Tesla and raw electricity were like an old married couple.

The experiments, conducted in Colorado, led to one of Tesla’s most audacious proposals: To power the world without wires. He made headlines with plans for a “world wireless system,” and won funding from JP Morgan to build the first of several huge transmission towers.

But Tesla’s wireless energy dream died soon after. JP Morgan canceled additional funding. The tower was demolished. Later scientists were skeptical Tesla’s plans (which were a bit vague) would have worked.

Now, if New Zealand startup Emrod has its way, Tesla and Marconi’s dreams may merge. The company is building a system to wirelessly beam power over long distances. Earlier this month, Emrod received funding from Powerco, New Zealand’s second biggest utility, to conduct a test of its system at a grid-connected commercial power station.

The company hopes to bring energy to communities far from the grid or transmit power from remote renewable sources, like offshore wind farms.

The system consists of four components: A power source, a transmitting antenna, several (or more) transmitting relays, and a rectenna.

First, the transmitting antenna transforms electricity into microwave energy—an electromagnetic wave just like Marconi’s radio waves, only a bit more energetic—and focuses it into a cylindrical beam. The microwave beam is sent through a series of relays until it hits the rectenna, which converts it back into electricity.

With safety in mind, Emrod is using energy in the industrial, scientific, and medical (ISM) band, and keeping the power density low. “It’s not just how much power you deliver, it’s how much power you deliver per square meter,” Emrod founder, Greg Kushnir, told New Atlas. “The levels of density we’re using are relatively low. At the moment, it’s about the equivalent of standing outside at noon in the sun, about 1 kW per square meter.”

But if it works as intended, the beam won’t ever contact anything but empty air. The system uses a net of lasers surrounding the beam to detect obstructions, like a bird or person, and it automatically shuts off transmission until the obstruction has moved on.

The technology—power transmission via microwave energy—has been around for decades. But to make it commercially viable, you have to minimize energy losses. Kushnir said metamaterials developed in recent years are the difference-maker.

The company uses metamaterials to more efficiently convert the microwave beam back into electricity. The relays, which are like “lenses” extending the beam beyond line-of-sight by refocusing it, are nearly lossless. According to Kushnir, most of losses happen at the other end, where electricity is converted into microwave energy. Overall, he said the system’s efficiency is around 70%, which is short of copper wires but economically viable in some areas. And it’s those areas the company’s aiming for.

“…we don’t foresee in the near future a situation where we could say all copper wire can be replaced by wireless,” Kushnir said. “Inherently, it’ll have lower efficiency levels. It’s not about replacing the whole infrastructure but augmenting it in places where it makes sense.”

The company’s prototype can currently send a few watts of energy over a distance of about 130 feet. For the Powerco project, they’re working on a larger version capable of beaming a few kilowatts. The plan is to deliver the new system to Powerco in October, test it in the lab for a few months, and then, if all goes to plan, try it out in the field. The tests will aim to validate how much power the system can transmit over what distance.

Though the current model is modest, Kushnir says it should scale.

“We can use the exact same technology to transmit 100 times more power over much longer distances,” he said in a press release. “Wireless systems using Emrod technology can transmit any amount of power current wired solutions transmit.”

Ray Simpkin, Emrod’s chief scientific officer, told IEEE Spectrum that the company is also looking into whether they could beam power across 30 kilometers of water from the New Zealand mainland to Stewart Island. He said the system could cost as little as 60 percent of an undersea cable.

Ultimately, the technology may help power rural areas or transmit energy from offshore wind farms, both cases where it’s expensive to build physical infrastructure to tap or feed the grid. In other cases, say in national parks, a mode of wireless transmission could have less impact on the environment and require less maintenance. Or it might be used to provide power after natural disasters in which physical infrastructure has been damaged.

It’s not Tesla’s “world wireless system,” but it just might make long-distance wireless power a commercial reality in the not-too-distant future.