by Donna Quesada: It is rare and beautiful to be moved beyond what words can describe and beyond what the body can comprehend

—it is to step into the realm of magic, where the only response the physical body can give is to break into chills. This started happening so regularly that I began referring to the phenomenon as the tinglies. They would very often come during prayer, like a soothing divine presence wrapping itself around me. 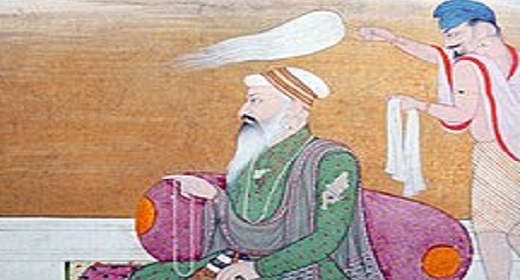 And finally I was able to cry – not out of sadness at the loss, but rather because of the presence of pure and perfect love that is Maharaji and which I felt in this gathering of hearts. In the reflection of the candlelight I looked at the faces of my guru brothers and sisters and saw their expressions of love and the purity of their hearts. ~Ram Dass

It is often said that faith is the portal to this realm. To an extent, I have found that to be true. But I found that the other necessary quality is desire. That is to say, an ardent longing to connect.

Although we tend to think of faith as a weakness in this culture, it requires great courage. Without faith, only intellectual knowledge can be achieved, but we’ll never be able to hear the wordless messages of our soul.

In my work as a healer, we learn to state our intention and then “get out of the way.” The most effective healers are the ones who understand that they are merely channeling the healing energy, that it doesn’t originate with them.

In the same way, with prayer… actively stating your plea is only one way to pray and one part of the prayer. Like the Yin and the Yang, this active component requires the softer counterpart of allowing. Without this essential moment of stepping back, and truly relinquishing attachment to the outcome, the prayer is incomplete. It’s a subtle balance between proclaiming and letting be. The allowing is when we rely on faith.

I experienced the miracle of faith most pointedly when a student asked me for help one day. I told him I would like to reflect for a day or two on his situation. Truth be told, I wasn’t sure how to help and yet I continued probing my mind for a solution—until I asked for advice from my spirit guides.

Then, as if on cue, right at the moment of surrender, I perceived the answer. Like a thunderclap, it hit me, that if I’m asking for help, then I have to allow help in. I have to get out of the way. It’s the way it works. It’s the inexplicable magic behind the adage to let go and let God. But, the most important part is that your trust has to be real.

Just then, as I was driving, a car suddenly swerved to the side of me, just missing my car. The personalized license plate triggered my recollection of a biblical quote that I never remembered learning in the first place. My grandmother’s prayers were the extent of my religious training and I had never read the bible. This quote enabled me to see into my student’s situation with perfect clarity and I knew in my heart, what he should do.

When I contacted my student, he was shocked because the quote I mentioned to him was the very same one his mother used to read to him as a child. I didn’t even know his religious background, and it wouldn’t have mattered to me. I simply took a chance and related what had come to me. He later told me that after we said goodbye, he had made amends with his situation. It was the correct solution, indeed.

I no longer remember what the quote was.

Through practice, my antenna was becoming better attuned to the messages that were always there. It’s a practice that has to be maintained. I am less likely to connect when I get lazy in my practice.

But the openness to receive was always in my heart. In Prayer Part 1, I shared the way my grandma used to teach me how to say my bedtime prayers, as a girl. The effect she had on me was diametrically opposed to the effect she had on my mother. Since my mother had understandably rebelled against Catholic school as a teen, she wanted nothing to do with anything religious. But, I had no resistance and I liked the prayers, the holy water and the church days. I especially loved the images of Mother Mary in Grandma’s house.

And I dreamed of one day witnessing a miracle. I liked wondering about God. It was cozy to think that someone was watching over me. I think my grandmother saw me as her last hope… to instill within me a love of God, and so, out of love for me, she tirelessly endeavored to make me a believer when I would spend summers with her.

I like to think that she would come to see her efforts as victorious, even though my love of things spiritual (and religious) have no denomination. After all, as Caroline Myss says so pointedly, “God has no religion.”

I value true experience above belief… and there is nothing so comforting than truly feeling a benevolent presence within, like a “little friend” that is always there. It is perhaps like “the witness” that Swami Rama’s teacher described. Or, like the “little teddy bear” that Ram Dass, admired author of Be Here Now, spoke of.

Perhaps the most beautiful prayer I know is the one that came to me from the 16th century Sikh saint, Guru Ram Das, when I was angry one night… When I got into bed, I prayed to him, asking for a prayer and I received this:

As for the quality of desire, I again recall Caroline Myss’ words about the hard knock, or the dark night. In other words, something usually has to happen… to awaken within us that ardent and passionate desire to connect. And in more cases than not, it is because we are in some sort of physical or psychological anguish… all of which arguably reduces to spiritual crisis. And so, we reach a point where we are ready to be liberated.

Read Part I Here: A Meditation On Self Prayer