Tesla Introduced A Business Model The World Has Not Seen Before

by Alex Voigt: You can save tens or hundreds of thousands of dollars with continuous improvements to a Tesla… 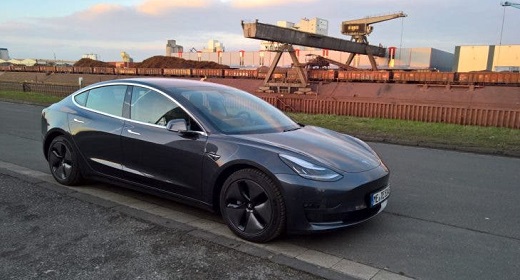 which is a stark contrast to other automaker that do something else continuously: ask you to pay again!

One of the major reasons why Tesla is winning against its competition hands down is completely overlooked, underrated, and rarely mentioned. It is the value creation for customers. Other manufacturers have no answer for.

Tesla adds value for its customers like no other company in the world. I am not talking about safety features, being fun to drive, or sustainable transportation soft values, but about hard dollars in their pockets. This has nothing to do with autonomous driving or robotaxis, which, if they arrive one day, will add 6-digit value appreciation on top.

What we are experiencing today is not a competition about who has the fully electric vehicle (BEV) with the best specifications, the longest range, the best efficiency, or the ability to charge the fastest. What we are experiencing is not a competition between BEV and gas/diesel powertrains, but the competition between two contradicting business models. When Tesla started its operations, Elon Musk chose a unique business approach compared to all other automakers, and it makes all the difference. 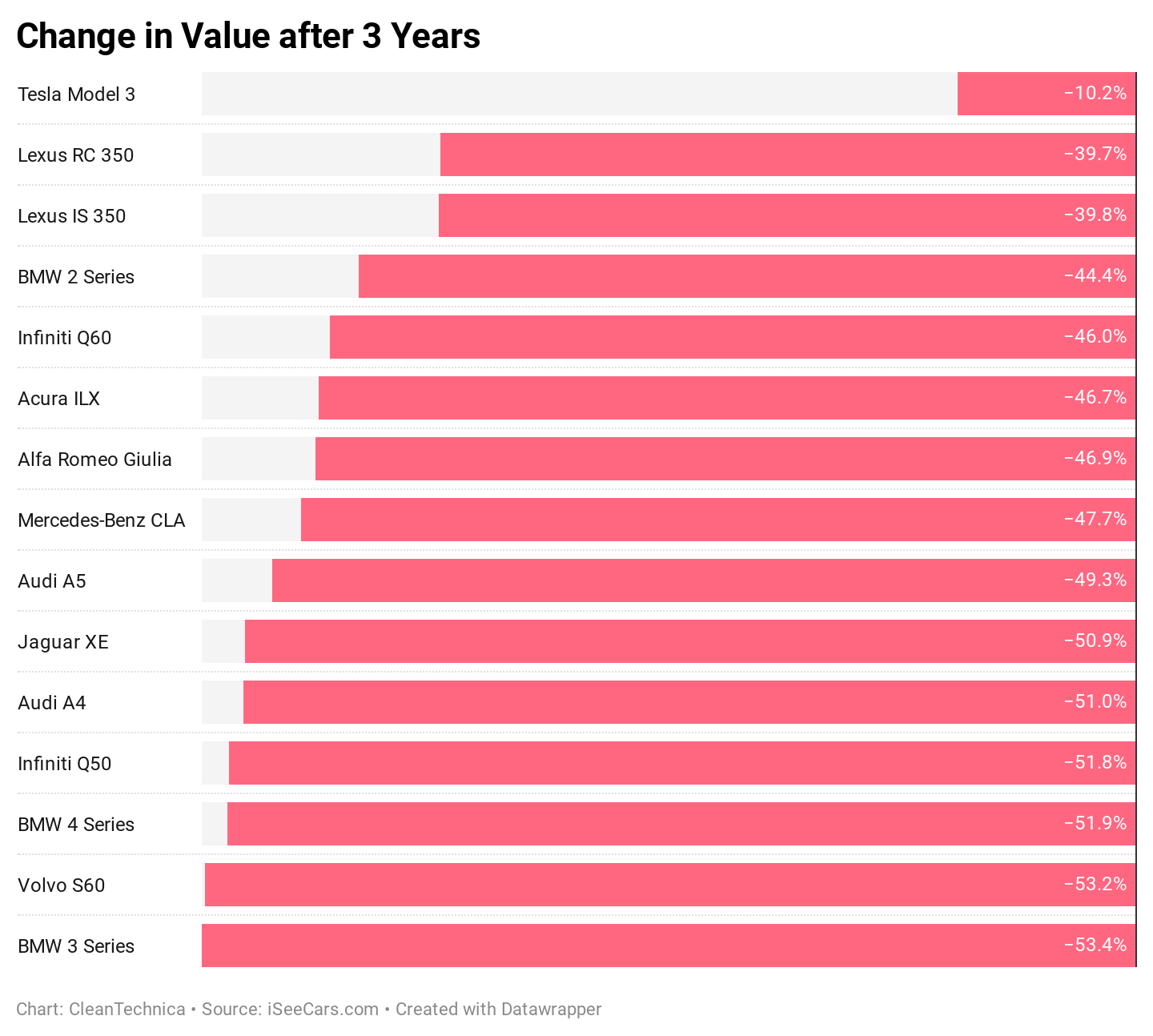 That difference is expressed in today’s high market cap of Tesla [TSLA] despite still low vehicle delivery volumes. The incremental value Tesla creates per vehicle for its customers is higher compared to any other competitor, and that is critically important for a successful business. If customers get a better deal financially, why should they ever buy again from the competition?! The business case Tesla offers to its customers is worth some tens of thousands or up to hundreds of thousands of dollars per car over 10 years, and no one can compete with that.

Tesla is the only automaker worldwide that continuously improves the vehicles it has sold, and for free. Compare this to all other companies that sell you, again and again, a new model with slight changes for a premium price. With a well-thought-through set of hardware, a Tesla vehicle can continue to improve with over-the-air software updates almost endlessly. Minor hardware adjustments are silently included when ready but not even advertised. The newest Autopilot computer is also a good example of adjustments in older vehicles that are free of charge to keep your car up to date.

Other continuous improvements are included in the hardware when appropriate, and many are not even immediately detected by the market. Some hardware changes are included that don’t move into previously produced cars, but that does not matter for the value created for its customers as long as the delta between used car values and new car values of comparable competitor vehicles remains the same. That will be explained in depth later in this article. To conclude: the hardware gets better, the software gets better, and the bulk of it is for free.

Tesla’s unique business approach is a key difference to the annual model releases incumbents are known for. With smaller changes and adjustments often combined with a facelift, this did guarantee that consumers for many decades wanted the latest and greatest new model and, of course, had to pay a premium price for it. A model was enhanced and slightly changed on a regular basis to drive sales. That business model enabled manufacturers to continuously sell new cars for 100+ years because consumers wanted the latest and greatest advertised features. Marketing and ads successfully motivated them to do so. They guaranteed a conversion and stable revenue flow from an old customer who sold their used vehicle, with depreciation, to people who could not afford a brand-new car. The used car created further aftermarket revenue with services and spare parts.

Tesla instead decided to produce one hardware set that improves with software updates. The business model requires an integrated and centralized IT architecture and a “vehicles build around a computer” approach. It is superior because, as a consumer, you have a new vehicle all the time regardless of how many years you own it. It is almost as if it does not age, a Dorian Gray of the automotive world, with many secrets but no hidden aging painting. For that reason, you do not have a Tesla model year, but a car with a certain software version, and that version describes how current your car is. The software version, not the year of production, describes what it can and can’t do.

This is actually not comparable to smartphones. In that market, you are gently forced to buy a new smartphone from the brand of your choice due to your wish to have the latest functionality, or you stick with an outdated phone with old functionality. Tesla’s approach is different. Because it is so new and different, it is not understood and the consequences are misinterpreted. Tesla is the most misunderstood company in the world. Even today, with continuous strong coverage in the media and a ton of analysts turning every stone over to understand the market cap, almost nobody understands the basics of their fundamental business model.

The approach from incumbent automakers to sell models with enhanced hardware features makes sense since they earn money with every vehicle sold, and even more important, with spare parts and services in the aftermarket. Their global fleet of used vehicles is the cow they milk until it dies in an accident or by old age decades later. Without the after-sales business, most automakers would be structurally unprofitable, because the revenue stream from the fleets on the roads is tremendously large and much more important for their bottom lines than new vehicle sales.

A Tesla does not have a large fleet on the road or significant after-sales business, so how can it make any profit, especially when giving continuous vehicle improvements away for free? If you don’t have an answer to that question, you do not understand what Tesla is doing.

A BEV is a car that does not have a lot of wear and tear, compared to a car with a combustion engine. The latter is a vehicle that is under tremendous stress, with continuously exploding gas inside putting force on many parts of it until those parts need to be replaced. Many parts need continuous care and have to be exchanged again and again to keep the car running. An entire industry with a separate supply chain, separate services, and separate manufacturing has lived on that after-sales business for 100 years very well with profits much better than vehicle manufacturing offers.

Without the after-sales revenue, the automotive industry is structurally unprofitable. An incredibly large fleet of 1.33 billion vehicles in the world need to be repaired and serviced every day. A BEV does not need all of that after-sales service, and typically has a long life. Already, today, Tesla can deliver a battery lasting a million miles. Soon, a million miles will be a standard for a Tesla and expected from customers. It is a long-living vehicle and will hold two times the life of a gas/diesel car for a fraction of the cost, or even longer.

If you now expect low revenue and profits for Tesla, the opposite is true. Tesla is one of the most profitable automakers in the world. How can that be and how is that possible? The answer is simple. A gas/diesel vehicle manufacturer is only selling a new vehicle if a buyer in that specific vehicle segment needs one to replace the previous car or wants the latest and greatest new model. The market for incumbents is saturated with the demand of about 70–90 million vehicles per year. With a projection of 20 million Tesla vehicles per year, Tesla could account for about 25% of the annual market. That alone could be the largest revenue increase the world has ever seen in the auto segment and could mean long-term revenues and profits.

The margin and revenue from a Tesla will be much bigger than what any internal combustion engine (ICE) car will ever create, because Tesla doesn’t only sell a car, but also the vehicle software, a charging network, energy to power it, car insurance, a solar roof, and house batteries, to name just a few things. All of this needs software, and software is eating the world, with incredibly high margins. Altogether, Tesla offers a growing ecosystem of high-margin products and services that can be bundled and structured to make them especially attractive to consumers attractive. In a German survey conducted a few weeks ago, Tesla asked customers about their interest in buying a bundled package of solar and a home battery.

With the costs for batteries and manufacturing decreasing faster than anticipated, margin is increasing rapidly too, and the pure pace of innovation in manufacturing and new technology gives us all a sense of how much additional cost reduction and profit gain is still possible. All of that cannot be easily copied by the competition, and is, therefore, a gigantic moat for Tesla.

Even if you are looking just for a car and do not care at all about all the other services and products, a Tesla vehicle could be worth much more to you over a long period of time than any other car in the market, because it does not get old in the same ways and stays current.

The money a consumer loses to the automotive industry today by continuously buying new models and paying for aftermarket needs is lost forever, but with a Tesla, the value remains within your vehicle and is reflected in a high resale value too.

You can calculate with many different vehicles and compare them to a Tesla, but in every case, the value saved over 10 years will be either in the tens of thousands or hundreds of thousand (euros or dollars).

If you want the latest and greatest model with the most current functionality, like with a Tesla, you would have to sell your old car, accept the 20% loss, and buy one of the newest models. If you do that for 10 years assuming a Tesla will lose value at the same rate, you lose 200% of the vehicle price, or the value of 2 new cars. That’s an incredible amount of money.

With 1.33 billion vehicles to be exchanged worldwide and Tesla being the automaker that gives consumers more money back than anybody, Tesla will never have a shortage of demand. It will sell cars with a strong margin for decades, because it gives more back and, if needed, the company can define its optimal price point. The options to scale additional businesses and services around long-lasting vehicles are underestimated and a still huge untapped opportunity. The vehicle data collected alone is worth billions, and with incremental entertainment services, Tesla could drive serious revenue with a 90% margin if it wanted.

Money in the pocket matters for consumers, and the consumer is what Tesla cares about. Instead of ripping the consumer off, Tesla is giving her or him back the money other car companies rely on for their existence. That small detail will create tremendous business pressure on the incumbent auto industry.

If you do not have vehicles that incrementally improve for free with over-the-air updates, you won’t be in business for very long, or will shrink until you are unrecognizable.

Smarter people than me may create a nicer name for this, but I call it “The Tesla Effect.”