What Your Anger May Be Hiding

by Leon F Seltzer Ph.D: Reflections on the most seductive—and addictive—of human emotions… 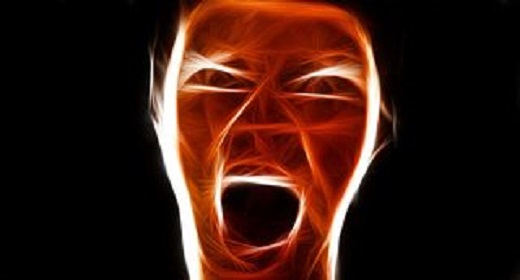 If Anger Helps You Feel in Control, No Wonder You Can’t Control Your Anger!

The heading above (which, half-seriously, I’ve contemplated submitting to various quotation dictionaries) aptly sums up my professional experience working with this so very problematic emotion. In the past 20+ years I’ve taught well over a hundred classes and workshops on anger management and delivered many professional presentations on the subject.

When I first became interested in exploring this typically destructive emotion, the clinical literature devoted to it was curiously scant. But times have changed dramatically since then. With the increasing occurrence of such phenomena as road rage, drive-by shootings, high school and post office killing sprees—in short, with the prevalence of violence in America today—the attention given to acting-out, out-of-control anger may never have been greater. Probably no fewer than 50 books on anger geared toward the layperson have emerged in the past 15 years or so. And in 1995 a much overdue professionally-oriented book, entitled Anger Disorders: Definition, Diagnosis, and Treatment (ed. Howard Kassinove), finally proposed a comprehensive set of diagnostic categories to deal with anger as itself a clinical syndrome—rather than an emotion linked to other mental disorders.

As a psychologist, however, what I’ve learned about anger has come as much from my efforts as a therapist to better understand its dynamics in my clients as from examining the various writings focused on it. In what follows, I’ll try to highlight some of the insights I’ve gained from trying to make coherent sense of the self-defeating behaviors I’ve seen in scores of challenging cases.

If to Freud all defense mechanisms exist to protect the personality from an intolerable attack of anxiety when the ego is under siege, it’s strange that he never considered anger as serving this pivotal psychological function. But to regard an essential human emotion as mainly designed to safeguard an individual from another, much more distressful emotion, is hardly a line of reasoning Freud might have been expected to follow. Still, in my own clinical experience, anger is almost never a primary emotion in that even when anger seems like an instantaneous, knee-jerk reaction to provocation, there’s always some other feeling that gave rise to it. And this particular feeling is precisely what the anger has contrived to camouflage or control.

The simplest example of my admittedly unorthodox relegation of anger to secondary, “reactive” status might relate to the universally frustrating situation of being cut off while driving. Virtually everyone I’ve ever asked has responded emphatically that their immediate reaction to such an event is anger. But when I further inquire as to what being “cut off” typically involves—namely, the very real threat of an accident—they realize that in the fraction of a second before acting successfully to avert a collision, their emotion must certainly have been one of apprehension or fear. Cycling from the heightened arousal level of fear to equally intense anger happens with such breathtaking speed that almost no one can recollect that flash of trepidation preceding the anger—or even rage. (And rage itself seems mostly a more potent, or desperate, form of anger created to fend off an even more serious threat to one’s ego or sense of personal safety—whether that threat is mental, emotional, or physical.)

The internal dynamic depicted in this illustration is the same with a whole host of emotions that, as soon as they begin to surface, can be effectively masked, squelched, or preempted through the emergence of secondary anger. And just as other defenses hinder healthy psychological coping (by hiding the underlying reality of anxiety that needs to be dealt with), so does anger belie the fragility of the ego that must depend on it for shielding and support.

Anger as a Neurochemical Way of Self-Soothing

With very few exceptions, the angry people I’ve worked with have suffered from significant self-image deficits. Many have been quite successful in their careers but far less so in their relationships, where anger triggers abound. Regardless of their professional achievements, however, almost all of them have been afflicted by an “I’m not good enough” program (and some with an additional “I’m a fraud” script as well).

In Steven Stosny’s excellent book Treating Attachment Abuse (1995), which delineates a comprehensive model for therapeutically dealing with both physical and emotional violence in close relationships, the author offers a chemical explanation of how anger—in the moment at least—can act as a sort of “psychological salve.” One of the hormones the brain secretes during anger arousal is norepinephrine, experienced by the organism as an analgesic.

In effect, whether individuals are confronted with physical or psychological pain (or the threat of such pain), the internal activation of the anger response will precipitate the release of a chemical expressly designed to numb it. This is why I’ve long viewed anger as a double-edged sword: terribly detrimental to relationships but nonetheless crucial in enabling many vulnerable people to emotionally survive in them.

As Stosny describes it, symptomatic anger covers up the pain of our “core hurts.” These key distressful emotions include feeling ignored, unimportant, accused, guilty, untrustworthy, devalued, rejected, powerless, unlovable—or even unfit for human contact (cf. John Bradshaw’s “shame-based identity”). It is, therefore, only reasonable that if the self-elicitation of anger can successfully fend off such hurtful or unbearable feelings, one might eventually become dependent on the emotion to the point of addiction. The psychological concept of self-soothing is unquestionably relevant here. For we all need to find ways of comforting or reassuring ourselves when our self-esteem is endangered—whether through criticism, dismissal, or any other outside stimuli that feels invalidating and so revives old self-doubts. If we’re healthy psychologically, then we have the internal resources to self-validate: to admit to ourselves possible inadequacies without experiencing intolerable guilt or shame. But if, deep down, we still feel bad about who we are, our deficient sense of self simply won’t be able to withstand such external threats.

The remedy in this case? Paradoxical as it may seem, anger—even though it destroys any true peace of mind or sense of well-being—can yet help us to soothe ourselves. For our anger potently serves to invalidate whoever or whatever led us to feel invalidated. In adamantly disconfirming the legitimacy of the menacing external force, we self-righteously proclaim the superiority of our own viewpoint. Thus is our critical need for emotional/mental security restored.