10 Ways To Bring The Yamas + Niyamas Into Your Yoga Practice

by Kate Siber: These poses, mudras, and mantras will help you embody and explore yoga’s ethical and moral codes, on and off the mat… 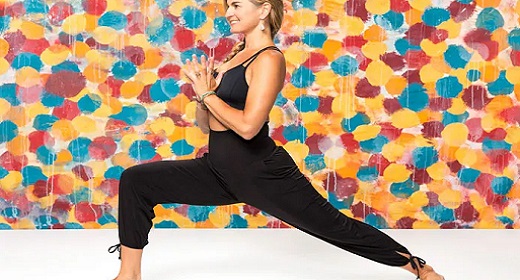 Long before the West embraced sweaty asana classes and tight-fitting yoga pants, yoga infiltrated culture in a much bigger, deeper way, providing practitioners with a fundamental philosophy for how to make their way through the world.

“Yoga is much broader than just asana,” says Nicolai Bachman, a Sanskrit scholar based in Denver and author of The Path of the Yoga Sutras: A Practical Guide to the Core of Yoga. “It’s really a way of life.”

What Are the Yamas and Niyamas?

In the Yoga Sutra, a seminal collection of texts written between the second century BCE and fifth century CE, philosophers outline an eight-limbed, step-by-step path for purifying the body and mind. The ultimate goal: to help practitioners cultivate a steady mind, leading to calm bliss. The first two stops on the path, even before the physical postures called asana, are ethical principles that are supposed to guide how we relate to other people and how we take care of ourselves. They’re called the yamas (social restraints) and the niyamas (self-disciplines).

The five yamas ask practitioners to avoid violence, lying, stealing, wasting energy, and possessiveness, while the five niyamas ask us to embrace cleanliness and contentment, to purify ourselves through heat, to continually study and observe our habits, and to surrender to something greater than ourselves. Many of these principles have multifaceted nuances. For example, Bachman says, the meaning of the niyama tapas—purifying through heat—isn’t so much about sweating out toxins in a hot yoga class as it is about tolerating the heat of friction, or mental discomfort, when one habitual pattern rubs up against a new, more beneficial one.

Because these principles were written thousands of years ago and once considered mandatory vows for any yoga practitioner, the yamas and the niyamas can be difficult ideas to market or embrace in a secular, contemporary society. But Deborah Adele, author of The Yamas & Niyamas: Exploring Yoga’s Ethical Practice, describes them less as rigid directives and more as reflective tools that allow us to deepen our self-awareness in yoga class and beyond. “I understand the meanings of these concepts in different ways every time I study them,” says Adele. “When I first ran across the yamas and niyamas, my reaction was, ‘Well, I’m not violent and I tell the truth.’” But with more reflection, she realized that ills like violence, dishonesty, and stealing have subtler manifestations, too. For example, violence isn’t just firing a weapon; it may also arise in the harsh ways we treat ourselves, such as pushing into a potentially injurious pose to keep up or compete with classmates. And practicing the yama of non-possessiveness (aparigraha) could be interpreted as letting go of old grudges.

Bringing the Yamas + Niyamas Into Your Practice

The benefits of paying attention to the yamas and niyamas may not be as instantly gratifying as a good asana class, but they can be deep and long lasting. Contemplating them can shine the light of awareness on parts of ourselves that we don’t always notice, and help us live in a way that doesn’t cause harm, which in turn allows for less regret and a more peaceful mind, explains Adele.

So how can you incorporate these time-tested moral and ethical codes into your own life and practice? Start with the poses, mudras (hand-and-finger gestures), and mantras (a sacred utterance repeated continuously) below, designed to help you embody and explore all 10 yamas and niyamas. “Practicing the ethical codes from every perspective helps fortify the concepts within the body and the mind,” says Coral Brown, an internationally recognized vinyasa yoga teacher and psychotherapist based in East Greenwich, Rhode Island, who developed these practices. “And what you practice, you become.”

10 Practices to Foster the Yamas + Niyamas

Each of the practices below embodies a yama or niyama, helping you to reflect on the unique lessons it provides. The asana is also accompanied by a mudra, meditation, and mantra that focus you on the subtle and not-so-subtle ways each yama or niyama plays out in your life. Hold each pose, with its mudra, for three to five breaths, mindfully chanting, aloud or internally, its accompanying mantra. Do each practice on its own or link them together as a sequence.

Yoga Practices for the Yamas

Yoga Practices for the Niyamas