Conspiracy Theories In The Spiritual Community

by Philip Goldberg: QAnon Has Taken Root in the Wellness Community… 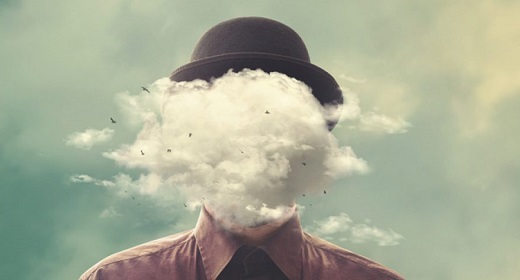 The QAnon conspiracy movement has invaded the wellness community, but its presence there is not as shocking as it might seem.

I was shocked to discover that the conspiracy movement known as Qanon has penetrated the so-called “wellness community,” a term that lumps together people who favor natural healing methods, teachers and students of yoga, and the non-conventional spiritual domain of independent and unaffiliated seekers typically defined as “spiritual but not religious.”

At first I thought there couldn’t possibly be enough Qanon followers in those overlapping groups to warrant anyone’s attention. Then I saw that both the New York Times and Rolling Stone reported on the phenomenon. So I spoke to friends and colleagues in the know, and they turned out to be so alarmed that I realized I had to take this seriously.

For those who don’t know about QAnon, Wikipedia defines it as a “far-right conspiracy theory” alleging that “a cabal of Satan-worshiping pedophiles is running a global child sex-trafficking ring and plotting against President Donald Trump, who is … planning a day of reckoning known as ‘The Storm’, when thousands of members of the cabal will be arrested.” The next sentence reads, “No part of the theory is based on fact.”

Add to that description, these details: the cabal supposedly consists of prominent Democrats and Hollywood celebrities; they drink the blood of captive children to fortify their own strength; terms like “Savior” and “Light Worker” are applied to the President, who will have the cabal executed en masse.

All this is apparently being propagated on social media through highly sophisticated algorithms.

Before going further, let me state unequivocally that my concern is not a matter of partisan politics. Hateful disinformation with the potential for violence transcends ordinary political considerations. Reverse the political polarity and I’d still be alarmed.

Why would such notions find adherents in spiritual circles? It seems to me that, by its very nature, the spiritual search draws people who find conventional models of reality inadequate; who (to paraphrase Shakespeare) sense there is more to heaven and earth than is dreamt of in secular philosophies; who know that science and materialism are not equipped to answer the Big Questions of existence; who look for portals into higher meaning, greater purpose, and transformation. Indeed, the wisdom traditions tell us that cosmic forces beyond our capacity to detect are at work, and they point us to sources of knowledge that transcend reason and sensory data. Lifting the veils of delusion and ignorance is central to the quest. This means digging deeper and reaching higher for threads that tie together the seemingly random, unpredictable events of the world.

But, as a prominent psychiatrist once told me, we create problems when we take our useful and desirable tendencies too far, or aim them in the wrong direction. Buddhists have a similar concept, called the “near enemy.” Near enemies are troublesome traits that are so similar to desirable ones that we don’t easily recognize them. Far enemies, by contrast, are obvious. Hate is a far enemy of love, for example, and easily comprehended. But love’s near enemies, such as unhealthy attachment and co-dependency, can easily go undetected.

Perhaps a near enemy of open-minded exploration is gullibility. Perhaps skepticism about mainstream institutions and conventional thinking has a near enemy in cynical distrust. Perhaps reaching for cosmic coherence finds a near enemy in magical thinking and susceptibility to erroneous—and possibly dangerous—assertions packaged as revelation.

In a half-century studying, writing about, and participating in spiritual communities, I’ve seen grand theories catch on many times only to fall apart. I’ve seen gurus, healers, and self-anointed prophets put on pedestals only to topple from them. I’ve seen utopian predictions kindle ecstatic hope only to end in disillusionment. In most cases, however, the motivating force was a vision of a harmonious, enlightened world to come. They may have been fantasies, but they were hopeful. They were idealistic.

By all indications, the Q conspiracy cult traffics in hate, but is often introduced in noble terms. High-minded people have been attracted to memes such as “Save the Children” and “Great Awakening.” Who doesn’t want to stop child trafficking? Who doesn’t hope that a global awakening will arise from today’s chaos? Other entry points include a justifiable skepticism about Big Pharma and concern about corruption in powerful institutions. According to experts, Qanon lures people with issues like those and then pulls them, byte by byte, down a rabbit hole that leads to racist, anti-Semitic, divisive rhetoric. (For a powerful account of how social media controls our minds see the Netflix documentary “The Social Dilemma.”)

In this unpredictable, chaotic era, when scary anomalies shock the system every day, it’s understandable that people seeking order and coherence would grasp onto something that proffers cosmic meaning. But we’re talking about a movement that the FBI has labeled a domestic terrorism threat.

The spiritual path invites us to open up to intuitive wisdom and to take the occasional leap of faith. But it also demands that we exercise the quality yogis call viveka—discernment. And it encourages us to remain spiritually grounded in the midst of uncertainty—to bow humbly before the unknowable mysteries. This can be difficult, but it’s an invaluable practice, and safer than clinging to the false certainty of dark conspiracy theories.

No one is immune to social media manipulation. We all need to be cautious and discerning, for our own protection and that of our fellow citizens.